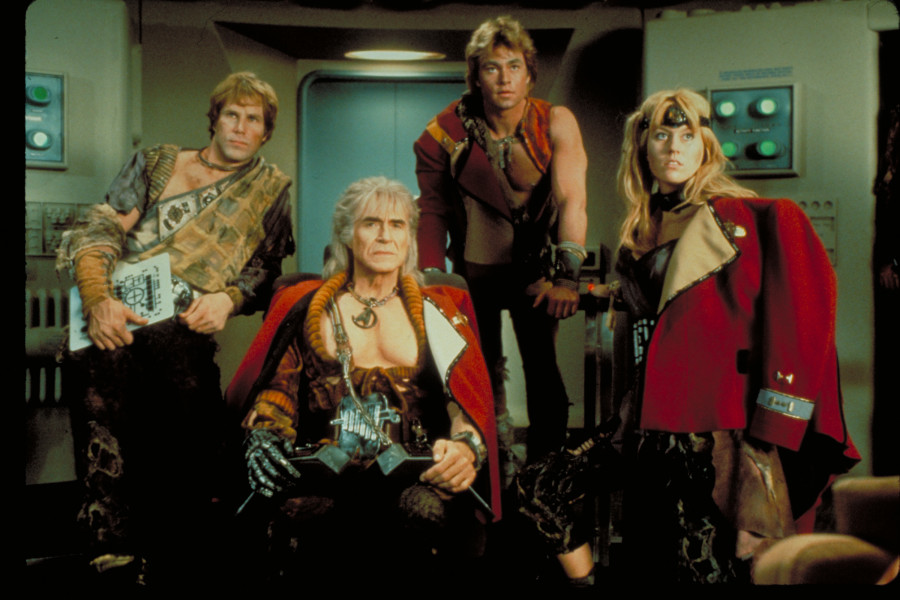 How The Wrath Of Khan Rescued Star Trek From Oblivion

And helped it live long and prosper, too

There are two people who can be said to have “saved” Star Trek over the last 50 years: Bjo Trimble and Nicholas Meyer. The former, who celebrated her 83rd birthday this past August, was born Betty JoAnne Conway, a Woman’s Naval Reserve officer who developed a taste for genre literature and helped to shape the early days of convention culture. By the mid-1960s, she was a locus of the American science-fiction fan community. She spearheaded the massive letter-writing campaign to NBC that provided the original series with a one-year stay of execution. By establishing the original Star Trek as a genuine cult phenomenon, Trimble ensured its future for enterprising minds in Hollywood and beyond.

That Bjo and her husband John were rewarded for their efforts with cameos in 1979’s Star Trek: The Motion Picture is a lovely example of a cultural monolith acknowledging the fans happy to bask in its long shadow. However, the movie itself, which was intended as the culmination of a decade of successful Star Trek ancillaries ranging from comic books to novelizations to an animated television series, was so poorly received that it seemed unlikely to extend the show’s resurrection into the 1980s.

Unfortunately, the first Star Trek film failed in its attempt to transform what had always been, at heart, a cheesy outer space western. (“Wagon Train to the stars,” in the famous estimation of creator Gene Roddenberry.) Intended as a a visionary epic à la 2001: A Space Odyssey (including special effects by Kubrick’s master collaborator Douglas Trumbull), Robert Wise’s lengthy, overproduced and over-budget film couldn’t meet its fan base’s expectations. It lumbered into theatres in the wake of Star Wars, amidst rumours of production conflict and ended up turning such a modest profit that Paramount had second thoughts about a sequel. Even star Leonard Nimoy expressed reservations about reprising his role as Mr. Spock. (A part he had symbolically disavowed via the title of his 1975 autobiography, I Am Not Spock.) 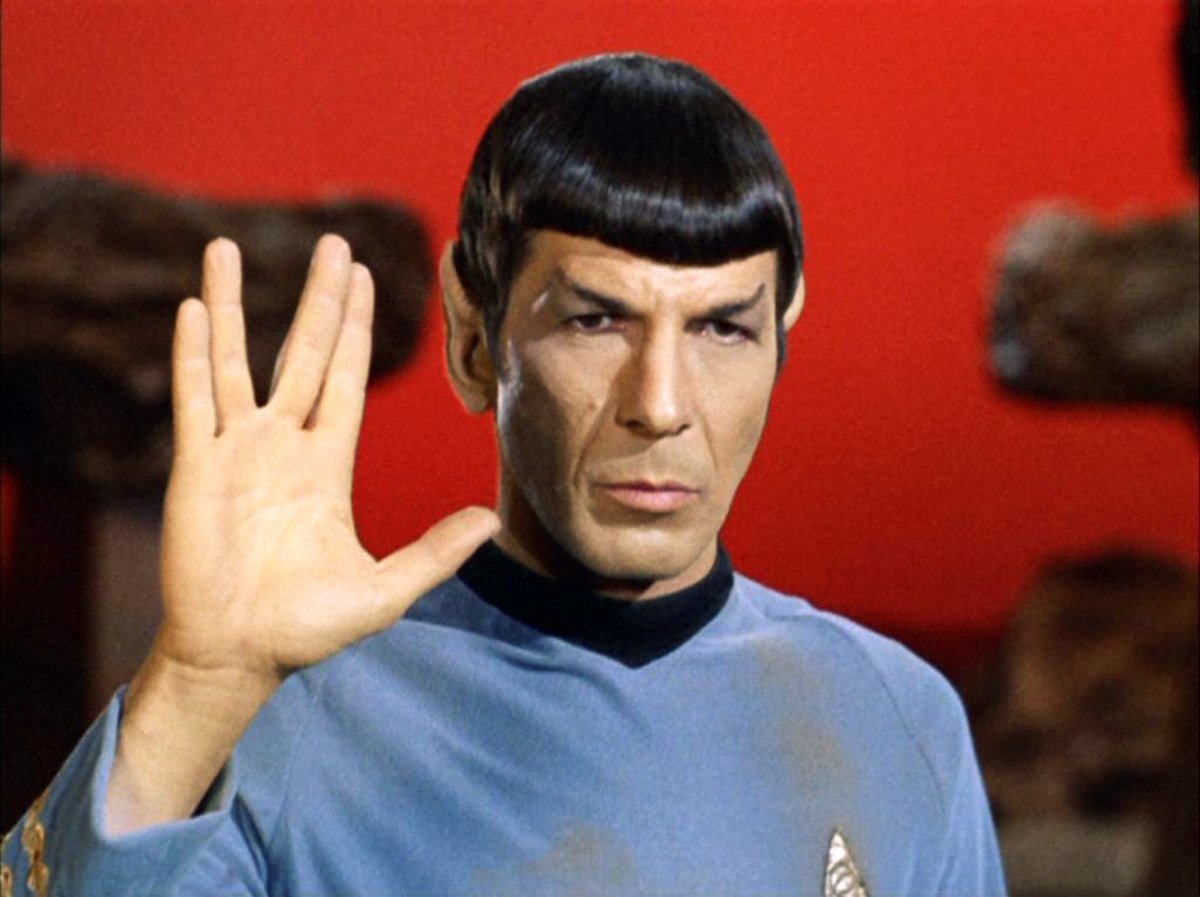 Enter director Nicholas Meyer, who had emerged in the 1970s as a minor wunderkind with a knack for generating clever premises using pre-existing characters or situations. Meyer was a precursor of sorts to post-modern auteurs like Quentin Tarantino and J.J. Abrams. His 1974 novel The Seven-Per-cent Solution ingeniously paired off Sigmund Freud with Sherlock Holmes. It opened with the shocking (and cheeky) revelation that the latter’s death in “The Final Problem” was a fabrication, proceeding into a wittily psychoanalytic intrigue in which the great detective and his rival Professor Moriarty are imbricated to a quasi-Oedipal conflict. He also wrote and directed the film adaptation, which starred Alan Arkin as Freud and Nicol Williamson as Holmes, alongside Robert Duvall, Laurence Olivier and Vanessa Redgrave. In 1977, the film garnered an Oscar nomination for "Best Adapted Screenplay," an auspicious debut for the first-time writer/director.

Meyer’s next project was an adaptation of Karl Alexander’s 1979 novel Time After Time, which imagined H.G. Wells battling Jack the Ripper in modern-day America. Alexander had the bright idea to bring together two complementary icons of Victorian-era England. Wells was the bright, optimistic avatar of modernity and the Ripper was its ugly, death-driven underside. Still, it was Meyer’s wonderfully seriocomic tone, embodied best in Mary Steenburgen’s performance as a San Francisco bank teller attracted to the antiquated gallantry of Malcolm McDowell’s Wells, that made the movie a hit. Meyer’s ability to indulge literary pretensions without getting carried away was prodigious. The filmmaker had an innate sense of just how much hot air to pump into his featherweight conceits before they turned into lead balloons. At a time when American movies were starting to buckle under the weight of Star Wars’ heavy-metal aesthetic, his light touch was a hot commodity.

Which is why, in 1981, Meyer was approached to direct – or, really, to rescue – Star Trek II, or as it was known at the time, Star Trek: War of the Generations. The project represented a clash between Roddenberry’s regime and studio producer Harve Bennett, who derided Star Trek: The Motion Picture as “really boring.” Bennett was determined to make something cheaper and more enjoyable by any means necessary. This meant an endless series of script drafts and revisions organized around a few basic recurring ideas. First and foremost was that the film’s villain would be Khan Noonien Singh, the genetically-engineered superman played by Ricardo Montalbán in the classic 1967 Star Trek episode “Space Seed.” Secondly, that Spock himself would be killed off. By the time Meyer was hired on, he asked every co-writer to choose one element that they couldn’t bear to lose to make sure that it ended up in the final film.

It is a strange by-product of Hollywood politics that Meyer is not actually credited as a writer on The Wrath of Khan. The well-publicized revelation that Meyer had never actually watched an episode of Star Trek was actually the production’s secret weapon, since it allowed him to treat the material with irreverence. In a 1986 interview with the New York Times, Meyer explained that he was working with a “healthy sense of disrespect.” The reason the film is so great – not just the best Star Trek movie by several thousand light years but one of the most satisfying commercial movies of its decade – is how it grafts an ensemble of familiar and faintly ridiculous characters onto the dramatic and thematic spine of Herman Melville’s Moby Dick. Using Meyer’s knack for literary adaptation, The Wrath of Khan becomes a nifty bit of high-low jiu-jitsu that succeeds in raising Star Trek to the level of authentic myth.

The parallels of Montalbán’s Khan with Melville’s Captain Ahab are not subtle. Near the film’s climax, the broken-but-not-unbowed villain quotes his literary doppelganger as he takes his last, best shot at his old rival Kirk and the Enterprise (“From Hell’s heart, I stab at thee”). Montalbán’s brilliantly modulated performance as a former princeling transformed by circumstance into a radical – a shift mirrored by his wardrobe’s mix of rich Corinthian leather and quasi-Taliban drag – is rightly immortal. The more interesting point is how it makes William Shatner’s Captain Kirk into the proverbial white whale. Considering that circa 1982, Shatner was clearly out of his matinee-idol prime and trying to distance himself from the role that made him an icon, his casting as a guy whose past literally comes back to haunt him adds an extra layer to the text.

That same sense of meta-textuality pervades The Wrath of Khan, which keeps playing brilliant games with its status as a sequel. The film opens with the original cast all “dying” in a battle with Klingon ships that’s revealed to be a simulation. It’s a way of training a newer, younger cohort of Starfleet graduates to take up the Enterprise’s mission. Meyer sprinkles the script with references to Charles Dickens – there is no better sentiment that sums up middle-age than “it was the best of times, it was the worst of times” – a novel vantage point on youth’s glories, with a new and uncomfortable proximity to death. Khan’s wrath can be read as the revenge of Star Trek’s 1960s prime on a set of characters, actors and audience members no longer in their salad days. Still, the film is a work of great vitality. It’s propulsively edited and scored, containing so much spaceship versus spaceship action (at the behest of Bennett) that it could almost be a Star Wars movie.

As for the death of Spock – i.e. a way for Nimoy to hang up his pointy ears before they become permanently lodged on his skull – the act is imbued with precisely the kind of rich, overpowering emotions that detractors might have thought beyond Star Trek’s purview. The serial nature of the series meant that no matter how many times the Enterprise’s crew members found themselves individually or collectively at death’s door – at the wrong end of a lethal phaser, or trapped on a hostile world – they would always be bailed (or beamed) out by the writers at the last second. On television, the only way a main character can die is if the actor playing them asks for too much money. By killing off Spock, The Wrath of Khan not only made good on its title – Khan really did get back at Kirk by divesting him of his best friend, mirroring the accidental death of his own beloved ex-Starfleet officer on Ceti Alpha V – but it also introduced real consequences into a universe that had always been serenely safe. The perfectly melodramatic staging of Spock’s final act of self-sacrifice, with Shatner pressed futilely up against radiation-proof glass and Nimoy croaking out one last “live long and prosper” with his fingers feebly crumpled into a claw, is the stuff that countless movie theatre and dorm common-area ugly-cries are made of.

Of course, Spock didn’t stay dead for long. The carefully ambiguous aspects of Wrath of Khan’s ending, combined with its robust box office grosses and warm critical reception (including a rave from Pauline Kael!) meant that a third film was a formality. But there was a strange circularity to this. Even in a pre-internet era, the fan community had learned of the plans to kill off Spock and once again deluged the producers with requests to reconsider. This led to an uplifting, Nimoy-narrating coda added behind Meyers’ back. The enduring irony of Wrath of Khan is that the film heroically made Star Trek truly viable by having the guts to kill off its most beloved figure. Yet, it can also be seen as responsible for each and every cycle of the franchise’s decline and resurrection that’s followed over the last 30-plus years.

At times, Wrath of Khan’s influence has been overt. Audiences in 1982 had to wait two years for the Nimoy-directed Search for Spock (1984), while key episodes of Star Trek: The Next Generation, Deep Space 9 and Voyager riffed on the mano a mano antagonism of Kirk and Khan. Meyer’s own association with Star Trek continued as a writer on 1986’s Star Trek IV: The Voyage Home – a veritable remake of Time After Time, right down to the San Francisco location, except with a bunch of humpback whales. 2014’s grey-scale Star Trek Into Darkness cast Benedict Cumberbatch as Khan and essentially remade Meyers’ film beat-for-beat, except this time killing off Kirk (Chris Pine). Those films, while fine, aren’t a patch on The Wrath of Khan, but Meyer deserves his place in Star Trek infamy right alongside Bjo Trimble. Due to his heroic vision, a franchise that had been on life support has lived long and prospered.