Olivier Assayas remembers the upheaval that “changed the way we lived” 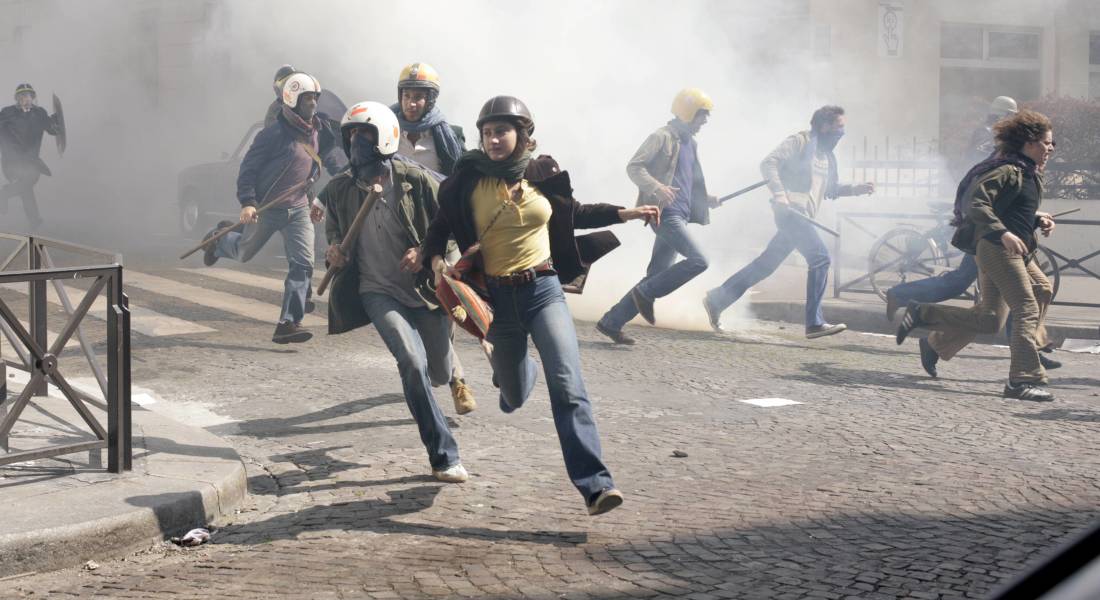 The wave of protests and strikes that swept across France in May 1968 was perhaps the greatest public challenge to a “First World” government in the postwar era: an unprecedented and thus far never-repeated upheaval that united student militants, industrial and white-collar workers, assorted left-wing groupuscules, the (late-arriving) French Communist Party and numerous ordinary citizens in opposition to both the government of Charles De Gaulle and the entire capitalist-consumerist “postwar consensus.”

Although he was too young to participate, Olivier Assayas was an eyewitness to the events of May, and his adolescence in the early-to-mid 1970s was accompanied and inspired by the reverberations from that explosion. The writer-director has revisited and explored this post-May era numerous times, in his breakthrough film Cold Water, the semi-autobiographical Something in the Air, the epic biopic Carlos, and his memoir A Post-May Adolescence. But beyond these literal treatments of the time, he has frequently noted that the spirit of May — the sense, as he says in the interview below, that “nothing is really solid, that whatever we take for granted, whatever we consider as the rule, is just a fabrication” — infuses all of his work, and continues to inspire his approach to filmmaking.

In advance of the upcoming screenings of Something in the Air and Carlos in our TIFF Cinematheque retrospective devoted to Assayas, we spoke to the director about his memories of May, and the lessons it taught him about both life and art.

You’ve often spoken about how important it was for you to witness the events of May ’68 when you were 13 years old. Can you describe the impact this event had on your approach to filmmaking?

Well, I think [May ’68] is something that defines a generation. You get the sense that the values of society are incredibly fragile, that they can be questioned. May ’68, had a very powerful anarchist core, meaning it was about questioning all the values in society, the very foundations of the world we lived in. I was in school one day, and then all of a sudden, there were no trains, there were no teachers, it was a problem to find gas for my parents’ car. And the politicians we saw on TV were scared — I mean, they had a sense that they might not be around the next day. And the idea of a revolution was something that was extremely real. It came, like, inches [away] from happening in France.

So I grew up in the following years, meaning late-’60s, mid-’70s, living in a world where revolutions happened — where you’re not going to look for a job, you’re not going to care about savings, your career, you didn’t care about getting married, having a family or whatever. Because all that was from the past. The future was a new, revolutionary society — which ended up not exactly happening, and gradually it came back to normal.

But it’s a very strange experience when, as a very young man, you discover a world that is in complete turmoil. So it gives you a sense that nothing is really solid, that whatever we take for granted, whatever we consider as the rule, is just a fabrication. The reality is that everything can fall apart tomorrow. It’s something that makes such an imprint on you that you stay with that notion, and it gives you a very specific worldview, which is very hard to share with the other generations who fantasize [about] whatever happened in May ’68 and translate it in terms of politics, in terms of ideology, in terms of Marxist thought, and so on and so forth. But the reality is much deeper than that. It was the very values of society that were shaken. 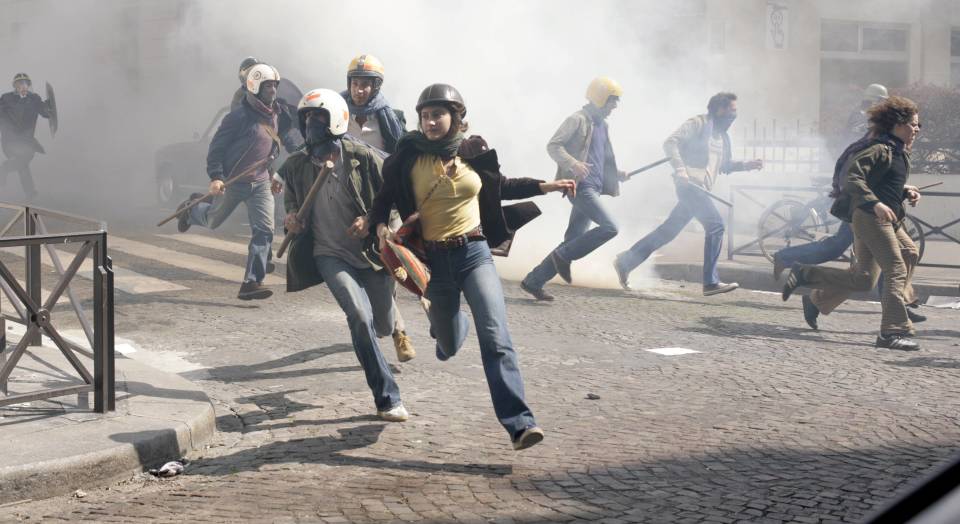 Something in the Air

So much of the commentary on May ’68 in the media and in popular culture, and even in history and academic study, is of a tale of failure: there was this explosion, and then it failed, and it was never going to succeed anyway, etc.

Well, that’s questionable in the sense that the years following… I mean, May ’68 changed the way we live. There is a world before May ’68, and a world after May ’68. It opened the door to a million things: feminism, [environmentalism], individual freedom … May ’68 has deeply changed modern societies. A lot of things succeeded, ultimately, out of May ’68.

You’ve directly addressed the fallout from May ’68 in two films, Something in the Air and Carlos. What are some of the challenges of trying to capture that unique energy you’re talking about, that sense that nothing is solid, in a more-or-less straightforward narrative form?

Well, Something in the Air of course is trying to capture that energy. I needed to make Something in the Air because I had made Carlos just before, which is like a dystopian version of whatever the ’70s were. It’s a movie that is about a character who was initially defined by values that were those of those times — you know, internationalist revolutionary thought — and who gradually drifts, and becomes a mercenary, and [is] involved in pretty ugly stuff. And after spending so much time making Carlos, my question was, “Well, yes, but is that my experience of those years?” Ultimately, no, because I was more on the clearer side, on the more luminous side of what those years were, while Carlos was on the dark side. 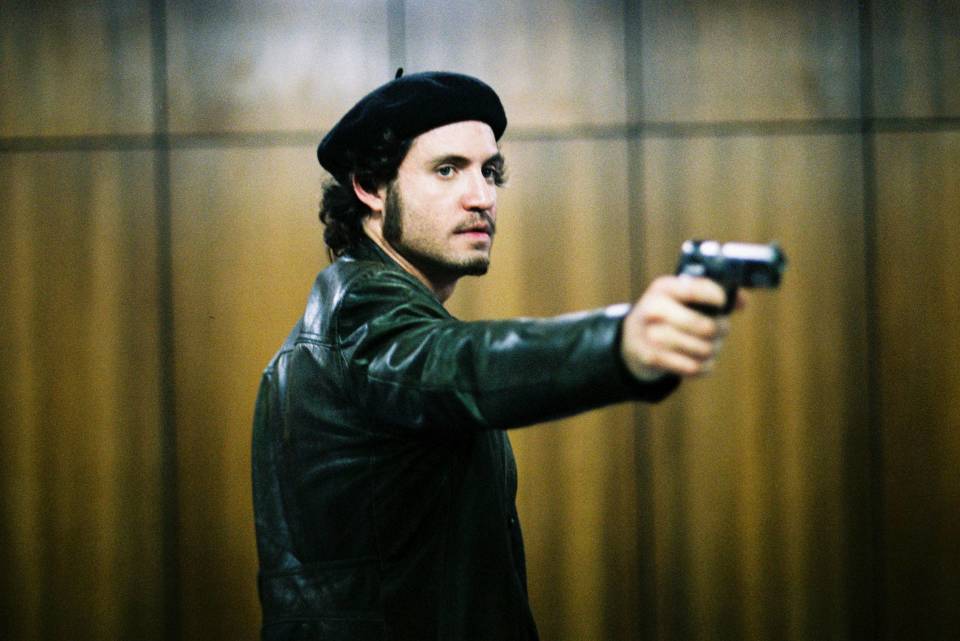 And so I suppose that I needed just to come to terms with my approach to those times. I had to make Something in the Air to show how I had shared those ideals, and there was something very beautiful about it, and something very profound. And you have a notion that the main character, Gilles — who is a way of projecting myself into the film — will remain faithful in his own way to those ideals.

There’s a wonderful anecdote that you conclude your memoir with, your revelation while you were making Cold Water that the process of filmmaking itself was kind of a realization of those ideals: “a form of non-alienated collective work,” I believe you called it. It’s been 20 years or more since you made Cold Water, so I was wondering how you’ve sought to preserve that dynamic in the films you’ve made since, especially as the productions get larger in scale.

Well, yeah, they are kind of larger in scope because it doesn’t really get much smaller than Cold Water! But I think it’s been such a defining moment for me that I’ve always been sticking to this ideal. I still do see filmmaking as a space of absolute freedom, and I think it’s a very privileged space, and that’s why I have such a hard time dealing with the film industry … this way of making movies that deprives the process of any joy, any collective pleasure. I do struggle on every single movie I’ve made to recreate this sense of collective creation. You are the writer, the director, but still, whatever is happening there, the way the film is made, is based on collective energy. I think it has to be a sense of shared adventure. Making a movie is a form of adventure, a form of modern adventure. I think it’s a very interesting element that’s built into the process of filmmaking, and I think it’s not discussed enough or analyzed enough. 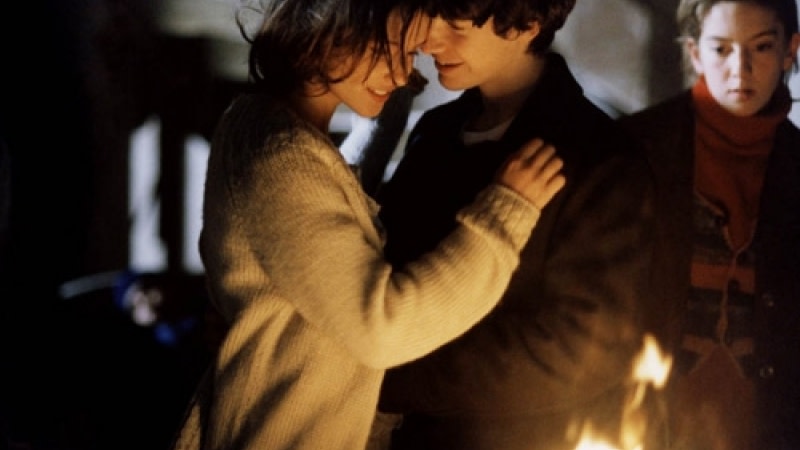 I’d like to change tack a bit and ask you about two other subjects that are important to your work: your pre-filmmaking career as a film critic for Cahiers du Cinéma, and your relationship with genre filmmaking.

On that first point, your friend [the longtime Film Comment contributor] Kent Jones came to TIFF last summer to present his movie Hitchcock/Truffaut, and one of the comments he made was that he saw his roles as a critic and a filmmaker as two very separate things. When you started making films, did the ideas and principles that you had developed as a film critic influence your work?

What is that famous Clausewitz quote — “War is the continuation of diplomacy by different means”? For me, initially, filmmaking was the continuation of criticism [by] different means — I had a feeling that once I was on the set, I had to continually answer questions that were theoretical questions, that were ethical, moral questions, and they were basically the issues that I used to analyze the movies I was watching when I was writing about films. I never envisioned myself as a film critic or as a theoretician: when I was writing about film, I was already fantasizing about the movies I would make. And I suppose that’s the reason, also, why I instantly stopped writing about films the minute I started making my own films. Theory and practice have never been disconnected for me.

On the second point: you did a long interview with Mark Peranson in Cinema Scope back in 2003 — at the time of your film demonlover — where you said that you had intended with that film to blow up the genre format from within. A number of the films you’ve made could be classified under certain generic headers: the relationship film [Late August, Early September], the family saga [Les Destinées, Summer Hours], the thriller [Boarding Gate]. What are the different ways you’ve found to estrange these films from their generic formats while still remaining nominally within them?

I’ve always been interested in genre filmmaking because genre filmmaking allows you to deal with the subconscious — meaning with the space of your imagination, which is not less real than the actual reality around you. It’s possibly even more real. But it’s very difficult in filmmaking to come to terms with that kind of circulation between reality and imagination. It’s generally viewed as two different areas — two different “reals” — and you don’t commute from one to the other. I’ve been trying to commute, mostly because that’s what we constantly do all day long. I mean: we constantly interact with the outside world, and [at the same time] we have our inner conversations, conscious and non-conscious. And that’s exactly the space I have been trying to explore in my filmmaking, to see how you can be on both sides of that border, simultaneously. 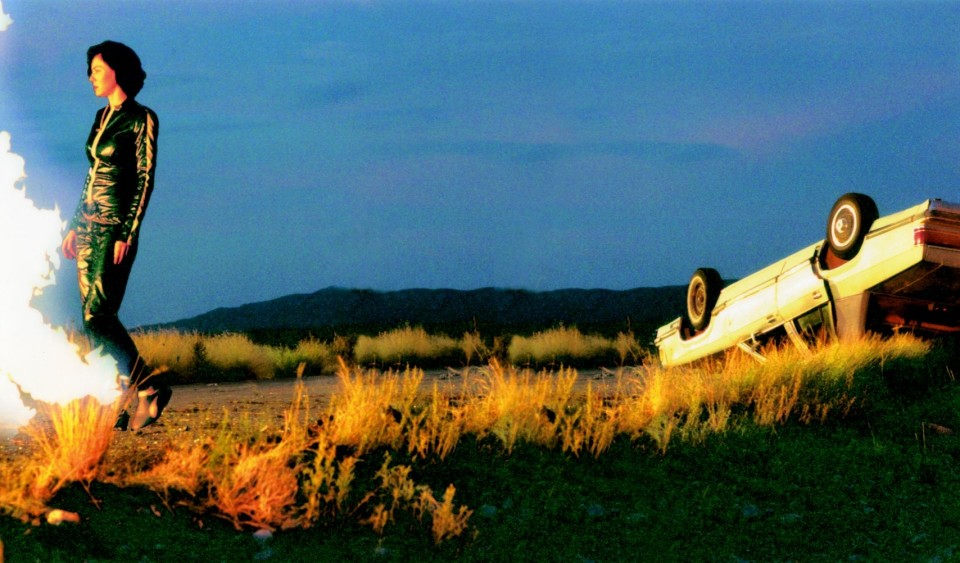 I suppose that demonlover is the movie that gave me, for the first time, the opportunity to try that. When I said whatever I was saying, like if I’m “turning upside-down the genre,” whatever, it’s… you know, it’s very big words [laughs], but ultimately it’s really about using the genre element to gradually slide into [another] area, which is the area of dream, of nightmare, of imagination. All of a sudden, we are within the subconscious subtext of the thriller, as opposed to sticking to the rules of the thriller. To me, it’s not a way of quote-unquote subverting the genre, which is something I’m not interested in: it’s a way of using the genre to explore extremely intimate, extremely disturbing areas of our imagination. And genre filmmaking allows us to go there. That’s where great filmmakers like David Cronenberg, David Lynch, Wes Craven, John Carpenter, that’s where they go. That’s their world. And I think the reason why they’re incredibly important filmmakers, all of them, is their ability to circulate between fantasy and reality in such powerful ways.