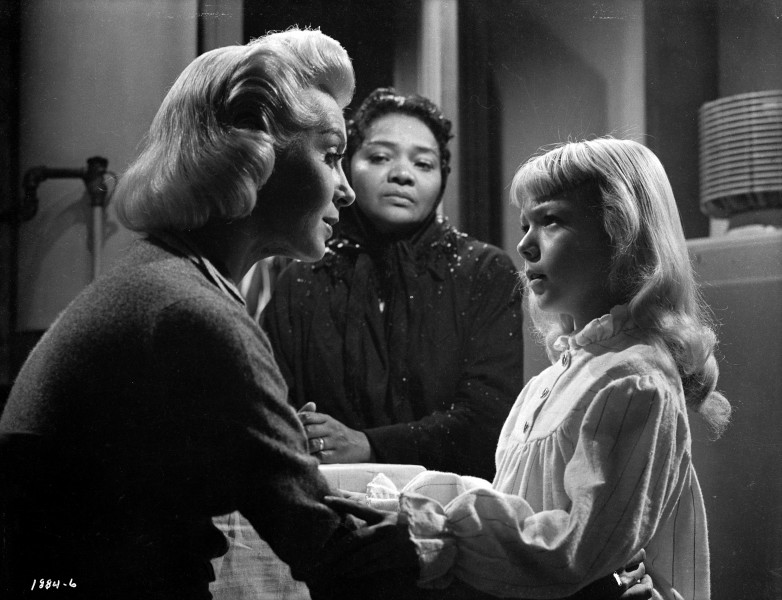 Every movie is about killing your parents

Winnipeg’s own Guy Maddin is no stranger to melodrama. From the glistening glass legs of Isabella Rossellini (which are, conveniently, also a great pair of beer chalices) in the lachrymose yet hilarious The Saddest Music in the World to his mashup of experimental film and silent cinema in last year’s The Forbidden Room, Maddin understands the glorious, hideous ecstasy in finding your breaking point. We interviewed the iconic Canadian auteur while he was preparing a VR installation of his work Seances at TIFF Bell Lightbox this past summer. Somehow, the conversation found its way to R.W. Fassbinder and Douglas Sirk, one of Fassbinder’s most pivotal inspirations. All That Heaven Allows: Fassbinder’s Favourites, a sidebar programme dedicated to films that influenced the German director, is currently underway at TIFF Bell Lightbox, with screenings of Sirk’s All That Heaven Allows (December 3), Written on the Wind (December 9), and Imitation of Life (December 10). Here, melodrama enthusiast Maddin weighs in on the colour palettes of Douglas Sirk movies, a dream he recently had starring Rock Hudson, and why all movies are about killing your parents.

What's your relationship to Fassbinder?

I'm an ardent consumer of Fassbinder. Years ago, when I heard that he was a big admirer of Douglas Sirk, I went straight to the source — to the buffet Fassbinder dined out on — and found that there was plenty more. And what palettes! I love the look of Fassbinder movies.

Some of them are also hideous in a way that's really exciting. When you go to Sirk, it's more standardized. The movies produced by Ross Hunter — those really lush, Technicolor ones. I know Sirk was a painter and considered himself a painter first for a long time. He really knew how to work his palettes and worked closely with whatever art director he had.

A year ago, I was a guest speaker for the Technicolor series that ran at TIFF Bell Lightbox and we screened Magnificent Obsession. To prepare for that, I started watching the movie with a pen and paper. I found myself starting to write down the names of the palettes. Soon, I realized those general colour terms weren't good enough. I used to be a house painter and I remembered the great names of the 10,000 different colours you could get in a paint chip book. So, I started to try to name the colours… Sirk used 100 different off-whites, especially in the surgery scenes in Magnificent Obsession. I didn't have a paint-chip book, but I would name them colours, like, "Front Tooth,” “Wonderbread,” and “Eisenhower's Whiskers." I remember one colour coming to mind: "Rock Hudson's Nipple." Because he takes his shirt off to scrub up for an operation and there it is: a smoky rose. I thought, "Geez, I'd paint my house ‘Rock Hudson's Nipple.’"

That movie is now 60 years old. Even in a restored version, the saturations are pulsing, breathing a little bit. Because they've aged different degrees in different temperatures, in different humidities, “Rock Hudson's Nipple” might swell up to something closer to a “Kimono Crimson,” then back down to a “Smoked Rose.”

The more I tried to put into words the palettes that Sirk used, the more excited I got. I've only started in working in colour in the last couple years … The way Sirk’s palettes interact is the way melodramatic characters interact and balance each other. Melodramatic characters, Sirk's especially, have to disinhibit themselves of their secrets, so the viewer knows their motivations. These colours help in this fashion, it's really exciting stuff.

There’s this ghastly sense of romanticism to Douglas Sirk where everything is so heightened. It’s also very funny.

He's hilarious. He directed a lot of theatre, so he really knew his Euripidean tragedies, his Grecian formulas, and how to use dramatic irony. While the characters are all uninhibited enough to reveal what’s going on, there's something almost physiologically plausible about what they did. Magnificent Obsession is totally crazy and beyond the pale. I read in Sirk on Sirk that he was assigned the movie and said, "This is so crazy. The only way I can do it is just pretend that it isn't crazy." I know for a fact that Fassbinder did the same thing. I've become friends with the German actor Udo Kier [star of Maddin’s Keyhole, Seances, and The Forbidden Room], who was roommates on two occasions with Fassbinder. They were friends at 15 years old and roommates later, closer to the end of Fassbinder's life. Man, that must've been crazy.

Both Fassbinder and Sirk have such queer subtexts to their work, as well.

Absolutely. Reading the edition of Sirk on Sirk that was released after Sirk’s death revealed an incredible-seeming naivete about homosexuality. I remember reading something to the effect that he thought Ross Hunter made Rock Hudson homosexual? Ross Hunter's hand does weigh pretty heavily on the productions that he queered up in the most delicious ways.

But then there's something in the melodrama itself, in the very nature of Technicolor, that is queer, in the old-school sense — in the way that closeted gays would get together and go to these movies, a community of solitary movie viewers who could find something in the long secret sufferings of these characters. I feel dread for Robert Stack in Written on the Wind. I just can't believe how horribly out of control his life is. I can feel tears coming down my cheeks and a dread welling up in my heart, while simultaneously feeling delight in the way these movies are put together. And just the presence of Rock Hudson and his charm. I dream about Rock Hudson, I had a dream about him the other night! What happened in the dream?

Not much. I was just so happy that he was alive again, looking the way he did in the Sirk movies. We were talking about Rock Hudson as if he wasn't Rock Hudson, how Rock was feeling a little better now and was gonna come back. Of course, my whole way of understanding all movies is by looking at them as, more or less, melodrama. You know, the way all food tastes more or less like chicken? So once you get inside a work you might decide: "Oh, it's not that melodramatic. It's more naturalistic." Or maybe it’s less uninhibited, more cryptic, less emotionally cathartic, there are fewer plot coincidences than the average melodrama has.

My way into it is to to get my melodramatic bearings. For me, when a melodrama can be just a little bit nuts, the way we are in our private moments of panic and self-pity… and psychologically plausible and entertaining and gorgeous to look at, or gorgeously hideous to look at... I don't know, all the various flavours that you taste in the mental backwash that occasionally belches downward from your tortured brain onto the back of your tongue, I just love that stuff. That's my way into movies and books, even to figure out relationships. Which is why I'm maybe not so good at any of the above.

Is there a primal scene in a Sirk movie that was your way into that idea?

My first Sirk movie was Written on the Wind. I think someone told me, "this was what the TV series Dallas was based on."

That’s one of the most insane movies I've ever seen.

It just makes musical scene rather than literal sense in a lot of cases. It's full of sibling rivalries; it's pretty Greek. There's a scene where Dorothy Malone is dancing lustfully, a Dance of the Seven Veils but she's whipping all seven veils off at once. She has this red nightie on and a photograph of Rock Hudson that she’s shoving between her legs and throwing above her head... she looks like a flame and a demon. Her world-wearied father is climbing up the steps of an unbelievable Sirk staircase; his staircases are as great as his mirrors. Just as the music, this cranked-up ‘50s bongo frenzy reaches its feverish peak, Dorothy Malone's father has a fatal heart attack at the top of the stairs and tumbles down. It’s literally a scene of a daughter dancing her father to death.

Even Jimmy Stewart in It's A Wonderful Life kills his father by having lust for Donna Reed in the bushes when her housecoat falls off. No sooner does he seem to be on the verge of consummating a really romantic or sexual act than a car drives up with news that his father's died. These things happen all the time. You kill your parents by doing these things and it seemed to make such musical, psychological, historical, and mythic sense to me. I had just killed my father when I saw it, so I understood completely.

__Maybe every movie is about killing your parents. __

Yeah, you gotta kill 'em! My mom is turning 100 in a few weeks — I just can't seem to kill her. Even if she does officially die before this interview goes anywhere, she'll still be alive. Like a Poe character, I'll have to rip up the floorboards and show her body to the police.

You're not the first person to mention that.