"Sometimes you have to be a high-flying bitch" 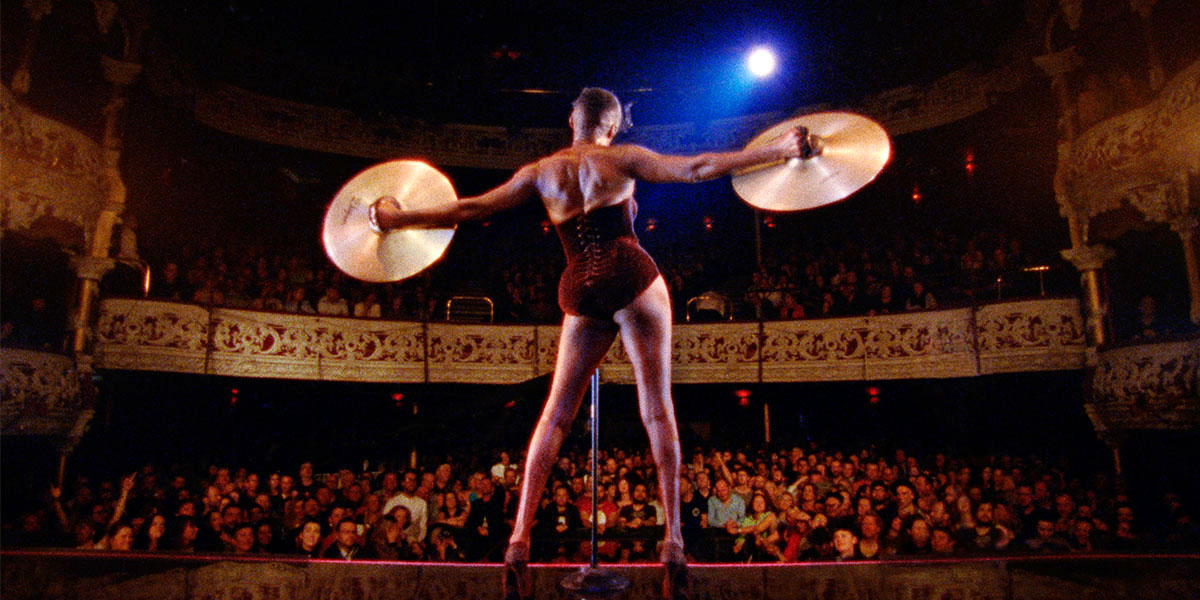 Filmed over the course of a decade, the new documentary from director Sophie Fiennes (The Pervert’s Guide to Ideology) offers a stylish and unconventional look at the Jamaican-born model, singer, and New Wave icon Grace Jones. With a World Premiere at last year's Festival, Grace Jones: Bloodlight and Bami returns to TIFF on June 1 for a run at TIFF Bell Lightbox, plus a special pre-screening exploration of Jones' influence on music, performance, and popular culture on June 5.

At TIFF '17, TIFF Docs programmer Thom Powers introduced Fiennes' film to the world, and below is his primer on the documentary, the story behind its production and journey to Festival, and the endless appeal of the great Grace Jones.

Tickets for Grace Jones: Bloodlight and Bami are on sale May 24, with an exclusive pre-sale for TIFF Members starting tomorrow!

__TIFF: How did Grace Jones: Bloodlight and Bami end up at the Festival? __

Thom Powers: My very first year at the Toronto [International Film] Festival, 2006, I programmed Sophie Fiennes’ film The Pervert’s Guide to Cinema, her collaboration with Slavoj Žižek, and I was hooked on her filmmaking ever since then. It was only a couple of years later that she mentioned to me that one of her future projects was with Grace Jones, which I immediately took an interest in.

For the last 10 years, probably every year I’ve been asking her about the status of this Grace Jones project. This past winter, I made that annual email, not expecting much from it — but to my total delight she told me it was ready.

Good news indeed. And what can you tell us about the film?

The film interweaves two layers. One is a performance that Jones gave in Dublin last fall, specifically for Sophie to film. In that performance, she’s delivering everything we expect from Grace Jones: multiple costume changes, fantastic staging and makeup, and loads and loads of attitude as she goes through her repertoire from the last several decades. That’s one layer.

And then those performance scenes are interwoven with scenes shot in many cities over the past several years, including in Jamaica with her family, where we see her in a really intimate family setting as they talk about their experiences growing up in Jamaica.

We also see her in Paris visiting the studio of Jean-Paul Goude — her former stylist, lover, and the father of her son. There, we get a sense of Grace’s more vulnerable side. And we see her on the road as she prepares for appearances and performances where we see her getting “ready for battle,” in the sense that she is a total performance warrior. 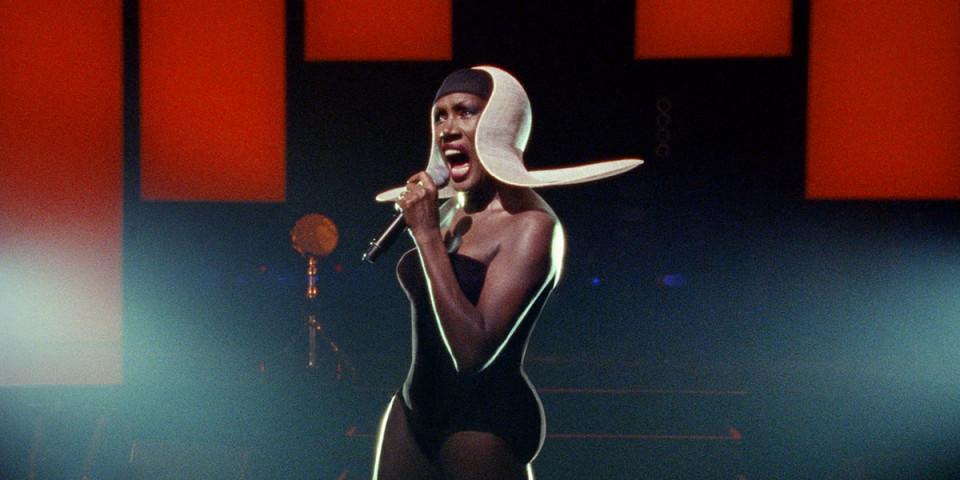 __What do you think makes Grace Jones such a massive draw after all these years? __

The thing about Grace is that she has been a public persona for over 40 years. She’s someone the camera can’t resist, who came up through the Studio 54 disco era into the punk-rock and new-wave eras, and continues to endure as an icon after many public figures from those eras have faded away.

And yet, she remains a mysterious figure. She’s someone who is constantly taking on different personas. In this film, we get to experience some of those personas, both onstage and off.

Can you talk about the approach and style of director Sophie Fiennes?

Sophie has made films over the years about a wide variety of subjects — a philosopher in Slavoj Žižek, an artist in Anselm Kiefer, and a preacher in her first film, Hoover Street Revival, which is about Grace Jones’ brother, Noel Jones.

In each of her films, she takes a different stylistic approach, and it shows me that she’s a person who very carefully chooses her subjects and is very deliberate about how she goes about filming them. She is willing to take all the time that a project needs.

You know, when I interview filmmakers for my podcast, Pure Nonfiction, I hear again and again that their biggest asset is having time. I can only imagine that over the years, Sophie has been under different kinds of pressure to get this project done — not least of all from me, who’s been asking about it — and I think it’s a total credit to her perseverance and creative integrity that she took the time she needed. And the results are worth waiting for.

Final question: what is your favourite moment in this film?

I think my favourite moment is when Grace delivers a line about having to deal with clients.

She says, “Sometimes you have to be a high-flying bitch.”