"For 150 years, people have been told lies about Canada's history" 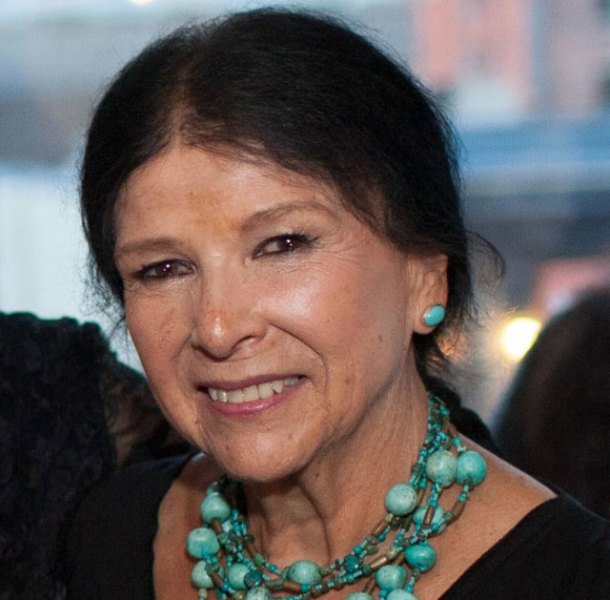 "Reconciliation means not having to say sorry a second time."

Alanis Obomsawin is an Indigenous filmmaker, singer-songwriter, printmaker, and engraver who directed her first documentary feature, Christmas at Moose Factory, in 1971. At the age of 84, she continues to create documentaries about the issues facing First Nations people in Canada, and has made 40 films with the National Film Board of Canada. On April 2 at TIFF Bell Lightbox, Alanis joins Métis lawyer Amanda Carling in conversation after the screening of her new film, We Can’t Make the Same Mistake Twice, as part of the Human Rights Watch Film Festival (March 29–April 6). The film chronicles the events following the filing of a human-rights complaint by a group of activists, which charged that the federal government’s woefully inadequate funding of services for Indigenous children constituted a discriminatory practice. The following is taken from an interview conducted at the 2016 Toronto International Film Festival.

I began my career as a filmmaker by singing and talking mainly to students and children of all ages. I was very appalled by the way the history of our country was taught. By then, I had recognized that it was really designed to create hate towards our people. I figured the children had to hear another story, so I thought: I have to be in the classroom.

In the early ’60s, I was campaigning to build a swimming pool on my reserve. The CBC did a film on me and it appeared during prime time on CBC Telescope. The National Film Board eventually hired me to be a consultant on a film. I started doing educational kids programming, concentrating on our Indigenous nation’s history. I realized how important that was, and I started making films, which I’ve been doing since 1967.

The best gift you can give to anybody is time; to listen to what they have to say about themselves, their lives, what's unjust, what's happening in the world. How, and how long, can you listen to someone? You have to be a very dedicated listener — a very loving one too. I love what I do, I love the people, and I never get tired of hearing them. That’s where the root of making films is for me, to really listen.

I might come to a community and ask to speak to them. I explain what I want to do, what I think will be helpful. I communicate that way, and eventually ask to interview them. For me, every word is precious. I'm very concerned with the word before the image. Probably, it's the fact that I come from a reservation. I was raised with no electricity, no running water. In the evening, by the oil lamp light, we'd listen to the adults talking. With six children listening, we could have six different stories in our minds because all the images came from our imagination.

If I didn't think making films helps, I wouldn't be working like I do. I really believe in it, and I think people are not informed. For 150 years, people have been told lies about the history of this country. Lies about the people, about the land. You lie about the water because it’s polluted, the rivers are not running like they're supposed to. It's very disturbing that people don’t seem to care and are thinking more of developing and ruining our land. Water is life. You can't eat money; you can't drink it either.

My main interest all my life has been education, because that's where you develop yourself, where you learn to hate, or to love. If you’re teaching children to hate certain groups of people and certain things, it's very damaging at an early age. It’s not just about getting an education ― what kind of education are you getting?

I learned that Cindy Blackstock was fighting for children to have equal rights in terms of their education and health services, so I called her. Since then, we’ve worked a lot together. It was interesting because I was back in Moose Factory, Ontario — and the first 16mm film I made [Christmas at Moose Factory, 1971] was shot there in a residential school. I'm so attached to those people. I just love them to death, especially the children.

Anybody who sees We Can’t Make the Same Mistake Twice is going to realize many things they never realized before. You hear the government say, "Oh we spent millions, billions of dollars." You hear, "Look at all the money we're spending on Indians and they're complaining! I'm tired of hearing about this!"

They do spend money, but they just don't spend enough. The best example in the film is when Cindy Blackstock says: "We had 690 children and they had money for 500 children." That's the difference the public doesn't understand. When you see the reality of how people’s children are treated, where depending on who you are makes a difference in what kind of education your child’s going to get, what health services... I'm sorry, but you start thinking differently.

The old ways of the government telling us who we were are, what we do, and where we should live, is passé. The people know what they need, what can be done, and what kind of help they can give to make sure their children can stay in their homes. The government says if you want help, you have to move out. It's dangerous when you think of all the people who have been made to feel inferior for so long. It's a different time now; we cannot continue to have this kind of oppression dictated to us ― to be told how how to think, who we are. It's made us so sick and we're trying to get better.

Everywhere I go, I meet young people who are making films. In the reserves, in the city, they all want to be filmmakers. It’s very encouraging because a lot of them are doing wonderful things with different ways of expressing themselves. In Canada, we are very lucky to have an institution like the National Film Board. Throughout all these years, all these documentaries and animations, it's been the voice of the country.

While we must deal with the ravage that's been done to our country by the people in charge, there are people in politics who want to make a change. So you start right there. You fight, and you know that it's possible. If you believe in change strongly enough, you'll do it. Just don't let anybody stop you, that's all.

Often people will say to me: "Oh well, you know, I applied for a grant twice and I didn't get it." I say to them: "Are you gonna lie down now?" Apply again at the same place! Eventually, they're gonna be so sick and tired of you they'll give you the grant. I've been on a lot of juries, so I know how it works. If you believe in what you want to do, they'll start believing in you. Just keep doing it, again and again, until you get it.

Everybody is important, every human being. Everybody has a gift and you have to apply it. You're here for a reason, so find the best in you and express it.