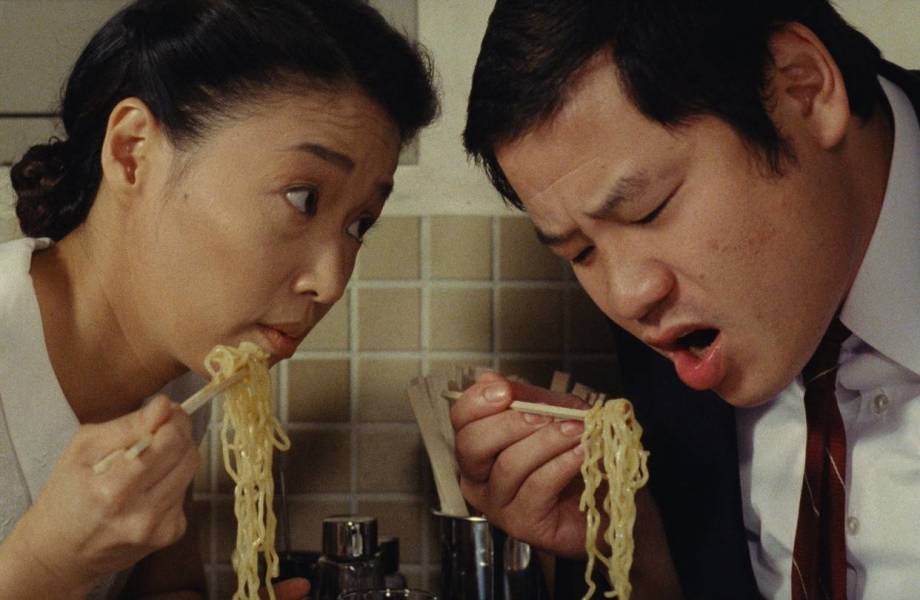 When Toronto became a ramen town

It seems a lifetime ago that Toronto was not a ramen town.

In 2008, when I first started writing about food, you couldn’t find a good bowl of ramen in the city. There was Konnichiwa on Baldwin, Ematei on St. Patrick, iNoodle on Bloor, and a pre-Guu izakaya simply named “Izakaya” on Front. None of them were good enough that you’d show respect by slurping the last of the broth.

By 2012, the ramen trend had been part of American food culture for a nearly a decade, starting with the ascent of New York’s Momofuku empire in 2004. When I wrote about it for the Toronto Star, predicting the critical mass of recent or just-launching Kinton, Raijin, Kenzo, Ajisen, Santouka, and a three-restaurant Momofuko outpost in the Shangri-La Hotel, I still had to explain to the reader what ramen was.

It took awhile to convince Torontonians that ramen was something other than the inexpensive, instant-noodle packages with which they were familiar. Now that seems preposterous, like having to explain what freshly-squeezed juice is to someone who only knows Kool-Aid.

When you go to see Jûzô Itami’s delightful ramen western Tampopo at TIFF Bell Lightbox — where it’s currently getting an extended run — and want to get ramen afterwards, the only question is where, of the many options, to choose from?

We can go for the fatty jowl at Santouka, the salty broth and springy noodles at Kinton, the eclectic menu of Isshin or Sansotei, popular enough that there’s usually a queue out front. Not to mention Touhenboku, Ryu’s, Ryoji, Jinya, Kyouka, Nobuya, Lan Zhou, Homemade, Hakata Shoryuken, or the proliferation of izakayas in the city that also serve ramen.

Every place gets its own scorecard for broth, noodles, pork, and, if it matters, atmosphere. We’ve gone from worshipping tonkotsu, the broth made from cooking pork bones so long that they thicken the soup, nearly emulsifying it into a sauce. Toronto’s ramen menus distinguish themselves through options for black garlic oil (Hakata Shoryuken), plum and seafood (Ryu’s), ribs (Ryoji), Swiss cheese (Kinton), with corn and butter everywhere. Raijin Ramen is always up to something nutty, from duck, to yuzu peel and pea shoots, to tomato, cheese, and spinach. However, the one that checks all my boxes is Santouka, with its creamy, almost too-porky broth, funky meat, and chewy noodles.

The first time I watched Tampopo, I was a teenager. It was before I’d seen any of Sergio Leone’s movies. I couldn’t see the play on the tropes of “spaghetti westerns,” shot in Italy or Spain, the dirty, nomadic hero here arbitrarily choosing to train a woman to make better ramen instead of fighting gang bosses. I didn’t know enough about Japanese food culture to understand the movie’s digressive skits, unsubtle comments on how eating is woven into the fabric of life, inextricably tied to gender, status, nationality, sex, birth, and death.

The glorious age of ignorance, when I first saw Tampopo, was that mystical period between puberty and adulthood, when nearly any fascination can become obsession, unchecked by hindrances like a career or mortgage (or for me, who never graduated high-school, education).

Japan had already lodged a special place in my brain from the opening pages of X-Men #120 (“Chaos in Canada”, 1979), where anti-hero Wolverine (another pastiche I didn’t get, of Clint Eastwood and Toshiro Mifune) gives a gift of white chrysanthemum to his future fiancé Mariko Yashida.

A bowl of animated ramen, as seen in the Studio Ghibli film Ponyo.

In those years of early "adulthood," between the animated films of Studio Ghibli (which will receive a retrospective at TIFF Bell Lightbox over the Holidays), the nihilistic writing of Yukio Mishima, and the dead-eyed stare of Tatsuya Nakadai in Sword of Doom, Japan captured my imagination.

Working as a cook at Fresh (this was so long ago that it was still called Juice for Life), I saved until I could afford a trip to Japan. It wasn’t until I landed there that I experienced a real bowl of ramen, saw the noodles lifted from the boiling water in a portion-sized basket, shaken with a “fwap fwap” sound, and nestled into a bowl for the broth, pork, egg, and onions to be layered overtop. I had been cooking long enough to be awed at the care taken in every action.

It’s been a decade since I’d last seen Tampopo, in which the characters and stories (such as they are) take a back seat to the physical and emotional love of food itself. 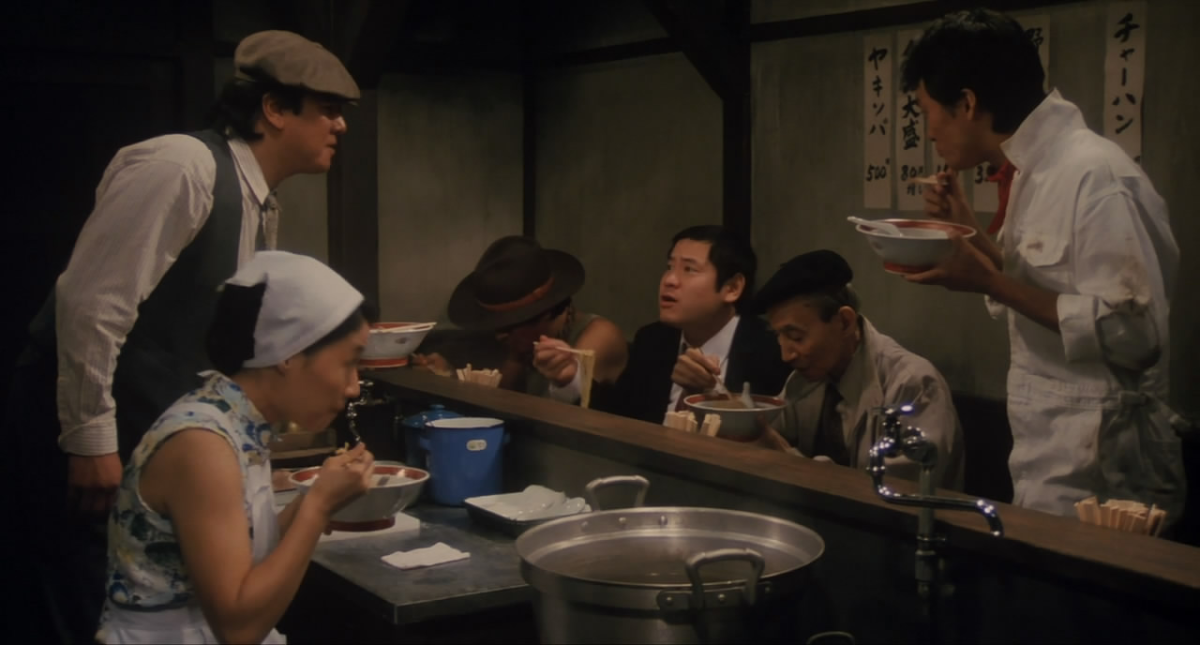 Every Ghibli movie (and another series that I fell in love with, Zatoichi, about a wandering, blind swordfighter), has a scene where the hero, seen walking down a country road, pulls food from their clothes and eats without interrupting their journey. Unless there was a scene of a lover, friend, or parent presenting them with the snacks, I’d always wonder how long they’d been holding a bun or onigiri in the sleeve of their robe. But when I got off the train at the wrong station on my way to Shirahama, I found myself with an hour to kill. Plopping my bag on the platform to use as a backrest, I dug into my pocket and found a rice flour bun, purchased the night before at a Sunkus, a kind of Japanese 7/11. I bit into it and found sweet red bean paste. For that hour, staring out at the wheat swaying in the afternoon breeze, it was my best friend. From then on, I made sure always to have a bun in my pocket. And on many long walks, they appeared like magic, to keep me company.

A young cook recently told me that, on his trip to Japan, he ate 40 bowls of ramen in 30 days. It didn’t occur to me to ask why. Because that’s how often, if I were his age, with his metabolism, I would eat noodles.

In the end, ramen did come to Toronto. You can find it from North York to the Beaches. But in the same way you must eat Italian food after watching Big Night, or smoke a cigarette after The Big Sleep, you have to eat ramen after watching Tampopo, or endure unrequited longing.

After re-watching Tampopo at the Lightbox this past week, we ended up at nearby Momofuku, the Toronto offshoot of the New York restaurant that helped popularize ramen in the US. And while I will never say no to a post-movie meal with friends, ramen is about the least social food imaginable.

All that slurping, the act of feeding the noodles into your face or lifting the bowl to sip the broth, means that your mouth is pretty occupied. The more you try to rush through a mouthful, in order to carry on a conversation, the more likely you are to splash hot pork broth on your shirt.

In Japan, you can get ramen in a train station where you eat standing up, quickly. Or in private-dining ramen shops, where after paying from a machine, you sit at a bar with partitions between customers, your food handed to you through a curtain. Alone, you are able to concentrate on the food and leave faster, helping the restaurant maintain profitability. The first time I did this as a man in my early twenties, accustomed as I am to dining with friends, it felt odd.

But at Momofuku, once my bowl arrived, I really didn’t care that I was out with people. Largely unchanged since 2004, there were the slices of pork belly, scraps of shoulder, noodles sitting in a concentrated broth, and a blubbery sous-vide egg, waiting to be pierced. Taking a moment to observe the bowl the way you would any painting in a gallery, I leaned in, inhaling deeply, until I was breathing not oxygen, but soup.

I only wanted to be alone with my ramen.