"Film is a Blunt Instrument": Sturla Gunnarson on Going From Book to Movie

An interview with director Sturla Gunnarson

Sturla Gunnarson has brought several literary tales to the screen (he'll be at TIFF Bell Lightbox Monday, March 7 to discuss Such a Long Journey, which he adapted from Rohinton Mistry's novel of the same name), and we were excited to hear his thoughts on how to make the transition from between the pages to all over the cinema wall.

YOU’VE ADAPTED TWO NOVELS AND ONE OLD ENGLISH EPIC POEM FOR THE SCREEN SO FAR. WHAT DID YOU LEARN ABOUT THE SOURCE MATERIAL WHILE YOU WERE MAKING THOSE FILMS? DID IT CHANGE YOUR UNDERSTANDING OF LITERATURE?

Both of the adaptations that I directed (Rohinton’s Such a Long Journey and Ed Riche’s Rare Birds) were based on naturalistic works. The adaptations were more about distillation than re-invention. The big challenges revolved around identifying the dramatic spine and being disciplined about sticking to it, eliminating everything that doesn’t advance the story efficiently.

Film is a blunt instrument that is ill-suited to inner dialogue, descriptive prose, digression or backstory. Ultimately, it is about who did what and how. It’s a movie and it has to move. The author’s voice is embedded in the structure. The important question is what happens next. How does the structure or ordering of the narrative articulate the theme? You do not have the luxury of simply stating it, no matter how powerful your prose.

Because we watch movies in real time and in one sitting, we cannot luxuriate in a complex, beautifully rendered piece of prose and we cannot re-read a long piece of dialogue just for the pleasure of it or to be sure we understand its nuance or meaning. Dialogue needs to be distilled down to its essence.

The two great strengths of film are the image and the actor. The subtlety with which Roshan Seth (SALJ) or William Hurt (Rare Birds) deliver a line says more than a page of finely wrought dialogue, their reaction to a situation provides an emotional resonance that’s hard to achieve with words. Their just being present in a well-engineered dramatic moment is a sheer joy to experience. And the images... A shot of a crowded Bombay street says more than a page of descriptive prose. There’s so much more to discuss here but I’ll leave it at that for now.

And as far as Beowulf & Grendel... come to the talk on Monday. That one is more of a meta telling of an ancient tale.

The author creates a fictional world. The director realizes it in the physical world.

YOU’RE STRANDED ON A DESERT ISLAND AND YOU CAN BRING ONLY ONE FORM OF ENTERTAINMENT WITH YOU: A BOOK OR A MOVIE [LET’S ASSUME YOU GET A POWER SOURCE AND SOMETHING TO WATCH SAID MOVIE ON AS WELL]. WHICH DO YOU CHOOSE: BOOK OR MOVIE? AND WHICH SPECIFIC BOOK OR MOVIE?

I’d rather have a pen and paper or a camera, than a novel or movie. Creating a narrative gives meaning to our present experience and reinforces the belief that it will end and be looked back on.

Still, if I had to choose between a novel or movie, it would be a novel. Literature lives in the imagination while a movie is rendered in the physical world. Every reading of a novel reveals different layers of meaning and interpretation.

If it looked like I was settling in for a long stay, I might opt for the Bible, since it’s the basic source from which all western literature flows and I’ve never really given it much study. Or the collected works of Shakespeare.

Though if I were feeling optimistic about the duration of my stay, I might opt for the full run of The Wire or one of the other great long arc narratives that have graced television in the past few years. 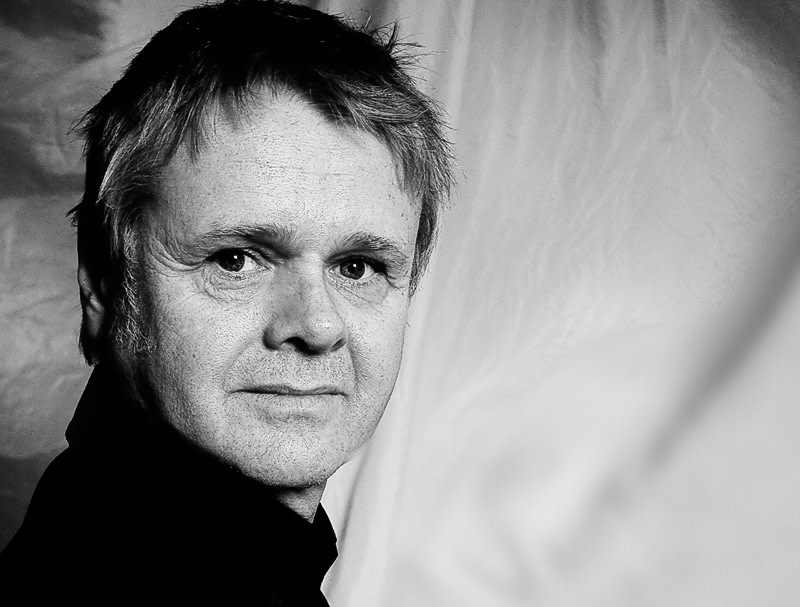 WHAT’S YOUR FAVOURITE BOOK-TO-FILM ADAPTATION, AND WHY?

Right now, I’d have to say The Big Short, Adam McKay’s adaptation of Michael Lewis’ non-fiction account of the 2007-2008 financial meltdown. Though it’s an adaptation of a work of non-fiction, the film is incredibly dramatic, horrifying and funny. The narrative structure in compelling and the use of random celebrities in absurd situations to explain complex financial concepts like "derivatives" is sheer genius. There are a lot of other great book-to-movie adaptations though. L.A. Confidential was a Hollywood noir screaming to become a movie and is arguably better than the novel. Mystic River, A Clockwork Orange, No Country For Old Men, The Wolf of Wall Street, Stand By Me all come to mind.

COMPLETE THIS SENTENCE: FILM HAS THE POWER TO...