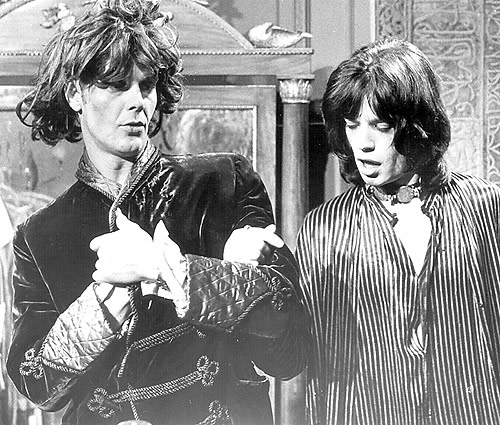 Describing the premise of his indelible first feature Performance in Paul Joyce’s 1982 documentary Nothing As It Seems, Donald Cammell invokes Argentine fantasist Jorge Luis Borges: “When two men seek each other out at the moment of destiny, the pattern of their lives may become so similar that for all intents and purposes they become one man.” While Cammell is referring here to London gangster Chad’s (James Fox) psychic collision with burned-out rock star Turner (Mick Jagger), he may just as well be describing the extraordinary alchemy that he achieved with his co-director on Performance: the acclaimed cinematographer Nicolas Roeg, who was also making his directorial debut with what turned out to be a true film maudit. Though the two men would never work together again, one can perceive in this single, remarkable collaboration a shared template for the aesthetic signatures and thematic preoccupations that they would develop throughout their otherwise disparate careers.

By the late ’60s, Roeg was a respected industry veteran who had graduated from Roger Corman productions to prestigious projects for the likes of David Lean (Lawrence of Arabia, Doctor Zhivago), François Truffaut (Fahrenheit 451) and John Schlesinger (Far from the Madding Crowd); Cammell, conversely, was a lapsed painter, quintessential bohemian and fixture of London’s counterculture scene, palling around with The Rolling Stones and Kenneth Anger. When Cammell parlayed his friendship with Stones frontman Mick Jagger into a movie deal with Warner Bros., with himself attached as director, he invited Roeg to shoot the film; Roeg at first resisted, as he too had directorial ambitions and didn’t want to take on another cameraman gig. Appreciating his own inexperience behind the camera, Cammell offered to share the directing credit, with Roeg responsible for the technical production and himself focusing on the script, the actors, and the film’s atmosphere. 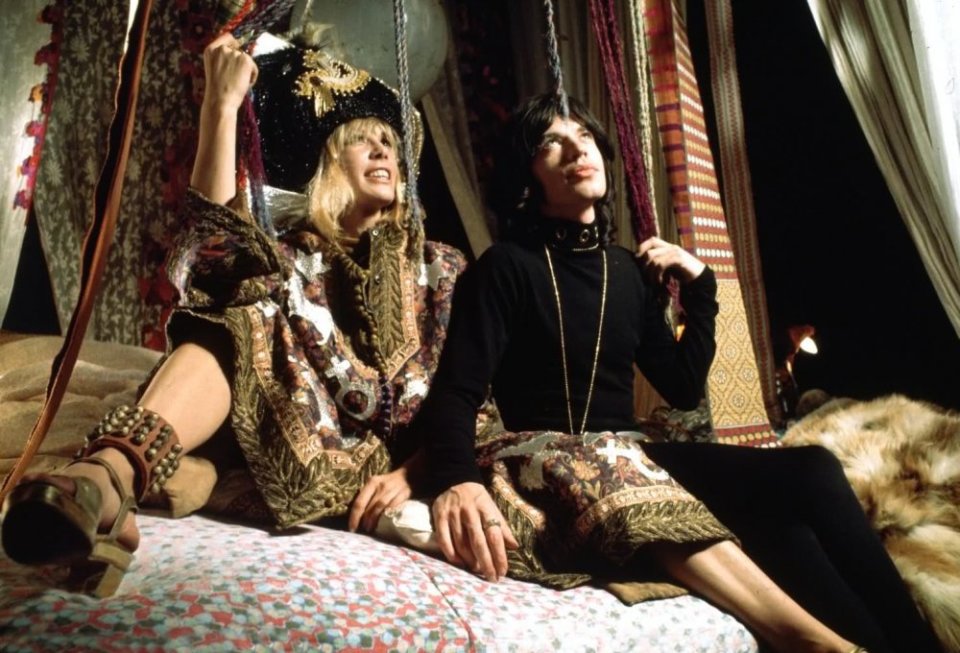 The making of Performance took on a mythic status even before the film’s release. Drug use was allegedly encouraged on set, as was promiscuity between cast and crew. The goings-on reportedly traumatized James Fox (who soon after shooting the film abandoned acting for a decade to become an evangelical Christian) and incensed Keith Richards, whose then-girlfriend Anita Pallenberg — a key contributor to the film’s screenplay and Jagger’s onscreen love interest — was getting a little too realistic in her intimate scenes with Richards’ big-lipped bandmate.

Following a disastrous first screening for Warner executives, the film was shelved for two years; when Roeg jumped ship to make his solo directorial debut, Walkabout, Cammell and uncredited editor Frank Mazzola were left to reshape Performance into something the studio would find more palatable. Warners’ chief concern was that Jagger didn’t appear until the second half, so Cammell’s radical solution was to employ dizzying and discontinuous intercutting that would better bridge the film’s two halves, and further foreground its symbolic juxtapositions: man/woman, criminal/artist, sex/violence, death/transcendence. Though it was still appalled with the finished product, Warners begrudgingly released the film in 1970, to a critical reception that can be charitably referred to as divisive: writing in Time Magazine, Richard Schickel summed up the mainstream response when he called Performance “the most completely worthless film I have seen since I began reviewing.” 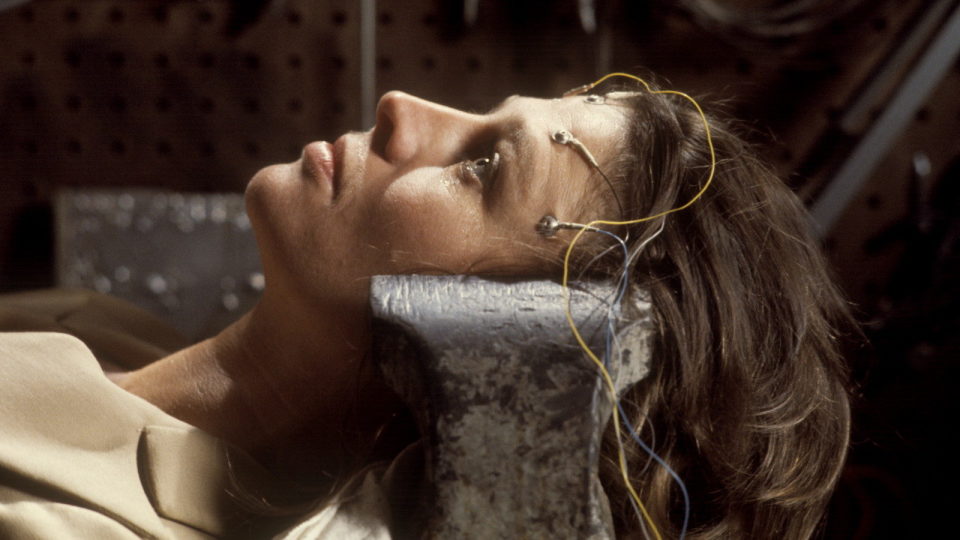 While the subsequent decades have seen Performance become a cult classic and be reappraised as one of the most innovative and influential films of its era, its true legacy may in fact be the enigmatic but powerful impact that its co-creators had on each other. To contrast the films of Cammell and Roeg that came after Performance is to observe an off-kilter symmetry born from that initial collaboration. Some of these correlations are superficial: Roeg in Walkabout and Cammell in The Argument contrast human bodies against natural landscapes; both made horror films with Julie Christie (Don’t Look Now and Demon Seed, respectively); both worked frequently with their romantic partners, Roeg making five films with Theresa Russell and Cammell habitually collaborating on his scripts with his wife China Kong. More substantively, their otherwise very different oeuvres share an intimate and impressionistic treatment of sexuality and violence; a persistent motif of reflection (or a collision of opposites) on the levels of character, symbol, and theme; and, in their tendency towards elliptical editing, penetrating zooms, and allegorical mise en scène, the pursuit of a kind of aestheticization of consciousness. 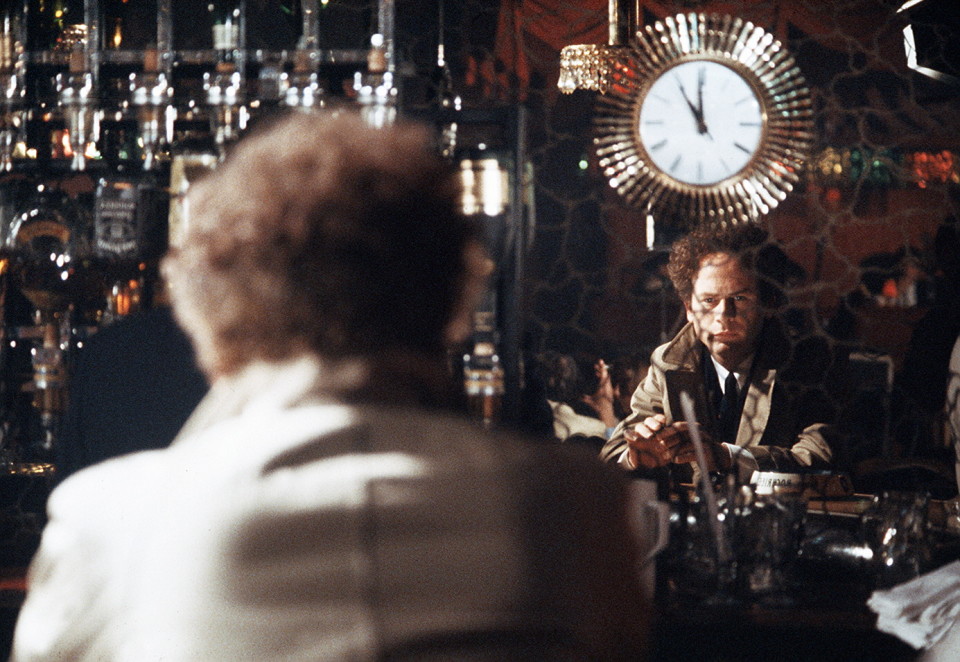 Where the two filmmakers most certainly diverge is in their respective productivity and the critical and commercial reception of their work. While Roeg consistently managed to find adventurous and sympathetic producers (largely in Europe) to support his experimental inclinations, Cammell — who was much more in the mold of the classic, frustrated, self-destructive artist — was determined to work in Hollywood, a community much less suited to his artistic ambitions: following Performance, he completed only three more feature films before his suicide in 1996. Given the disparity in the artists’ respective outputs, this retrospective (named after the tagline on the posters for Performance) places select works by Roeg in conversation with those of Cammell; like the implied psychic fusion that concludes their first and only collaboration, it aims to show two artists who carry the spectre of the other within them, and to explore the fantastic imaginings that those ghosts inspire. 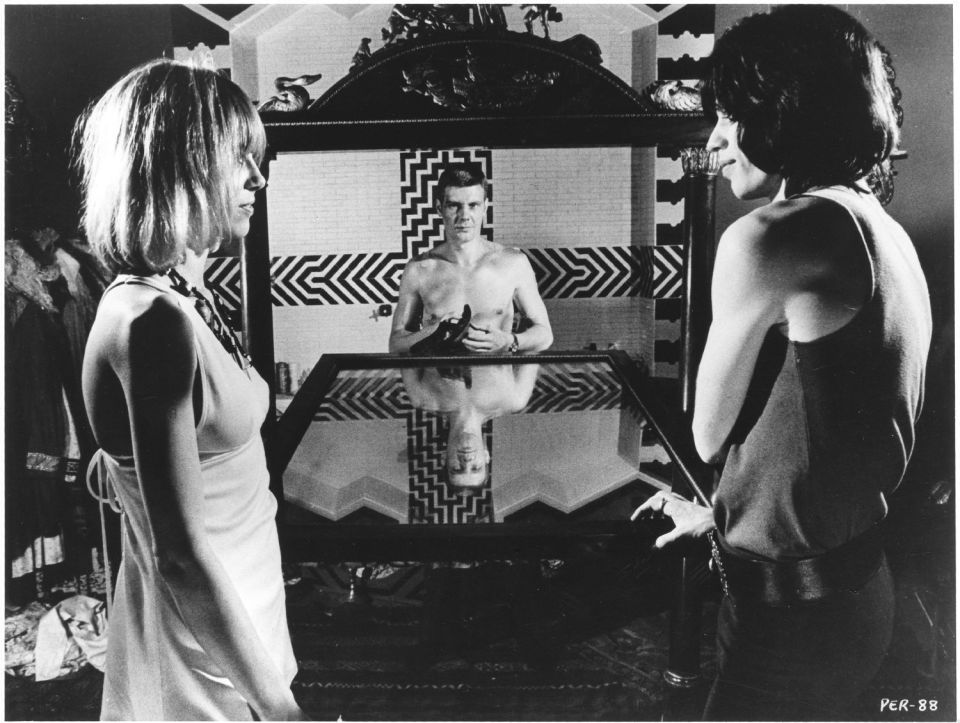 Going on the lam after crossing his boss, sadistic London gangster Chad (James Fox) takes refuge in the crumbling abode of reclusive rocker Turner (Mick Jagger). Fascinated by his new tenant’s violent compulsions, Turner and his hippie compatriots (Anita Pallenberg and Michèle Breton) resolve to split the mobster’s mind with psychedelics so that they can access the demon inside for their own artistic pursuits. Hysterical, madly innovative and instantly notorious, Cammell and Roeg’s mutual directorial debut shocked and appalled its studio, critics and the public alike, but it has since been re-evaluated as one of the most influential and stunning British films of its era. 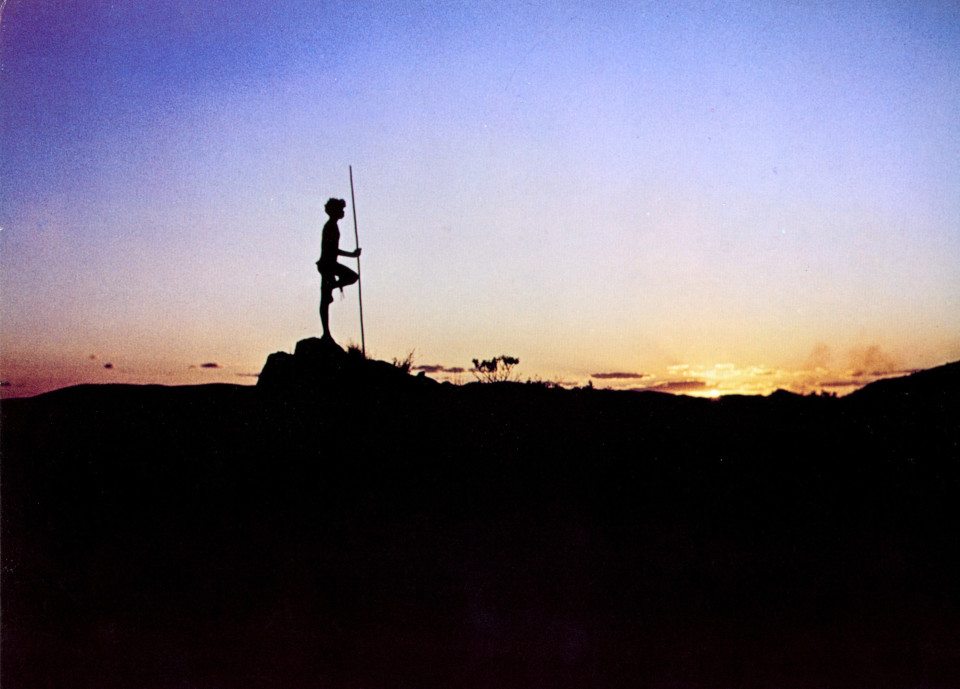 Roeg’s solo directing debut is a beguiling coming-of-age fable set in the Australian Outback, where a 14-year-old city girl (Jenny Agutter) and her six-year-old brother (Roeg’s son Luc) find themselves stranded until they are rescued by an Aboriginal youth (David Gulpilil) who is performing the ritual solo wandering that will mark his entrance into manhood. As the youth leads the children towards safety, a powerful but unspoken sexual tension develops between him and the girl — but even in the unspoiled wilderness, “civilization” retains a potent (and destructive) hold. Directing from a “14-page prose poem” by playwright Edward Bond, loosely Roeg uses hallucinatory editing to provocatively contrast the modern world with the natural realm. 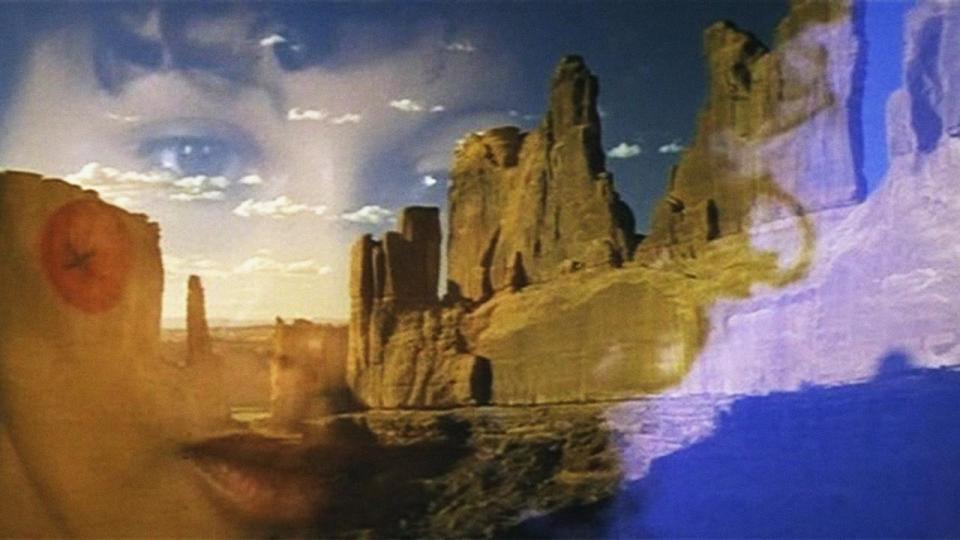 Likely inspired by Cammell and actress Myriam Gibril’s experience playing the parts of Osiris and Isis in Kenneth Anger’s Lucifer Rising, The Argument is set against the majestic backdrop of the Utah desert, where a rebellious goddess (Gibril) refuses to take direction from a chauvinist filmmaker. Strikingly photographed by Vilmos Zsigmond, the film was shot in the summer of 1972 but remained unfinished for almost three decades, until Cammell’s longtime friend and editor Frank Mazzola discovered the footage and reassembled it in 1999, three years after the director’s death. 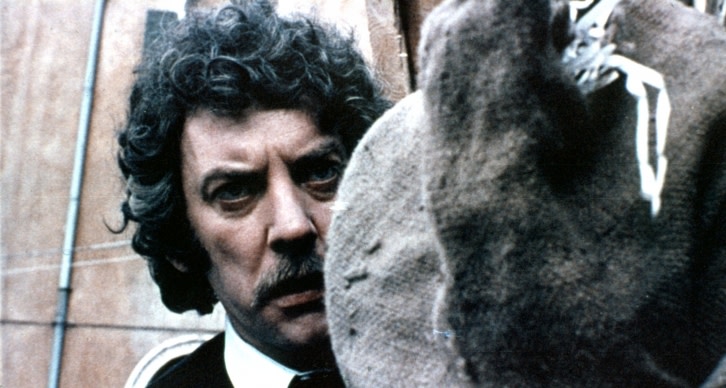 Roeg had one of his greatest critical and commercial successes with this stunningly realized adaptation of a Daphne du Maurier short story, which stars Donald Sutherland and Julie Christie as grief-stricken parents who travel to Venice after the accidental drowning of their young daughter. After meeting a pair of elderly sisters who claim to have second sight, the husband as well starts to experience inexplicable visions — and when he repeatedly sees a small figure clad in a red coat just like his daughter’s, he is drawn towards a fate he imagined all too well, but realized too late. 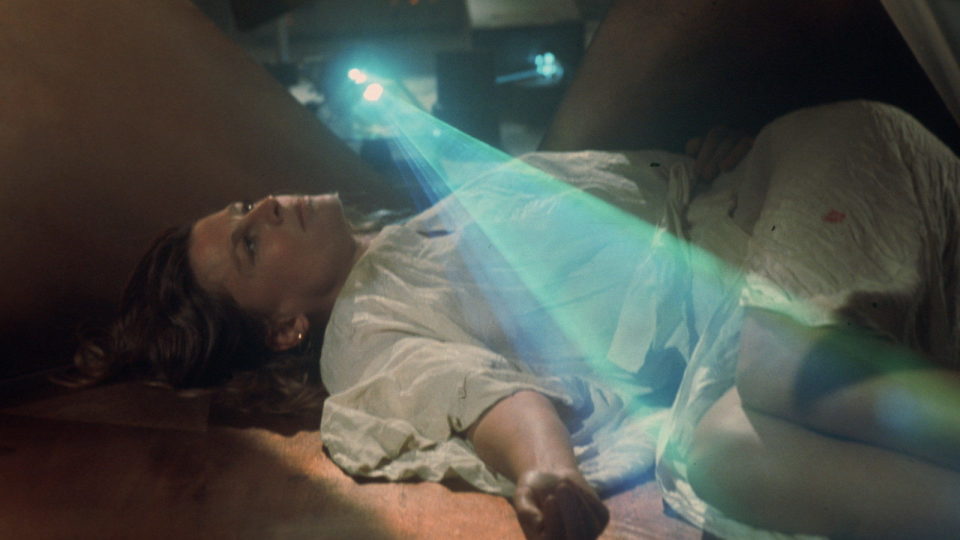 After an ambitious scientist creates Proteus IV, the world’s most powerful artificial intelligence, he unwittingly permits the machine to invade the high-tech estate of his estranged wife (Julie Christie), where it subsequently resolves to impregnate her with a child designed to carry Proteus’ infinite mind into the real world. Cammell infuses this technophobic tale of a supercomputer’s disturbing desire for progeny with his own idiosyncratic ruminations on death, sexual fluidity, and transcendental philosophy. 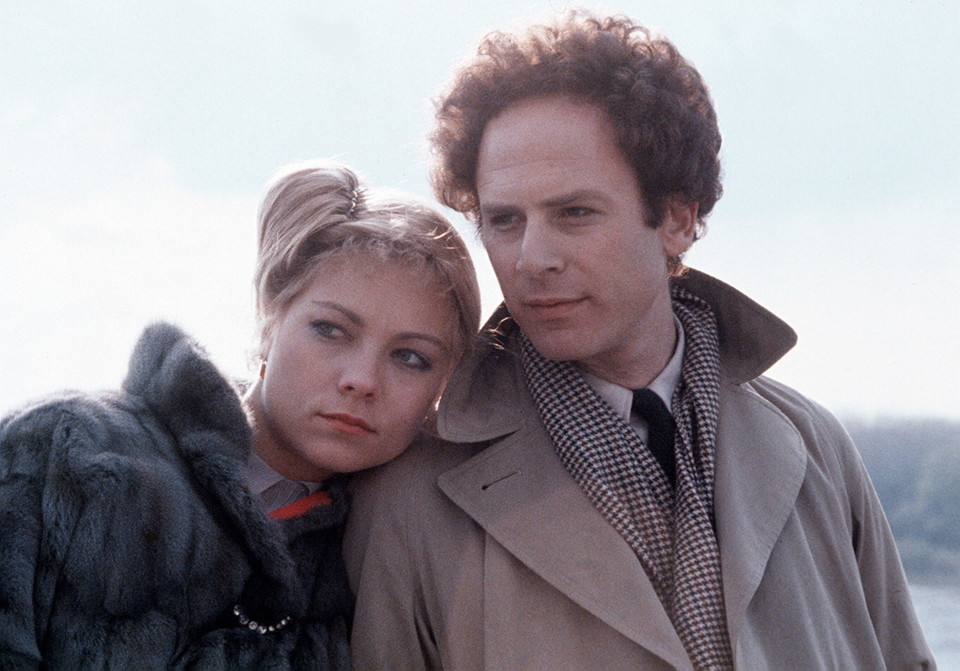 Set in Cold War Vienna, Bad Timing opens as Milena (Theresa Russell) is rushed to the hospital by her repressed psychiatrist lover Alex (Art Garfunkel) following an apparent drug overdose. Trying to piece together the circumstances that drove Milena to suicide, a detective (Harvey Keitel) uncovers the toxic history of Milena and Alex’s torrid affair, which became a disturbing labyrinth of sexual obsession and monstrous misogyny. Vertigo meets Last Year at Marienbad in Roeg’s most controversial, unflinchingly misanthropic film, which inspired its own distributor to denounce it as “a sick film made by sick people for sick people” — which makes one wonder what to think about the Toronto audiences who voted it the People’s Choice Award at the 1980 Festival of Festivals, or the acclaimed artists (including Jim O’Rourke and The Cure’s Robert Smith) who have paid homage to it in their own work. 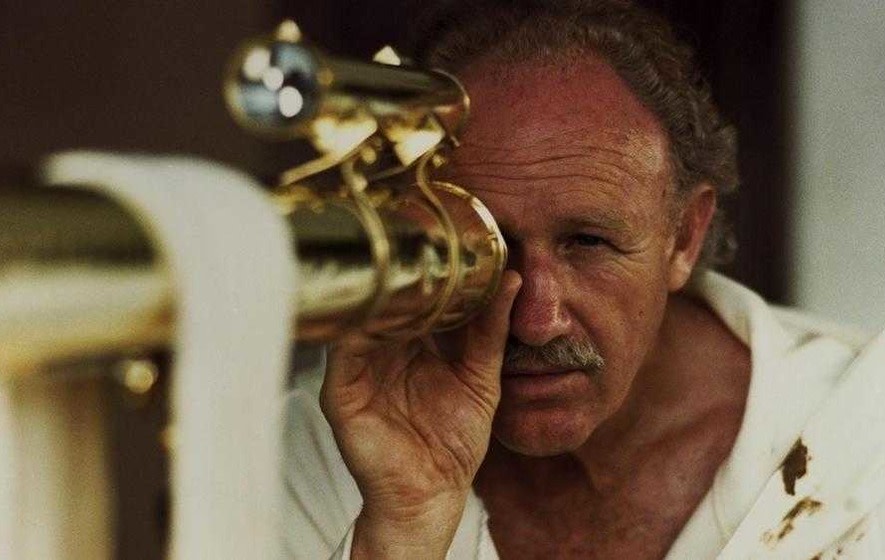 Roeg’s magnificently mythic meditation on greed and destiny (which John Boorman declared “the best picture ever made — for an hour”) kicks off with a spectacular prologue in the Yukon — where frostbitten prospector Jack McCann (Gene Hackman) accrues his fortune through seemingly supernatural intervention — before shifting timeframes and hemispheres to McCann’s Caribbean estate 20 years later, where the malcontent tycoon seethes with paranoia at the assorted schemers and conspirators who flock around him (played by an extraordinarily eclectic cast that includes Theresa Russell, Rutger Hauer, Mickey Rourke, and a cigar-chomping Joe Pesci). Roeg’s series of spastic setpieces and dissonant tones comes to a boil with a barbaric act of murder that is followed by a black magic orgy before segueing into a full-blown courtroom melodrama. 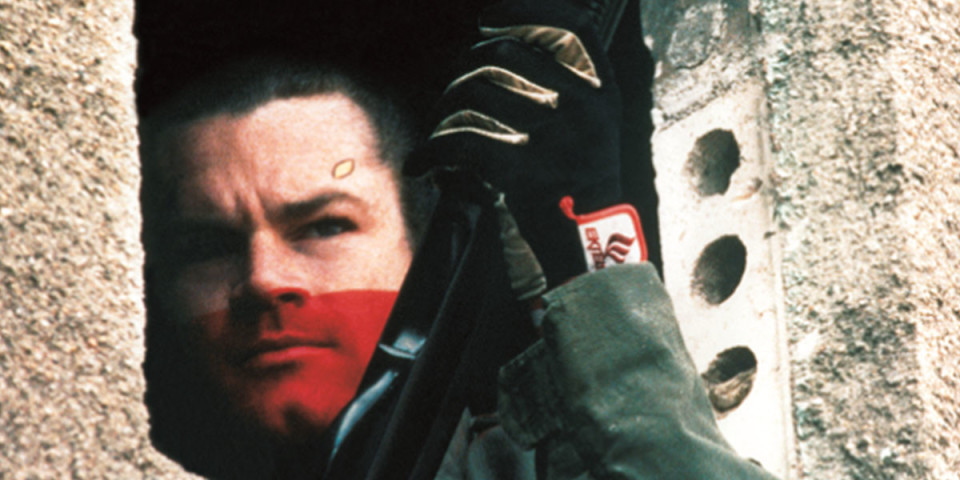 A serial killer is targeting the affluent housewives of an isolated Arizona suburb; when suspicion turns toward an amicable family man (David Keith), it forces his wife (Cathy Moriarty) to reflect on the enigmatic circumstances that brought them together, and to consider just how well she truly knows her husband. Cammell makes no compromises in his first film since Demon Seed, deliriously colliding arthouse surrealism with gripping marital melodrama and enveloping the whole in a hallucinogenic soundscape composed by Nick Mason of Pink Floyd, not to mention eclectic needle drops ranging from Leoncavallo’s Pagliacci to Hot Chocolate’s “You Sexy Thing.” 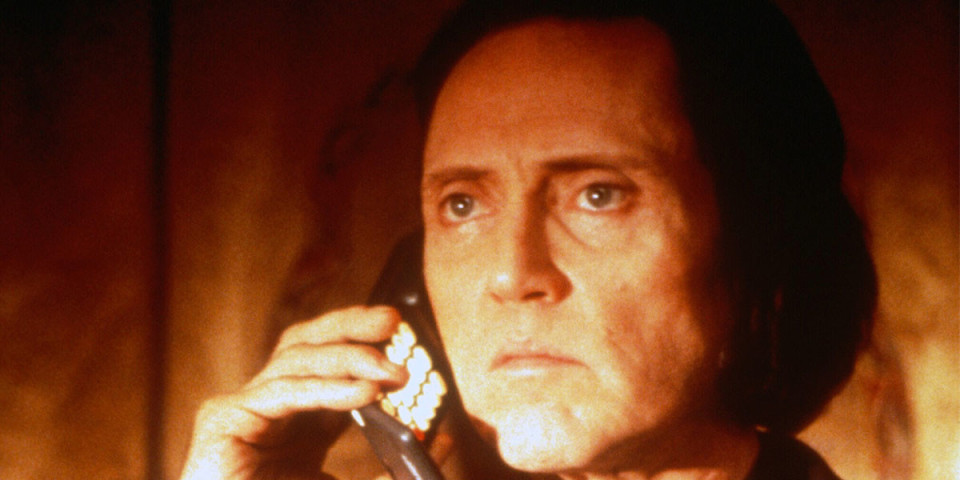 Cammell's final film stars Anne Heche as investment banker Alex Lee, who becomes entangled in a serpentine sting operation after a sadistic FBI agent (Steven Bauer) threatens to expose her second life as a high-class sex worker unless she helps him take down her eccentric john Bruno Buckingham (Christopher Walken), a notorious money launderer. When Alex meets Bruno’s wife (Joan Chen) and an instant mutual infatuation blooms into a passionate romance, the resulting carnal quadrangle leads to an unmistakably Cammellian dance between dual and duelling identities.

Walkabout preceded by The Argument