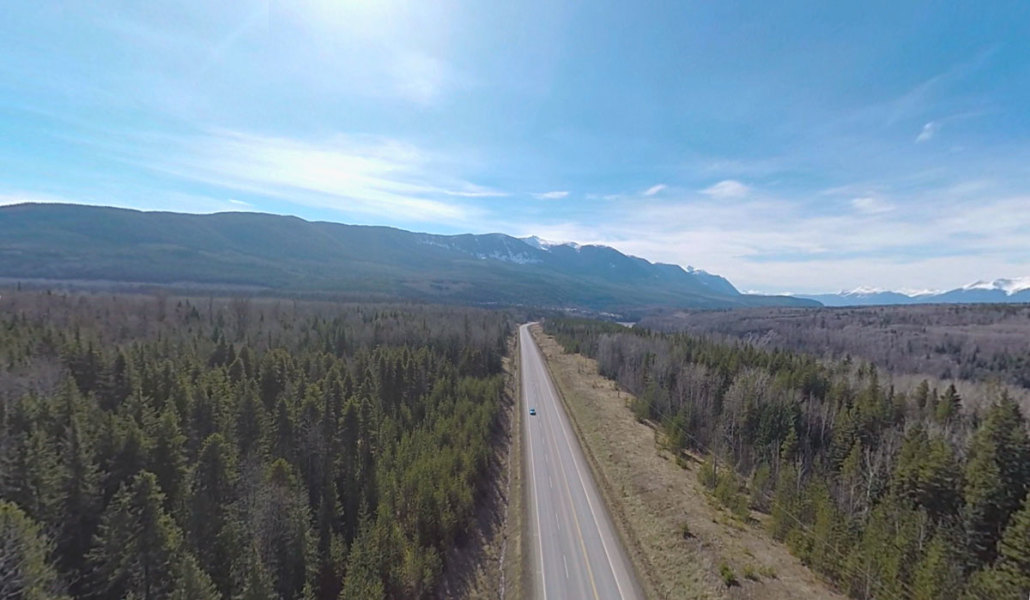 A conversation between documentarians Lisa Jackson and Alan Zweig

Next weekend, TIFF Bell Lightbox will show POP03, the final conclusion of our summer VR pop-up series. Featuring interactive, experimental VR installations where viewers can experience everything from a full-blown food fight to Seances, an “expressive, recursive melodrama” (co-directed by The Forbidden Room team Evan Johnson and Guy Maddin), it situates a viewer in a newly immersive narrative form.

Speaking to this, we asked documentarians Lisa Jackson (whose VR project Highway of Tears was shown in POP02) and Alan Zweig (winner of the Platform jury prize for his incredible film Hurt at TIFF 15) to conduct a phone conversation regarding empathy and virtual reality. Among the many revelations is a discussion of editing, poetics and what it means when we see someone’s face on film. POP03 runs at TIFF Bell Lightbox the weekend of August 19 to 21.

Lisa Jackson: I guess the interest in putting the two of us together is about dealing with challenging subjects and evoking empathy. I don’t know how much you know about the VR world right now. I’ve been learning about it since March.

Alan Zweig: I know nothing. Well, I met a guy in Vancouver and he was a VR guy. He stuck the device on my head, and then he did his demonstration film. I won’t say it was pornography, but it was definitely like...There was a girl and she was touching me.

I was sitting in the breakfast room in the hospitality suite and I was thinking, “everyone must be looking at me!” But they weren’t. It’s very unnerving because it affected me. I felt a little bit ambushed.

LJ: Well, that’s definitely an interesting VR experience to have! (Laughing) I mean, that probably will be where VR makes most of its money, pornography. I’ve watched a number of VR pieces and I made one. I went to a conference on VR at MIT, at the invitation of Kat Cizek, and what I do know is that there is debate all over the place. A lot of people are saying that it’s a radical new form for documentary because when you put the headset on, you can be in a 3D space with your subject.

For example, someone from the UN is going to be on a panel with me at TIFF. (Note: this interview was conducted before POP02 , so this event has passed. Gabo Arora, a UN representative, was unable to attend.) They’re doing pieces on refugees and ebola hospitals and places like this. And they’re finding that they’re getting a lot of response, not just an emotional response, but people are stepping up, donating and taking action. So, the idea is that by being in an actual space in a 360 degree virtual reality, you get a better sense of who people are.

AZ: Your piece is three-and-a-half minutes, is that right? I can imagine a VR piece that’s three minutes. I can’t imagine… are people talking about making a whole film?

LJ: They’re talking about it! I don’t know if that’s gonna happen.

AZ: I assume that some kind of vérité would be the ideal.

LJ: That’s the go-to. I’m more intrigued than I thought I would be. I’m not waving banners or anything. There’s a whole variety. People are trying everything.

I think that the general feeling is that non-vérité may be where it goes. What is being done is that you go to different environments in someone’s life. Typically, the ones that we’re seeing are with the Maasai in Africa or in an ebola hospital. As a filmmaker who deals with The Other, as far as Native people and stereotypes about representing people on a rez... it’s an interesting format. I don’t think it would work so well if you were doing this with your neighbour down the street.

AZ: I feel like I’m about to sound like this is bullshit, but the first thing you reminded me of was a long time ago when film existed and there was a precipice of film moving to video. Somebody said that the difference between film and video was that film looked like a dream and video looked like you were there. Now we’re taking that “you are there” feeling to an extra step with VR. This is interesting to me because, as a filmmaker, are you really sure that you’re all for the idea of the audience being there? Maybe the best film you can make puts the audience in a slightly different place than just being there.

LJ: Filmmakers are doing poetic, observational work that’s beautiful. But my question is, in terms of Indigenous people, that it leaves out a lot of context, and the historical context is really important. I question whether you can always justify an artistic, poetic approach, if a subject calls for more.

AZ: Just a simple technical question: it occurs to me that you wouldn’t want to cut very fast in VR?

LJ: Let me tell you the limitations. I made a little list.

You can’t really see people speaking for more than a sentence or two because you can’t internally edit it. So you can’t cut away. The result is you have to have other shots. A lot of times, people just have subjects looking into the lens, while you’re hearing their voice. It becomes very voiceover-driven with the exception of a sentence or two.

You cannot cut. It was recommended that we not have a shot shorter than 30 seconds. I have seen stuff faster, but I guess it makes people feel sick.

You cannot create rhythm through editing. You cannot choose what to focus on, except you can orient which way the person’s looking, but you can only put a person in a space. One of the things I like is that you have the headphones on. So, from a sound perspective, if you want to create a place, it’s amazing.

One of the things that I’m questioning is just around this idea of empathy... With my longer project, I (tried) to create the space for someone to be in other people’s lives without judging it. You create enough mental space that they’re not just popping in like a news story. They’re actually inhabiting that life and that community for awhile, so they can understand it better. There’s the potential for that.

AZ: Maybe not something too psychedelic, but there’s a lot of films that you could take and put on a VR headset. Like what you said initially about how the UN people feel more than “oh, the poor people...” It’s almost like you showed them the film and gave them a little drug at the same time.

LJ: This is something I’m wondering about in particular with VR... even though we’re the filmmakers and the authors, I think of our relationship with the subjects as kind of a participatory, back-and-forth one. I wonder, does VR have the opportunity to be more or less participatory? It’s less shaped because you plunk this thing in the middle of the room and you gotta get out of the way and whatever unfolds, unfolds.

AZ: Not that I’m looking for work all the time, but a part of me just thinks, if everything is shot in VR, then they won’t need directors. They might as well just stick the camera there and leave.

I’m scheduled to make some kind of film in Nunavut sometime this year, or early next year. The film is predicated on me being me. It’s going to be a journey. The film is about me understanding. What is your film about?

LJ: It’s fairly straightforward. It’s a bit different from the other pieces, which is that we did an interview with the woman. She’s sitting in her space, which actually is amazing. Like a lot of rez houses I’ve been in, it’s decorated with photographs and tchotchkes and things everywhere. So, you get to see all of that.

LJ: It’s not one camera... it’s 16. It’s an array pointing in every direction, and then they stitch them together in post. Because she was talking about the Highway of Tears, we had static as well as moving drone shots in 360 degrees... I started looking at the visuals almost like a painter. It’s like, we want to put people on the highway and have someone standing on the side of the highway at dusk. How big and empty is that? And how potentially scary because that’s where these women go missing? But, how beautiful is this territory too? I think the assumption would be, “Well, all these people are so isolated out there in these reserves, they should all just move into town.” For me, that’s not the solution because that’s the centre of everything for them.

AZ: When people are talking, I want to see them talk... I could make a VR film where it’s just people telling stories, people talking about themselves, we don’t have to see them, and then we just bring the audience to a perfect place to look at, while they hear these stories. I don’t know if that’s what they’re looking for in the VR world.

LJ: But do you feel like things are lost, if you don’t see their face on camera?

AZ: Sometimes they seem real and sometimes they don’t. Sometimes, people sound like they’re parroting back things that you told them to say. That would definitely be a challenge to make a film where you never saw the face. But if you saw an image that allowed you to have a deeper understanding of the story they were telling, that’s a beautiful goal.