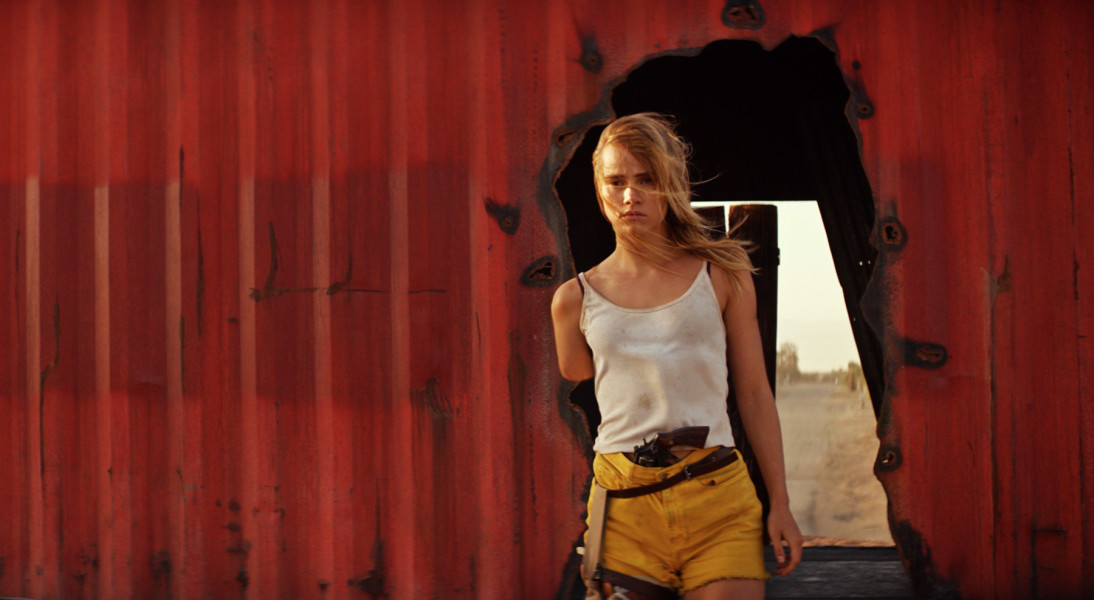 "Don't audition for this if you're a wuss"

Ana Lily Amirpour's new film The Bad Batch, the highly anticipated follow-up to her Iranian vampire spaghetti western A Girl Who Walks Alone at Night, launches this weekend at TIFF Bell Lightbox. It's a vivid fever dream, starring an amputeed supermodel, a crew of bloodthirsty scavengers, and a mustachioed Keanu Reeves leading a cult of EDM DJs — a deliriously gory cannibal rom-com ready-made for twisted Tinder dates at the movies. (Another description vetted by the director herself is "post-apocalyptic fairytale.") The film premiered at TIFF 2016, where Amirpour and star Suki Waterhouse engaged in an hour-long interview with The Guardian's Nigel M. Smith as part of The Guardian TIFF Talks. Below, watch Amirpour describe how she convinced Jim Carrey to play the role of a near-silent (and virtually unrecognizable) homeless vagrant and how Waterhouse switched up Vogue photoshoots for body surfing on a skateboard to play the most daring role of her career.