Deadpool and the Shallow Superhero Metacomic

The merc with a mouth

Deadpool was born meta. Christened Wade Wilson in 1991 by writer Fabian Nicieza, the Marvel smart ass’ name obliquely references another superhero (DC’s Deathstroke, aka Slade Wilson) whose accelerated healing powers he shares. Wade became Deadpool after an experiment left him looking like “Freddy Krueger face-fucked a topographical map of Utah.” But that’s not what makes him special. This morally ambiguous anti-hero acquired the moniker "Merc with a Mouth” because of his sardonic self-referential wit and his aggressive disregard for the fourth wall. An ace at regenerating cells AND cultural references, Deadpool knows he was just in a movie that broke box office records, which makes him the perfect superhero for our time.

Because he’s all talk, the Mouth’s incessant meta-chatter acts as a sort of unintentional gaslight, a distraction from the fact that there is no there there. To put it as blatantly as an episode of The People vs. OJ Simpson, Deadpool is the heroic incarnation of Twitter, a series of quotable quips and Vine-able moments. Ryan Reynolds compared his character’s constant asides to DVD commentary and he’s right – watching Deadpool is like listening to a lecture about film as the film itself fades into the background; that the plot is weak, the characters shallow and the script little more than a string of repetitive gimmicks is inconsequential, because, as social seat fillers, we pay attention to Deadpool’s chatter alone. Nothing else is worth tweeting about – we are bound by 150 characters. 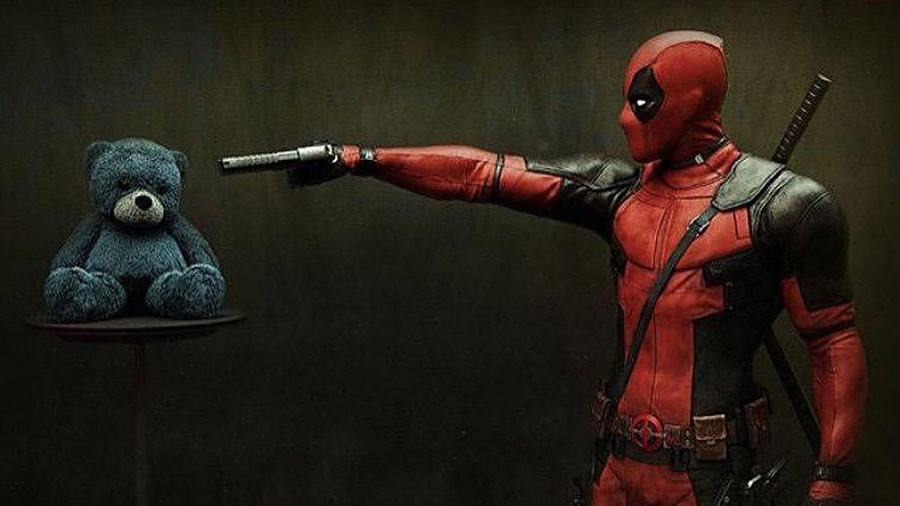 Reynolds is perfect for the part. The perpetual break-out star had already perfected the deadpan wisecrack way back when all he had to work with was National Lampoon’s Van Wilder. Not since Matthew Broderick ate up Ferris Bueller like a bon mot bon bon had a young actor been such a quintessential smart aleck. Except that Reynolds didn’t have John Hughes to write for him. So for a time he languished in the foreground of bland comedies like Definitely, Maybe and The Proposal. Hollywood doesn’t like its wise guys with a side of self-effacement – double negative? – it prefers them inoculated with a heavy dose of arrogance (and those roles are reserved for Robert Downey Jr.). But then came Deadpool. “The merc with a mouth,” Reynolds said, “it’s like that’s the reason I stepped out of my mother, to play that role.” We just weren’t ready for him until now.

Four years ago “meta” became so pervasive that The Boston Globe’s Ben Zimmer was inspired to call out “our current culture, where everything, it seems, can instantly become self-referential, self-conscious, and self-parodying.” He pointed out the vertiginous effects of “the frenzied feedback loop of social networking” in particular. And that’s Deadpool’s real superpower – it can ride the wave of a Green Lantern joke while using that film’s very punchline to deliver it because we’re too busy nostalgizing via hashtags to notice the hypocrisy. We barely bat an eyelash emoji when Tim Miller’s film acknowledges the comic genre’s misogynistic traditions – “I’m not sure if it’s more sexist to hit you or not,” Deadpool tells two fenemies – and then proceeds to reinforce them. “I didn’t ask to be super, and I’m no hero,” our hero says. “But when you find out your worst enemy is after your best girl, the time has come to be a fucking superhero.” The “girl” in question being Vanessa Carlysle (the extra-terrestrially beautiful Morena Baccarin) who rejects the “damsel in distress” label but whose job appears to be running around in as little as possible – that is when she’s not having graphic sex with her knight in body armour.

“Meta” is supposed to be the opposite of skimpy. The term actually comes from the Greek for “beyond” and is believed to have gone mainstream in 1979 – Douglas Hofstadter used the prefix in his Pulitzer-winning book Gödel, Escher, Bach, which explored self-reference’s place in human consciousness – though metafiction dates back to Homer’s Odyssey. On stage, the fourth wall erected by Diderot in the 1700s was torn down only two centuries later and it was barely reconstructed on celluloid before Groucho smoked it out. Then, about seven decades later, critic Douglas Wolk introduced the “superhero metacomic,” “whose point is commentary on the conventions of superhero stories or on familiar characters who are represented in a thinly disguised roman a clef way.” According to him, the master prototype is 1987’s Watchmen, a graphic novel by Alan Moore and Dave Gibbons that deconstructed the concept of the superhero, and, on a trendier note, popularized the self-referential humour that now permeates screen superheroes (cf. Iron Man, The Avengers, Ant-Man et al.)

Though an unfashionably avant-garde academic wrote about the meta-ness of pop culture way back in 1992 – Prof. Michael Dunne named it “metapop” and cited Spaceballs – there was no Web to catch the trend. Now there is. “Metapop” is so common these days that it has permeated every inch of Hollywood. The problem is, like a beautiful star who can’t act, meta superheroes are using self-reference as their raison d’etre, rather than as a reason to go beyond. “[T]he side effect of metacomics’ rise is that they’ve become the province of ‘super-readers,’” wrote Wolk in Reading Comics, “those who are so conversant in the minutiae of genre conventions and comics lore that it’s possible to make allusions to those minutiae the whole point of a story.” 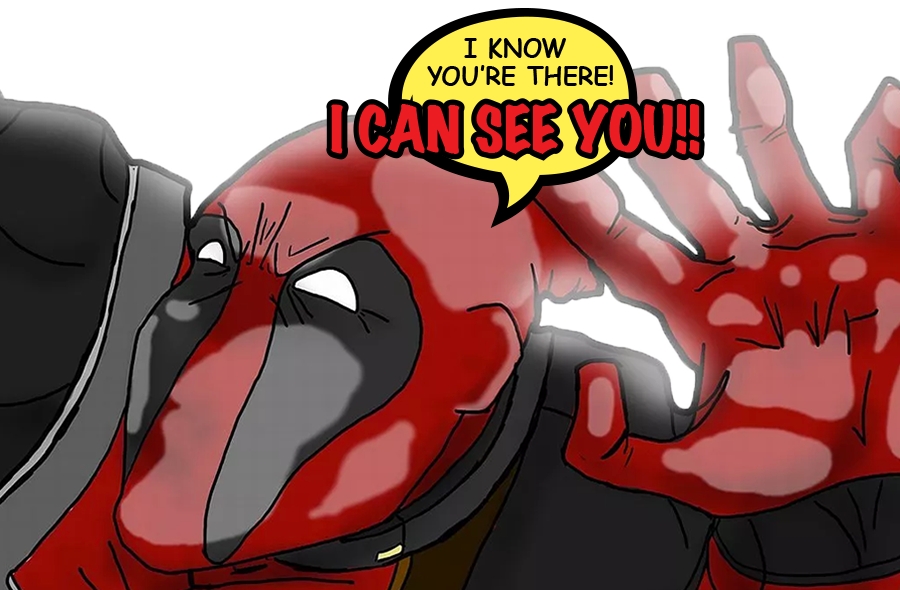 Last year Deadpool artist Rob Liefeld admitted that when he first read the script, he thought, “This is the voice of a Tarantino in a comic book movie.” Quentin Tarantino is, of course, the unofficial monarch of meta movies. But Alex Hess’ review of The Hateful Eight in The Guardian pinpoints the reason so many of us have had trouble enjoying him the way we did when Pulp Fiction was released – Tarantino’s movies no longer pan to the glowing briefcase, they now exist entirely inside it. “Whereas his early films were set in something resembling reality, his recent stuff takes place in a self-referential schlock-world governed by the conventions of long-extinct genres,” Hess wrote. “His inner movie nerd has started directing the action rather than decorating it.” While his work continues to look good and sound good, it’s not saying anything we haven’t heard before, it’s just saying it all at once. And Deadpool, true to its meta-roots, is repeating the same mistake, we just have to tear our eyes away from his smart ass long enough to notice.