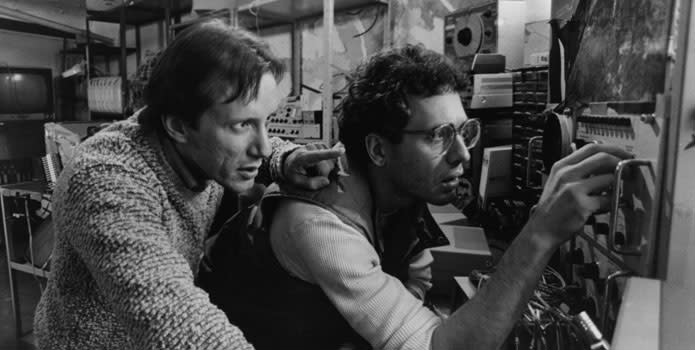 In the Higher Learning programme's inaugural event, legendary Canadian director David Cronenberg and his longtime editor Ron Sanders joined post-secondary students and faculty for a screening of the 1983 classic Videodrome.

In the inaugural Higher Learning event, held on September 24, 2010, Canadian director David Cronenberg and his longtime editor Ron Sanders – who have collaborated on seventeen films together since their partnership began with Fast Company in 1979 – joined the Higher Learning audience for a Q&A following a screening of the 1983 classic Videodrome. Released just as the home-video market had begun to explode – and looking more prescient than ever in our contemporary era of cyber-voyeurism – Videodrome marked an artistic and professional turning point in Cronenberg's career, its dystopian vision of technology-as-disease combining the director's trademark "body horror" motifs with a critique of technology's influence on thought and perception that drew obvious inspiration from the work of famed Canadian media theorist Marshall McLuhan. Topics covered in the Digital Resource Package include Videodrome's impact on Canadian and international cinema, Cronenberg and Sanders' work both together and apart, McLuhan's influence on film and new media, and depictions of science and technology on film.