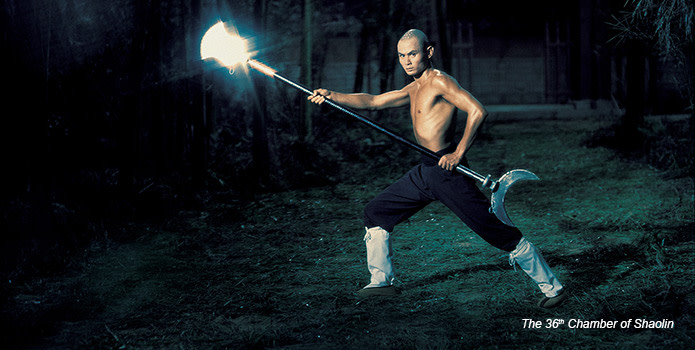 David Bordwell delivered a lecture on the dynamic cinematic language of the martial-arts film and its evolution throughout the genre's history.

David Bordwell, film scholar and author of the seminal study Planet Hong Kong: Popular Cinema and the Art of Entertainment, delivered an illustrated talk which traced the century-spanning history of the martial-arts genre.

Tracing the genre's history from Chinese silent cinema (some examples of which were featured in Higher Learning's Buried Treasures of Chinese Silent Cinema) to canonical Hong Kong films such as Bruce Lee's The Way of the Dragon (1972) and Jackie Chan's Police Story (1985), Bordwell related the martial-arts film to traditional forms of Chinese theatre and performance art, as well as to foundational tenets of Western film theory. In particular, Bordwell contended that the genre's unique use of both choreography and editing realized that principle of "dynamic movement" that was a long-held dream of renowned Soviet filmmaker and film theorist Sergei Eisenstein.

The presentation analyzed numerous films in great detail and paid particular attention to films featured in the A Century of Chinese Cinema sidebar programme, Swordsmen, Gangsters and Ghosts: The Evolution of Chinese Genre Cinema, including A Chinese Ghost Story (1987), The 36th Chamber of Shaolin (1980), and the films of John Woo.

In partnership with the Asian Institute at the Munk School of Global Affairs, University of Toronto and the Asia Pacific Foundation of Canada's National Conversation on Asia, this Higher Learning event was held on June 10, 2013 at TIFF Bell Lightbox.