With her stunning new sci-fi epic High Life, the ever-daring French auteur continues to create a cinema without borders 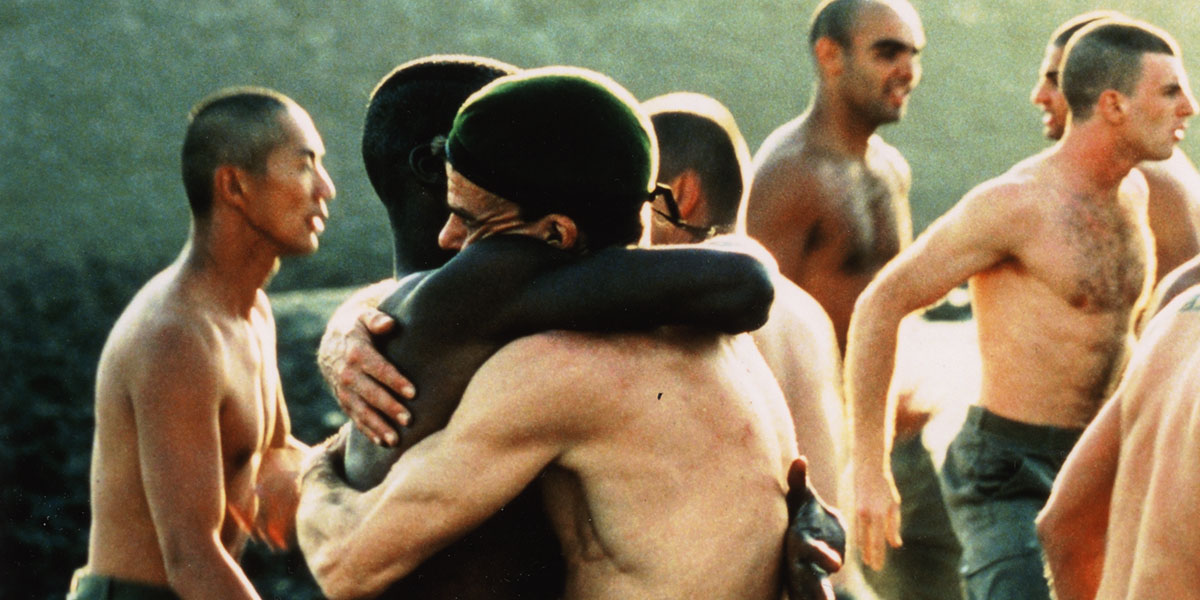 In the 30 years between her debut Chocolat and last year’s double feature of the romantic drama Let the Sunshine In and the controversial science-fiction epic High Life, Claire Denis has directed more than 20 short and feature films, creating one of the most singular bodies of work in contemporary world cinema. Though her films have revolved around a recurring constellation of themes — including the nature of desire, the representation of race, and the many possible definitions of “family” — Denis’ cinema defies easy categorization. Ranging freely across genres, subjects, tones, and methods, she has explored an extraordinary range of experience while remaining inimitably herself.

Born in Paris, Denis spent most of her youth in West Africa, where her father served as a colonial administrator. Returning to France in her adolescence, Denis gained admission to IDHEC, the national film school, where she studied under such luminaries as director Peter Brook and cinematographers Pierre Lhomme, Henri Alekan, and Sacha Vierny. After scoring her first job on a film set as an extra in Robert Bresson’s Four Nights of a Dreamer in 1971, she worked as an assistant for Dušan Makavejev (Sweet Movie) and Jacques Rivette (Out 1), and then travelled to the United States to work on Wim Wenders’ Paris, Texas and Jim Jarmusch’s Down by Law.

Though Denis’ own work displays many traits of those she apprenticed under — Makavejev’s sexual frankness, Rivette’s elliptical narratives, Wenders’ magisterial tracking camera, Jarmusch’s affinity for outsiders — she quickly established her own distinct style and set of preoccupations. Marked by an intimate sensuality that contrasts with her often harsh subject matter, Denis’ films are made up of fragments constantly coalescing and dispersing, creating a visceral “in-the-moment” experience that renders her characters uncannily familiar even as their motives and drives often remain mysterious. 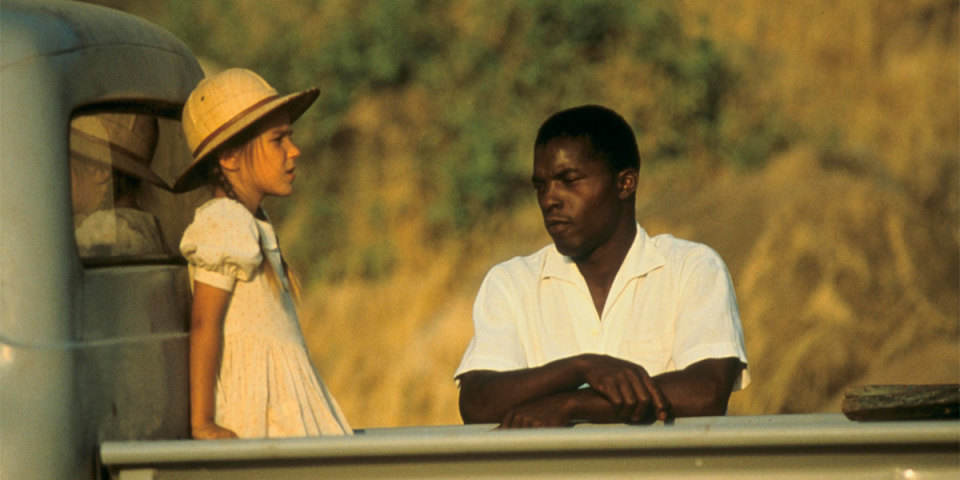 The extraordinary proximity Denis creates between audience and character allows the viewer to slowly, almost intuitively understand her protagonists’ struggles, pains, difficulties, and desires, bringing us so close to their experiences that we cannot help but see something of ourselves reflected in them: we feel the alienation and pain of the immigrant brothers who run a brutal cockfighting ring in No Fear, No Die; we become another sibling to the serial killer of I Can’t Sleep; and, perhaps most disturbingly, in Trouble Every Day we share a frightening complicity with a man struggling to combat a virus that drives him to cannibalism. 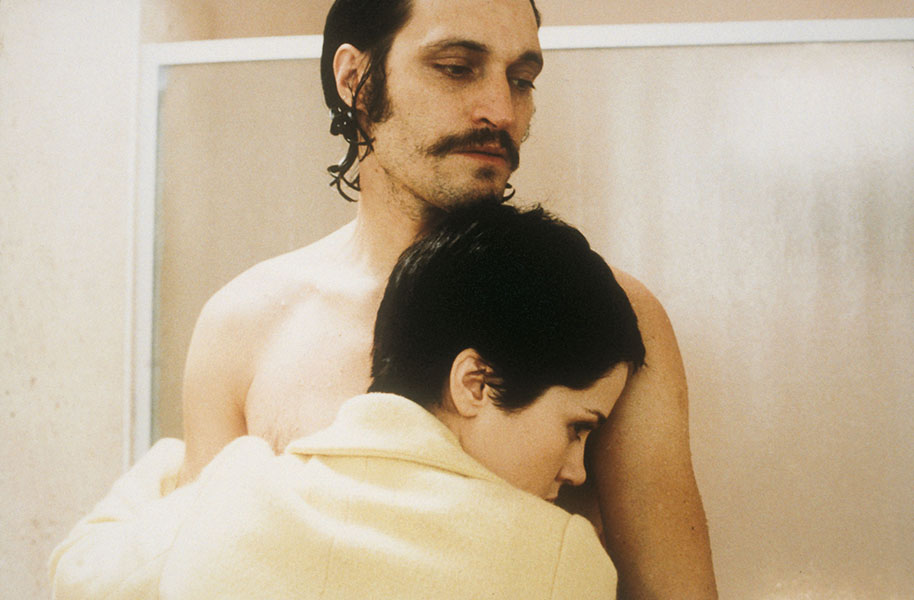 Vincent Gallo and Tricia Vessey in Trouble Every Day

More than anything else, it is fearlessness that defines Denis’ cinema, not only in the occasional extremity of her subject matter, but also in her acceptance that borders — between content and form, insider and outsider, desire that liberates and desire that destroys — are perpetually unclear. The fatal rivalry that drives Beau travail and the horrifying deeds in I Can’t Sleep, Trouble Every Day, and Bastards share the same artistic (and human) universe as the touching closeness between fathers and daughters in 35 rhums and High Life, between uncle and newborn niece in Nénette et Boni, between tender one-night lovers in Vendredi soir. 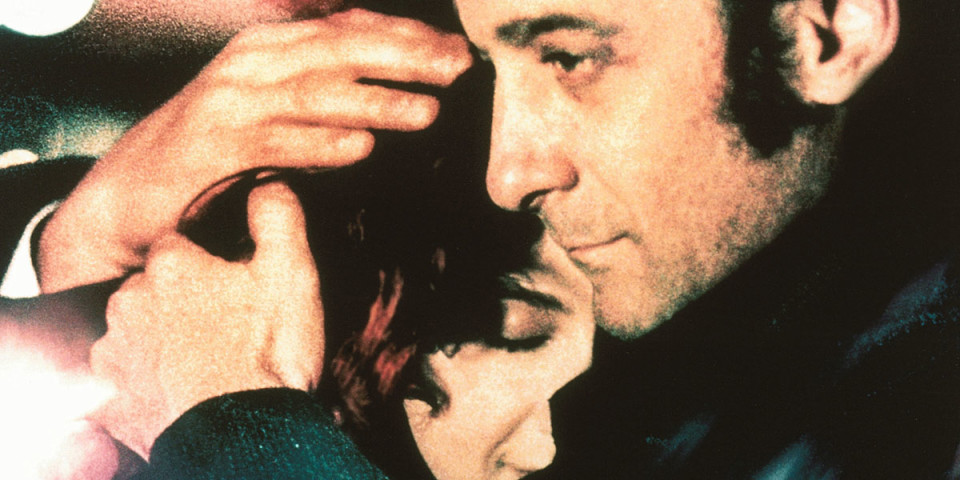 As the increasing unity of our globalized era ironically augments the fracturing of our identities and the fragmenting of our experiences, Denis reminds us of our inescapable nearness to one another through the shared language of the body — a nearness that, whether it be reassuring or unsettling, compels us to confront our own longings and desires, our own personal states of exile, rather than pass judgment on those of others.