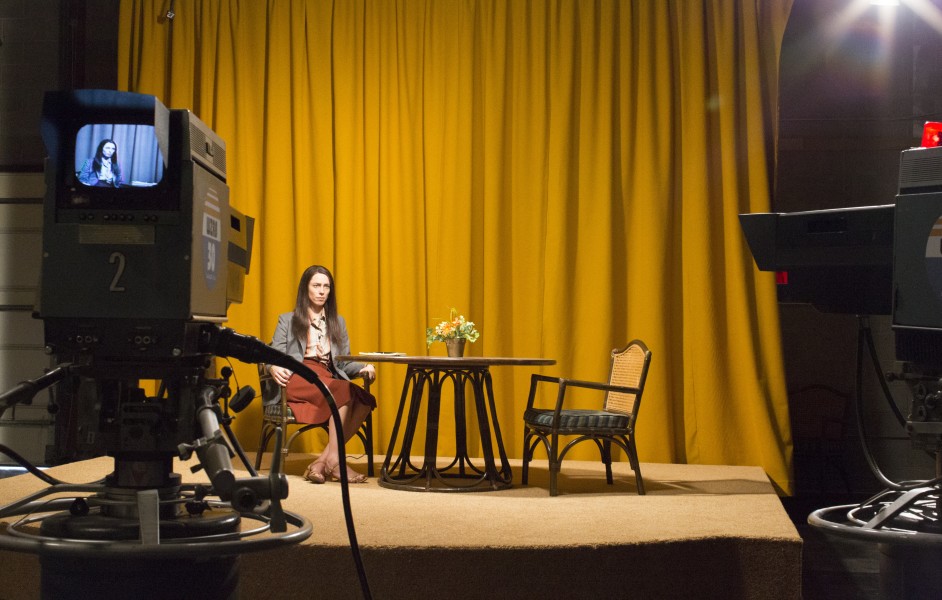 Christine Plays The Action, All The Way To The End

Discussing the performance and tragedy of Antonio Campos' new film

The film Christine, directed by Antonio Campos, playing now at TIFF Bell Lightbox, is a narrative rendering of a local newscaster Christine Chubbuck who shoots herself live on air in 1974. By the nature of the subject we know how the film ends, lending a Shakespearean pall to settle heavily over and seal the story. The ending is involved in every scene, relegating every action and performance decision to evidence. So the only way that the film can live freely is through the filmmaker’s energetic involvement in each moment, oscillating between resisting the ending and rushing into it headlong.

One of the first lessons I learned about film acting was to play the action, not the meaning of the action. I was supposed to be a teenager, stocking shelves at her summer job. The director (Matthew Porterfield for I Used To Be Darker) said, “Don’t play bored, we know that the job is boring.” He continued that if anything I should play it slightly upbeat because don’t worry, it would still read as bored. This has been a running instruction I have received from directors, my favourite being, “Play it like you’re really happy — you’re a really anxious person, so it will still come through underneath.”

What I take this to mean is that the image in a film is so economical, and so weighted in connotations, that you have to constantly negate it in order for it to bear some resemblance to the complexity of reality. In the case of the character Christine (played by Rebecca Hall), it seems a matter of resisting every behavior being read as a symptom. No matter what, the film still needs to show her joy and desire, as well as the moments when she is overtaken.

Christine Chubbuck (the person) looks somewhat like Joan Baez or Patti Smith, tall with long limbs, high cheekbones and a prominent brow. Rebecca Hall developed an impressive set of gestures for the character — tensing her lips, chewing her cheeks, furrowing her brow, as well as deepening her voice and stiffening her posture. The perfectionism and idealism that are her downfall are also what brings her performance focus and immediacy. 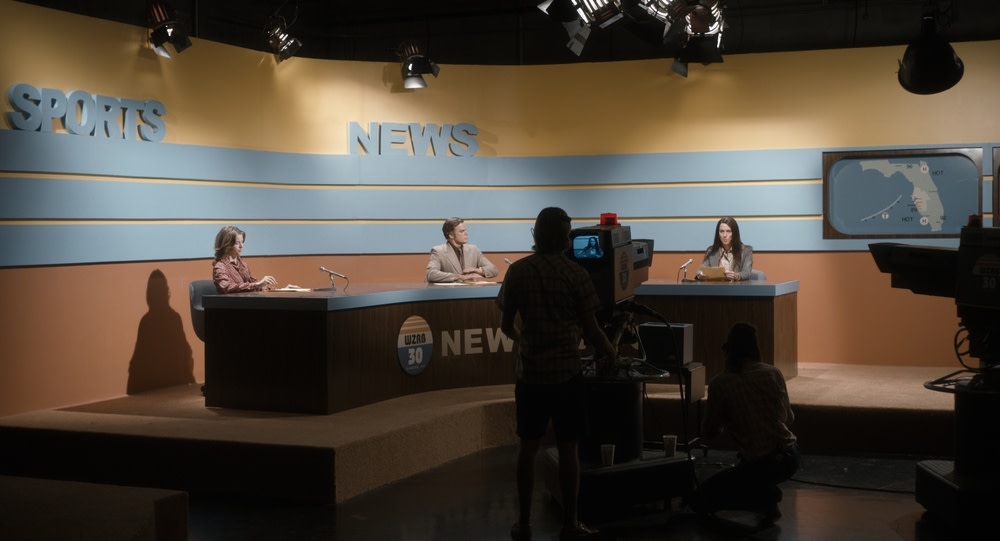 Every movement in Christine’s career is being taken extremely personally, we see the character careen from being invigorated by ideas to wrecked with disappointment. The fundamental onscreen relationship is between our lead and her mother Peg, played by J. Cameron-Smith (the mother in Margaret!) – they are continually shifting between who is the child, the mother and the friend. This is dictated by Christine who has as little boundary between herself and her work, as she does between herself and her mother, a narcissism that is symptomatic of her mental health.

There is a striking similarity between Christine, the character and the film, and Campos’ other major works, Afterschool and Simon Killer. Each of the films bares a film-within-a-film, a character that either explicitly or metaphorically mirrors the filmmaker’s own pull for authorship. In Afterschool, a prep-school student captures classmates dying from poisoned drug on-camera. In Simon Killer, the main character wanders the streets of Paris aimlessly until he encounters his story. In Christine, we see her actively involved in the construction of her news stories. All three films concentrate in one way or another on the materiality of a story. Besides seeing Christine write and research her stories, we see her teach herself to operate an Akai camera and cut together her own tape. Christine tells her boss that she wants to capture “real Floridians, real stories” without flourishes or sensationalism. Campos seems to be making a case for Christine as an art filmmaker, not so much in the wrong time, but in the wrong genre of media.

In a film where a spoiler is literally besides the point, filmmaking is what becomes the focus. We see a fictional reconstruction of a person that idealized personal and naturalistic-filmed stories who took her own life with the words: “Keeping with Channel 40's policy of bringing you the latest in 'blood and guts', and in living colour, you are going to see another first — ’attempted suicide.’” Christine’s final moment was one of violence and cynical satire. Though an act so final cannot be considered satire, but rather a fully realized warning of the direction where cinema is moving.

*Deragh Campbell is an actress, writer and filmmaker who has appeared in several award-winning shorts and feature films. Last year, she was selected for the TIFF Rising Stars programme. *