Catherine the Great: In Praise of Catherine O’Hara

Worship at the altar of this character-comedy goddess 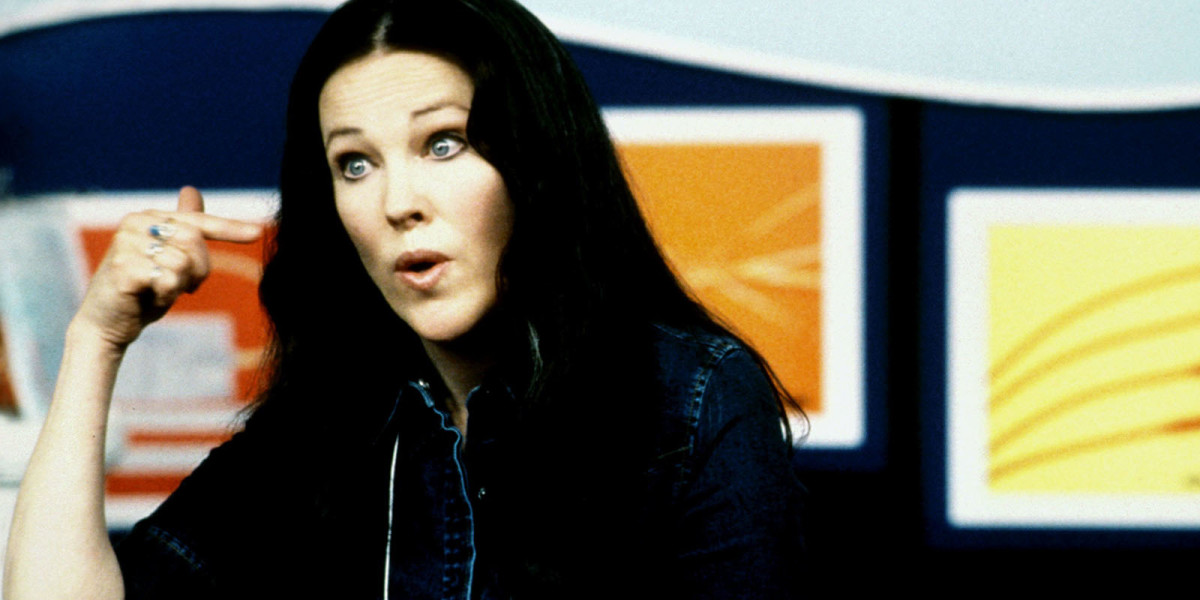 “In the lea of a picturesque ridge lies a small, unpretentious winery, one that pampers its fruit like its own babies...” With this iconic line from a fake fruit-wine commercial, Catherine O’Hara’s Moira Rose slurred her way into the hearts of millions of Schitt’s Creek viewers, and birthed a new wave of fandom for the character-comedy goddess who embodied her. As the sublimely pretentious Moira, the Rose family matriarch and washed-up soap-opera star–turned–housewife in a backwater town, O’Hara has given the world one of her most amazing creations, the jewel in her cable-TV crown. Moira’s scenes are a master class in vainglorious strangeness. She doesn’t walk — she makes an entrance. Her style is monochromatic high fashion. Her vocabulary is bombastic and unhinged. Her accent is unplaceable, a mid-Atlantic cross between Barbara Stanwyck and a Victorian dowager countess. Her wigs are numerous. But, as Moira might ask, “Whence did she come?”

Fresh out of high school in the early 1970s, O’Hara was waiting tables at Toronto’s Second City improv theatre when she managed to convince cast member John Candy to listen to her routines, which led to her understudying for Gilda Radner and eventually joining the mainstage troupe. Honing her skills at what she fondly called “comedy college” alongside Candy, Dan Aykroyd, Andrea Martin, and Eugene Levy, O’Hara was one of the cast members recruited for SCTV, a television showcase for the Second City collective that originally ran as a late-late-night kicker to Saturday Night Live.

As one of only two female cast members (along with Martin), O’Hara battled the rampant (and still prevalent) sexism of the comedy industry to eventually get writing credits on the show. During her tenure, she also premiered such memorable creations as Vegas entertainer Lola Heatherton (“Wait until I shake your tree, boy, I’ll break those Christmas balls!”) and SCTV PR director Maureen Wallace, and spot-on impressions of such celebrities as Jane Fonda, Meryl Streep, Brooke Shields, Katharine Hepburn, and Elizabeth Taylor. (A fan once told Andrea Martin how much she loved Andrea and “the other three women on the show” — the “other three” all being O’Hara.)

After leaving SCTV, O’Hara made the move to live out Lola’s dream on the big screen. Through the late ’80s and early ’90s, her scene-stealing bit roles — an eccentric ice cream–truck driver in Martin Scorsese’s After Hours, a reigning neighbourhood gossip in Mike Nichols’ Heartburn — led to breakout performances as step-mom/artiste Delia Deetz in Tim Burton’s Beetlejuice and Macaulay Culkin’s mom in the perennially popular Home Alone franchise. (O’Hara’s piercing scream of “Kevin!” still echoes throughout households each holiday season.)

But it was when she reunited with her old SCTV pal Levy and met his writing partner, Christopher Guest, that she found a kingdom worthy of a queen of comedy. Guest’s absurdist, unscripted mockumentaries called for a troupe of super-improvisers; armed with nothing but a loose outline and sketches of characters, Guest pointed his camera and just rolled. In the four films she made with him between 1996 and 2006, O’Hara crafted a gallery of memorable oddballs who were also genuinely compelling and empathetic characters — American dreamers playing out their fantasies. Who could un-hear Sheila Albertson’s screeching audition in Waiting for Guffman? Who could forget Cookie Fleck’s wobbled walk in Best in Show, the autoharp-strumming Mickey — one half of folk duo Mitch & Mickey — in A Mighty Wind, or Marilyn Hack’s nip/tuck in the awards-season satire For Your Consideration? On top of balancing Hollywood hits with indie “faux documentaries,” she’s guest-starred on prestige TV (Curb Your Enthusiasm, Six Feet Under), launched a voice-acting career (The Nightmare Before Christmas, The Addams Family), crossed over to drama (Temple Grandin), and earned cult-worship status (in addition to four Canadian Screen Awards and a recent Emmy nomination) for her portrayal of Moira Rose on Schitt’s Creek, now wrapping up its sixth and final season.

There is no doubt O’Hara is one of the masters of a particularly exasperated and matriarchal style of screwball comedy, but beneath the surface is also that rare power of stillness — a unique emotional alchemy that marries the potentially maudlin couple of hilarity and sentimentality. She’s best in show, and that’s that. So tease out your favourite wig and uncork a bottle of Herb Ertlinger Fruit Wine: it’s showtime.