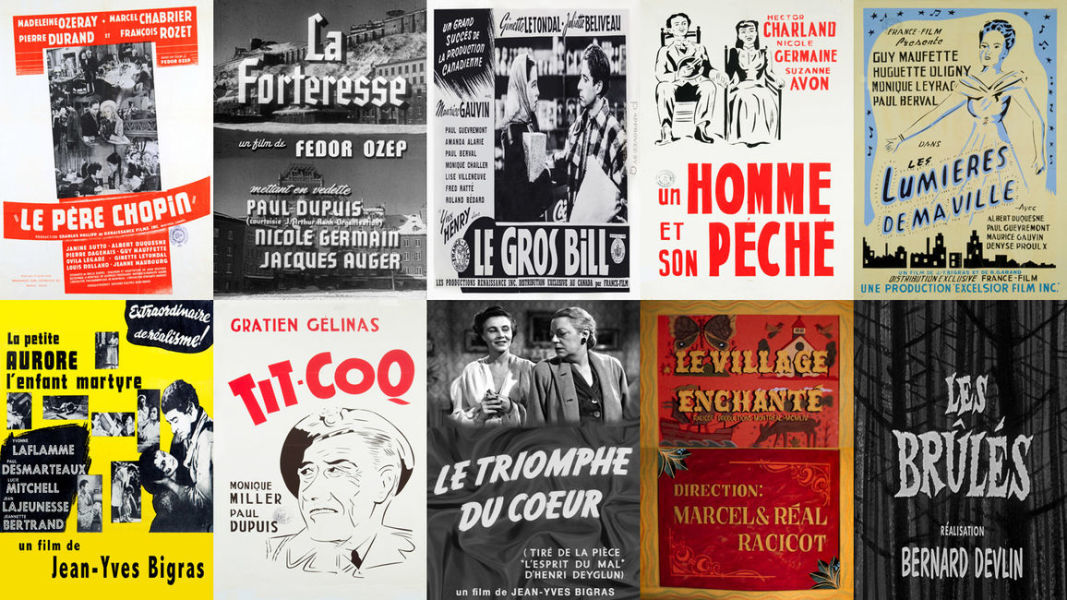 Meet the Indiana Joneses of the Canadian film restoration world

Working in the wilds of Quebec, filmmakers Claude Fournier and Marie-José Raymond tear through storage lockers and barns in the Eastern Townships looking for the lost artifacts of Québécois cinema. Their restoration project, Éléphant, is committed to rebuilding every single narrative feature in provincial cinematic history. So far, that’s 1,000 features made before the year 1998.

Not only does Éléphant create a seamless digital restoration, but offers all its films on iTunes, with proceeds going directly back to the artists and rights-holders. (Hard-to-access titles such as Manon Briand’s charming queer bike-courier comedy 2 Seconds, which premiered at Sundance in 1998, are available to rent for under $3 and include English subtitles.) If you happen to be in La Belle Province, they also do monthly screenings with talk-back sessions at Montreal’s Cinémathèque québécoise and Quebec City’s Musée national de Beaux-Arts du Québec.

We spoke to the company’s founders about the challenges and joys of their work, their favourite Quebec filmmakers, and the inspiration for the company's name. On December 23, TIFF will screen Éléphant’s digital restoration of Lea Pool’s 1984 art-house mystery La Femme de l’hotel as part of the organization’s free Canada on Screen programming. 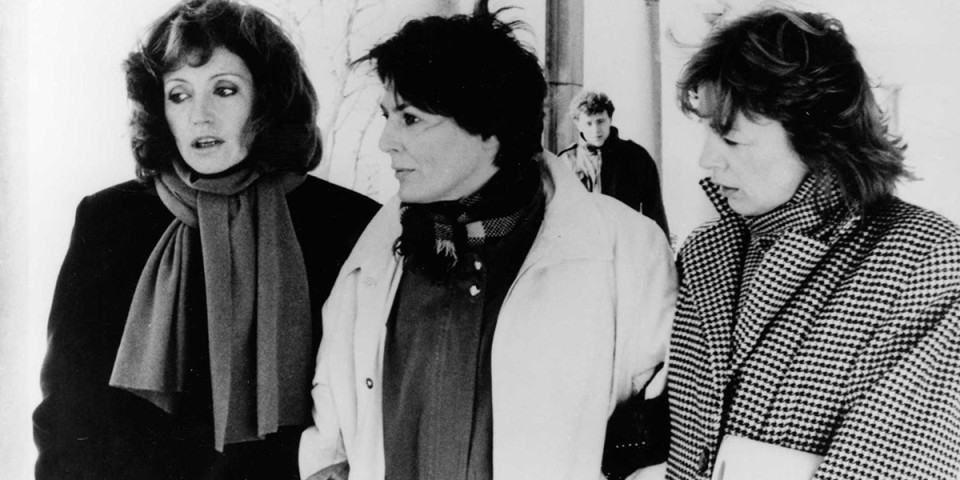 __Éléphant is such a noble initiative. How did the project come together? __

Claude Fournier: The project started 11 years ago. Pierre Karl Péladeau was the head of [Quebec-based media empire] Quebecor and we were friends. One day he asked me, "Why has it become impossible to watch repertory films?” At the time, there were barely ciné-clubs, the video stores didn't carry rep films, and there were no more repertory cinemas in Montreal. Copies of old films were either in tatters or were becoming more and more difficult to find.

Marie-José Raymond: There were no 35mm projectors in cinemas. The distribution of films was really changing.

Claude: Pierre’s grand idea was to restore all of Quebec cinema, including documentaries, and he asked us to help. After a little research, we told him: “This will cost an absolute fortune. Why don’t we start with restoring Quebec’s 1,000 narrative features?” Ten years later, we’ve restored 250 films. Some of these titles have been restored three times because the technical means are becoming much more sophisticated.

Marie-José: Not only are Éléphant’s films digitized and restored, but they are made available on iTunes in all countries where the official language is French. While we are not a distributor, this is a special project to make our national cinema available to the world.

Quebec cinema is a national cinema unto itself. What differentiates it from the rest of Canadian film?

Marie-José: The need for cinema in Quebec comes from the language. Canadian film is a late bloomer because American films fulfilled all the expectations of the Canadian public for so long. In Quebec, we need our own films in French. When the war started in Europe, the French films from France became very scarce. Quebec feature filmmaking started in the 1940s, so we're still very young. Our industry has since bloomed, creating major directors, producers, and actors. We’ve seen people like Robert Lantos emerge from Montreal and the National Film Board establish themselves in Montreal after the war. We want to support developing talent here. 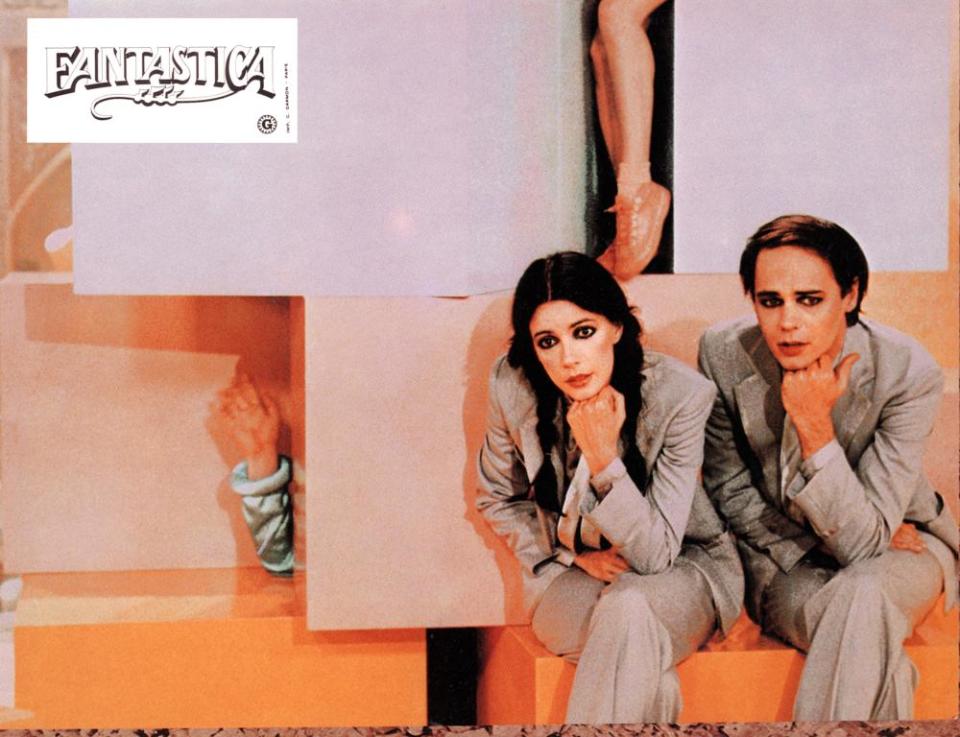 An image from Gilles Carle's Fantastica (1980). The only remaining print of the film was found in a storage locker in Toronto.

What are some of the challenges and joys of your work?

Claude: We have saved several Quebec films from total destruction. The only print left of Fantastica by Gilles Carle [1980] was trapped in a storage locker in Toronto — the rental fee hadn’t been paid for years. We managed to get the print a week before it was sent for scrap metal.

We found films sitting in a barn in the Eastern Townships that had been there for 25 years. The cans were so rusted we had to cut them open. There’s about 10 to 15 films that, if it hadn’t been for Éléphant, would have disappeared forever.

Marie-José: There's another aspect to our work. In France, film production starts at the beginning of the 20th century. When you have that many films to restore, you tend to only restore what you call “the masterpieces.” But who decides what a masterpiece is? It’s interesting to consider how these 1,000 feature films related to the trends, fashion, as well as Quebec’s political and religious history at the time…. In Quebec, a film can come out the same time a pope dies and, whoops — there it goes into oblivion.

When restoring 1,000 films, how do you prioritize what gets restored first?

Marie-José: First, we have to find all the elements, the distributors. With some films, we have to find the copyright holders. Sometimes none of the rights holders are still alive. Obviously, we make an effort to find the films made by female and diverse filmmakers, but many of these Quebec films are quite recent!

Claude: There’s an unwritten rule in the restoration world that you only restore films that are 20 years and older. Some big distributors are sitting on about 100 films we're trying desperately to get, but they're hard-headed. 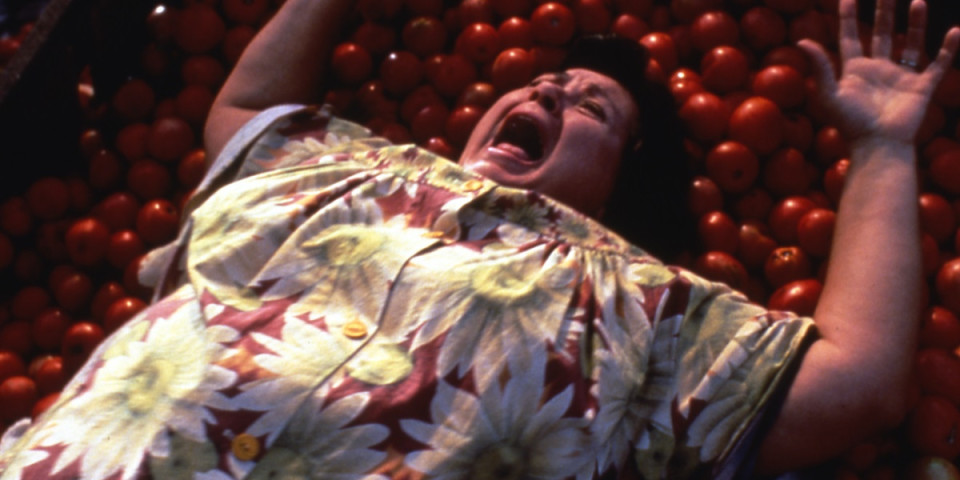 Who are some of your favourite Quebec filmmakers?

Marie-José: Obviously, there are the filmmakers who are well-known — Michel Brault, Denys Arcand — but people like Jean-Claude Lauzon are very important.

Claude: Last month in Quebec City, we screened a film by a woman who has made only two films. Nobody knows Denyse Benoit, but her film Le dernier Havre is of the quality of a Bergman film. The audience couldn't believe they’d never heard of her.

Marie-José: People were in tears at the end of the screening. These are the pearls nobody knows about. It’s so important for people to be able to see these films to understand our society in Quebec.

Claude: I must say, after spending 10 years restoring Quebec films, I've become much more impressed by the quality of Quebec cinema. It's quite an incredible cinema, which we are very proud of.

Why is your restoration project called Éléphant?

Claude: Right from the beginning, we wanted a name that would be a bit playful. My first recollection from when I started watching movies at six years old is of the MGM lion. I thought of an elephant because the animal in principle has a huge memory. It’s also a social animal and we wanted Éléphant to be a social thing, something that would connect all the cinephiles.

Marie-José: When we started, some very specialized intellectual critics said, "I'll tell what films you should put on Éléphant." I said, "Thank you but we're doing them all, so we don't need you." (Laughter) There's a broad scope to what an elephant envisions in life.

The Most Expensive Psychoanalysis You Could Get