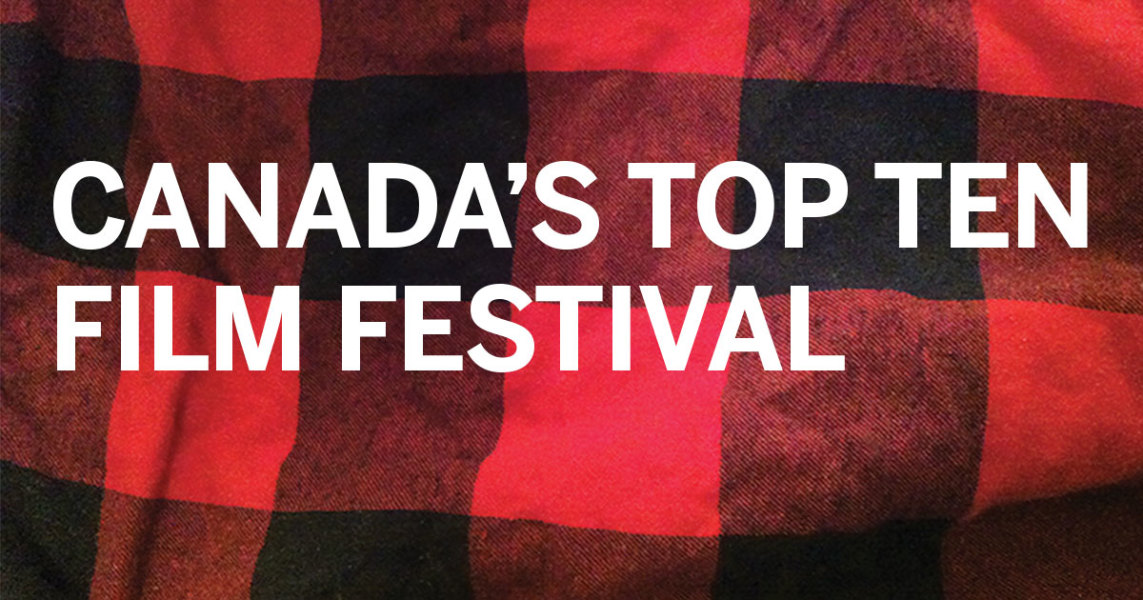 It’s about to be red, white, and plaid all over.

The leading filmmakers for TIFF’s 16th annual Canada’s Top Ten Film Festival have been announced. This January 13 through 26 at TIFF Bell Lightbox, TIFF will open its doors for 14 days of public screenings of the top 10 Canadian features, shorts, and student shorts of 2016, as chosen by a national panel of filmmakers and industry professionals. These films will be accompanied by introductions and Q&As with the film’s directors. All filmgoers will have the chance to vote for the Canada’s Top Ten Film Festival’s People's Choice Award winner.

And, to mark Canada’s Sesquicentennial, the festival will also offer free public screenings and events tied to TIFF’s Canada on Screen series.

Industry programming at Canada’s Top Ten will include a panel on feature films and short films, two “In Conversation With” events, a session created by TIFF Higher Learning, and an all-day Industry Forum highlighting directors to watch, as well as cinematographers and production designers.

“Canada continues to deliver superb film talent to the word,” said Cameron Bailey, TIFF’s Artistic Director. “This year's Canada's Top Ten lineup ranges from British Columbia to Nunavut to Nova Scotia, telling stories that show Canadians who we are. Smart, emotional and provocative, these films showcase both world-renowned names such as Xavier Dolan and impressive newcomers like Ashley McKenzie and Johnny Ma. To open this year's Canada's Top Ten, we are honoured to present a remarkable new film by one of our most important and most influential directors working today, Zacharias Kunuk's Maliglutit (Searchers).”

“This year’s lineup boasts a daring selection of edgy independent works from an exceptional group of directors taking serious and significant risks in their approach to filmmaking,” said Steve Gravestock, Senior Programmer, TIFF. “We are truly proud to celebrate our industry’s achievements with a coast-to-coast showcase of these films, bringing them to savvy audiences in 10 cities across the country.” 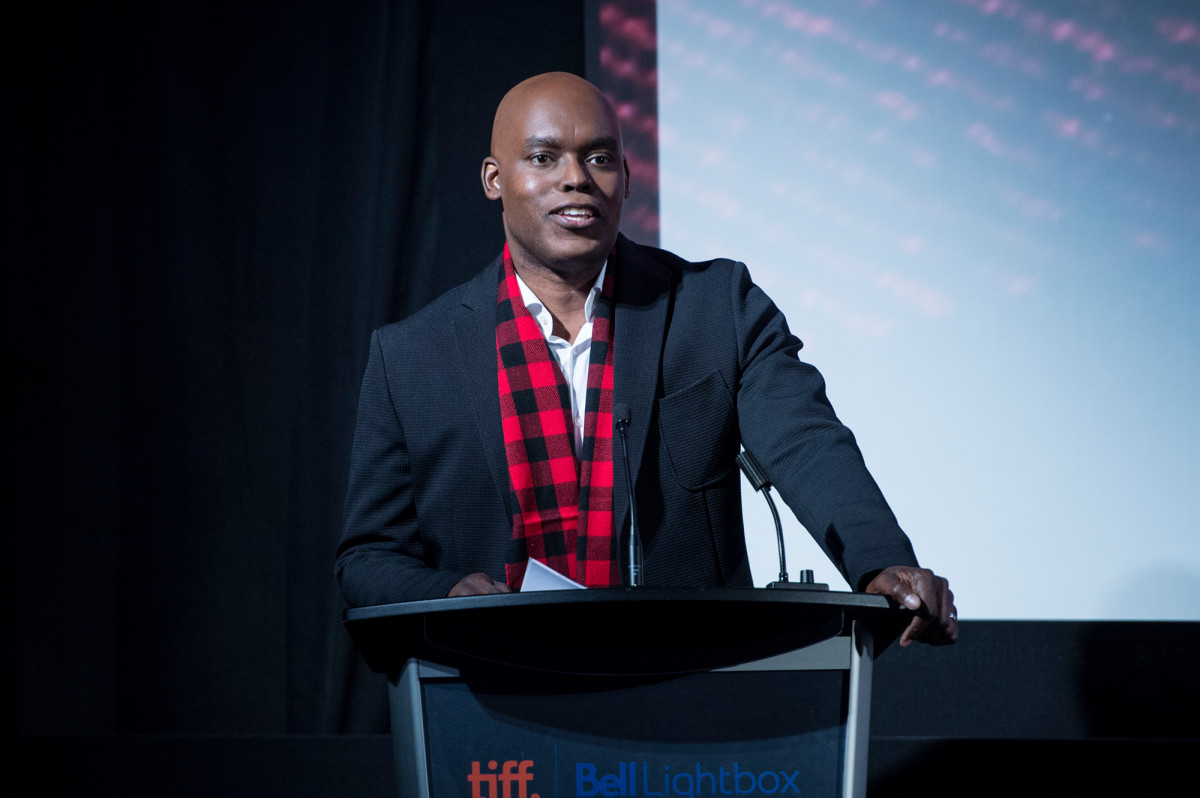 A national panel of seven filmmakers and industry professionals selected the best in Canadian features:

A national panel of five filmmakers and industry professionals selected the best in Canadian shorts:

The Top Ten shorts panel will select the student shorts winners for Best Film (Live Action) and Best Film (Animation). The filmmakers will be awarded with prize packages following the screening in January, courtesy of William F. White International Inc., Technicolor, and the Directors Guild of Canada.

Zacharias Kunuk and Jesse Wente in a Live Commentary on John Ford's The Searchers — Sunday, January 15 at 6:30pm

The award-winning filmmaker sits down with Jesse Wente, TIFF’s Director of Film Programmes, for a lively onstage discussion during a screening of John Ford's The Searchers — the film that inspired Kunuk’s Maliglutit (Searchers).

In Conversation With... Director X — Thursday, January 19 at 6 pm

The mastermind behind hit music videos like Drake's Hotline Bling and Rihanna's Work joins Cameron Bailey on stage for a career-spanning look at his work and an in-depth discussion on his creative process.

New this year, TIFF introduces Industry Forum, a full-day of programming tailored exclusively for film professionals. The day kicks off with a special edition of Breakfast at TIFF, anchored by a keynote address from Artistic Director Cameron Bailey that will examine the state of diversity in the Canadian screen industry. The Forum also features five sessions celebrating the standout Canadian creators, craftspeople and performers working in film and television, covering a range of topics that will include the new generation of television comedy, an exploration of activist filmmaking, a conversation with documentary visionaries, and a spotlight on cinematographers and production designers. Guest highlights include director Alethea Arnaquq-Baril (Angry Inuk), director Matt Johnson(Operation Avalanche; creator, nirvanna the band the show), director Jennifer Baichwal(Watermark), director Nick de Pencier (Black Code), director Hugh Gibson (The Stairs), and production designer Zosia Mackenzie (Mean Dreams). Ticket packages include Breakfast at TIFF, five industry sessions and access to the festival’s Opening Night Party. For more information, visit tiff.net/industry.

Tickets and ticket packages for Canada’s Top Ten Film Festival events at TIFF Bell Lightbox go on sale today for TIFF Members and December 14 for the public. Purchase tickets online at tiff.net, by phone from 10am–7pm ET at 416.599.TIFF and 1.888.599.8433, or in person at the TIFF Bell Lightbox box office from 10am–10pm ET. Pricing as follows: regular screening ticket is $14 (feature film or shorts programmes); purchase the 6ix Pack for $70 and get six tickets for the price of five; ticket to the Opening Night party and film is $50; tickets for In Conversation With... events are $23.75 each; Industry Forum full-day package is $60, individual panel ticket is $12, and Breakfast at TIFF is $18. All Canada on Screen and Higher Learning events are free. For more information, visit tiff.net/seethenorth. TIFF prefers Visa.

In order to be eligible for the Canada’s Top Ten Film Festival, the film (short or feature) must be directed by a Canadian citizen or resident, Canada must be an official country of production on the film, and the film must have been released commercially or played a major film festival in Canada in 2016.

The Werewolves and The Destroyers

*Maliglutit* Remakes the Western in its Own Image