By the Time We Get to *Woodshock*: A Brief, Selective History of Psychedelic Cinema

By the Time We Get to Woodshock: A Brief, Selective History of Psychedelic Cinema

One need only look at the gorgeously lysergic stills from Woodshock, the first feature from fashion designers-turned-filmmakers Kate and Laura Mulleavy, to recognize that this film is some kind of trippy (maaan). Known best for their Rodarte label, the Mulleavys turn their collective creative vision to the screen for what has been alternately described as an art project, a waking dream, and a psychological thriller. Other apt descriptors include sensory, hypnotic, and psychedelic — though the trips taken here are not of the LSD variety, but ganja-based. Kirsten Dunst plays Theresa, an emotionally shattered pot-dispensary clerk who — after pilfering a verboten cannabinoid/opiate hybrid to put a merciful end to her mother’s suffering from cancer — decides to ease her own pain by getting high on her own supply (which, as you may remember from the hippie days or from Biggie Smalls’ “Ten Crack Commandments,” is never a good idea).

The Mulleavys, whose previous film work includes their stunning costume design for Darren Aronofksy’s Black Swan, aim to elevate the visualization of first-person, internal drug experience to high art. Their depiction of Theresa’s odyssey harnesses a psilocybin world — all mossy, blue-green and, as the title suggests, sylvan. Both its style and immersive narrative make Woodshock a startlingly unique d̶o̶p̶e̶ film experience. Its vibratory, ambient original score and exquisite (if well-worn, at this point) choices of art-rock tracks by Suicide, Television, Wire, Gary Numan, and Galaxie 500 set it apart from your average freak-out movie, too.

Of course, cinema has been laying heavy psych on us as far back as The Cabinet of Dr. Caligari and Häxan (which actually predate the literal concept of psychedelia by at least three decades), right through Luis Buñuel, Maya Deren, Alejandro Jodorowsky, David Lynch, David Cronenberg, Terry Gilliam, etc. etc. Horror and suspense cinema were pushing hallucinatory imagery from the get-go, too. What’s different about Woodshock and some of its forebears — whether arty or goofy or both — is that the film’s story world itself isn’t a portal to altered consciousness. Rather, characters’ ingestion of narcotics or psychedelics trigger the film’s — and the viewer’s — journey to the centre of the mind.

In honour of Woodshock’s TIFF Bell Lightbox run, which just kicked in this weekend, we’ve compiled a dime-bag’s worth of our most cherished onscreen trips. House rules: scenes must contain cause and effect, with characters seen to smoke/drop/shoot/eat/imbibe their way to altered states (or to acting ridiculous, playing piano super-fast, etc.), and said states visualized onscreen.

For the sake of brevity, all Cheech & Chong titles have been expunged from this list.

And please, no woodshocking at home — at least not without a friend present. (We aren’t kidding about that. No pills, powders, needles, or street drugs either. Stay safe out there, kids.) 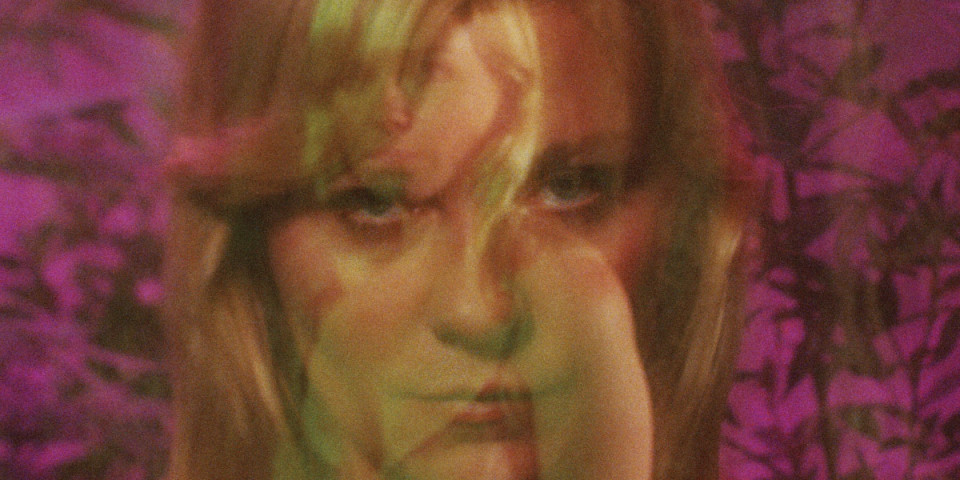 Confessions of an Opium Eater (1962) Vincent Price gets heady in Albert Zugsmith’s low-budget, politically problematic, but presciently trippy adaptation of Thomas De Quincey’s 1821 novel. Now out of circulation, the film at least had a significant impact on a young Joe Dante, who called it “one of the strangest movies ever made in Hollywood … an unintentional masterpiece, so artless as to become its own definition of art.”

The Trip (1967) The counterculture spills into Laurel Canyon as nascent New Hollywood turns its lofty gaze on this whole LSD thing — or, as star Peter Fonda calls it, “the most talked-about subject of the day.” Written by co-star Dennis Hopper and produced by Roger Corman, this goofy ride — 99% of it first-hand acid trip — is pop art by way of exploitation flick (or vice versa). Let it not be said that there isn’t a moral to this story, however, and that moral is: don’t buy acid from Bruce Dern.

Easy Rider (1969) Peter Fonda sure had his share of bad trips. (But then, this was the same guy who inspired John Lennon to write “She Said She Said” by giving him the fear in 1965, so maybe he just dug laying a “bummer” on the other “heads.”) Fonda and Hopper’s Easy Rider is a downer; even its LSD set piece looks like a drag, which is probably why it feels honest. Cautionary takeaway: don’t drop acid with Karen Black and renowned choreographer/’80s hitmaker Toni Basil.

The Big Cube (1969) Acid paranoia was pervasive enough by the end of the ’60s that even stars of Hollywood’s Golden Age were getting in on the action. This campy classic sees a retired stage actress (Lana Turner) dosed by her jealous stepdaughter and nefarious son-in-law (West Side Story’s George Chakiris). It has nothing to do with being groovy: the kids just want to drive her insane and secure her late husband’s fortune. As with the youth-oriented yet even more star-studded Wild in the Streets (1968), the internal drug experience here is conveyed mainly with coloured lights and multi-tracked voiceovers. Surgeon General’s warning (for both films): don’t uptight your kids or they’ll slip you LSD and have you taken away.

Altered States (1980) What’s freakier than the mescaline-in-a-sensory-deprivation-tank bit from Ken Russell’s metaphysical sci-fi horror head trip? The fact that it was based on neuroscientist John C. Lilly’s real-life experiments and research. The Biblical imagery, less so.

Drugstore Cowboy (1989) Don’t be taken in by Matt Dillon’s ode to intravenous drug use in this scene from Drugstore Cowboy. One of Gus Van Sant’s best, the film is a frank but dreamy period piece about a surprisingly organized crew of bottom-feeding dope fiends in early-1970s Portland, and very much a cautionary tale. It also boasts deft deployment of contemporaneous music (Desmond Dekker’s “The Israelites,” Jackie DeShannon’s “Put a Little Love in Your Heart,” Count Five’s “Psychotic Reaction,” and especially Abbey Lincoln singing “For All We Know”), a memorable bit part for William S. Burroughs, and Dillon at his swaggering, earthy-leading-man best.

Trainspotting (1996) If there is any druggy glamour still lingering around the corners of Drugstore Cowboy (Van Sant can’t help it), 90 minutes with Trainspotting will kill such "elegantly-wasted" vibes dead. Danny Boyle set down his junkies amid such filth and gloom that even the characters’ quirky chatter can’t beguile for long. But then, look how fast Ewan McGregor goes from euphoria to near-dead-in-a grimy-stairwell. This is not a pro-heroin movie.

The Trial of Billy Jack (1974) A champion of civil rights and the Native American Movement of the time, non-Indigenous actor-writer-director Tom Laughlin was coming from an honest place personifying the part-Indigenous hero of his Billy Jack films. Setting aside the noble intentions and right-on message, this prolonged dramatization of a sacred, peyote-induced spiritual journey — from Laughlin's critically derided second BJ outing The Trial of Billy Jack — today smacks of cringe-worthy cultural appropriation. That said, the stalwart Laughlin plays his phantasmagorical trip down the middle: no strobes, palinopsia, or diaphanous swirls — just a young wise woman holding a rabbit, some plain-as-day hallucinations, and an earnest Billy Jack seeking the truth of “the Three Levels.”

Young Guns (1988) Does anyone under 40 remember Young Guns? Here’s a far wackier take on the vision-quest trope (see also: The Doors, Wayne’s World 2) from an otherwise most un-wacky Brat Pack gunslinger flick. Recommended if you like your trippy scenes by way of the 19th-century Wild West, by way of a 1980s shopping mall (“we’re in the spirit world, asshole”). Note the irony: the only Regulator who doesn’t take the peyote? Charlie Sheen.

A Field in England (2013) You don’t always have to understand precisely what is going on in Ben Wheatley’s ominous English Civil War/occult horror movie to enjoy it. Mushrooms, mandrake root, mesmerism, mmmdemonic possesion… whatever is at work here, it’s a freak-out masterstroke.

Smiley Face (2007) Gregg Araki’s surprisingly (and deceptively) light stoner comedy employs seamless first-person P.O.V. to paint a realistic picture of the baked experience. For her part, Anna Faris does for pot what Richard E. Grant did for booze in Withnail and I — that is, she does a naturally convicing job of embodying a person completely out of her gourd.

The Good Dinosaur (2015) Hey, remember that kids’ movie from a couple of years ago where a toddler and his dinosaur friend eat an entire hill of mushrooms and then trip balls? Yeah, that happened. (BTW: including this clip means we don’t have to include Fritz the Cat. Or Heavy Traffic. Or Heavy Metal.)

Crank (2006) Cockney hitman Jason Statham is not here to party. But that doesn’t mean you can't enjoy a jacked-up, geezer’s-eye view of his experience popping speed so he can stay alive long enough to find the bad guys who poisoned him. Crank is the kind of comedy that would’ve been a drama 50 years ago.

Reefer Madness (1936) Some of us find pot kind of overrated. We can do without the dull mood, the paranoia, the pasties. What pot doesn’t do, ever? Make you act like the characters in America’s favourite propaganda put-on about “reefer addicts.” (Though, considering what we know about certain cola drinks in the early 1900s, who knows what people put in their weed in 1936.)

Narcotics: Pit of Despair (1967) This 16mm educational reel, the kind they showed in your parents’ health class, features a young Kevin Tighe (a terrific character actor who led the 1970s paramedic series Emergency! and later played Jason Segel’s dad on Freaks and Geeks) as John, a clean-cut athlete who enters a deadly gateway that leads him, within a single high-school semester, “from alcohol to goofballs to marijuana" to a life as “a hopeless junkie.” This one has a low dose of point-of-view visuals, but what woozy effects we do see are most unpleasant. Message received!

The Distant Drummer (1970) You know who got busted for pot way back in 1948? Robert Mitchum. You know who narrated this cautionary 1970 National Institute of Health doc on the counterculture? Robert Mitchum. Maybe it was part of a leftover community service sentence. Or maybe Mitchum, ever the early adopter, just thought the hippies were a bunch of squares. No stylized internal experiences here, but the fact that the footage and subjects are real makes the well-made and surprisingly sensitive The Distant Drummer its own kind of trip, whether you’re a pillar of “straight society” or a total dropout.

Knocked Up (2007) It’s telling that this comedy about an unexpected pregnancy — and an implausible long-term coupling — is most memorable for the part where two dudes take ’shrooms and go to Cirque du Soleil. What’s most clever about Judd Apatow’s treatment of this druggy bro-down isn’t just the surrealistic realism — realistic surrealism? — of the Cirque scene (yeah, he’s really done his research), but how he later places the viewer outside the hallucinogenic experience. Watching Paul Rudd and Seth Rogen freak out over chairs in their hotel room is like being the only sober friend at the end of a long night.

Browse more of The Review
Share on Twitter Share on Facebook
Help us make access barrier-free for youth.
By making a gift of $8 or more, you can help provide opportunities for young people to participate in transformational film experiences.
Donate Now
close