“The greatest actor-director in the history of the movies.” —Roger Ebert 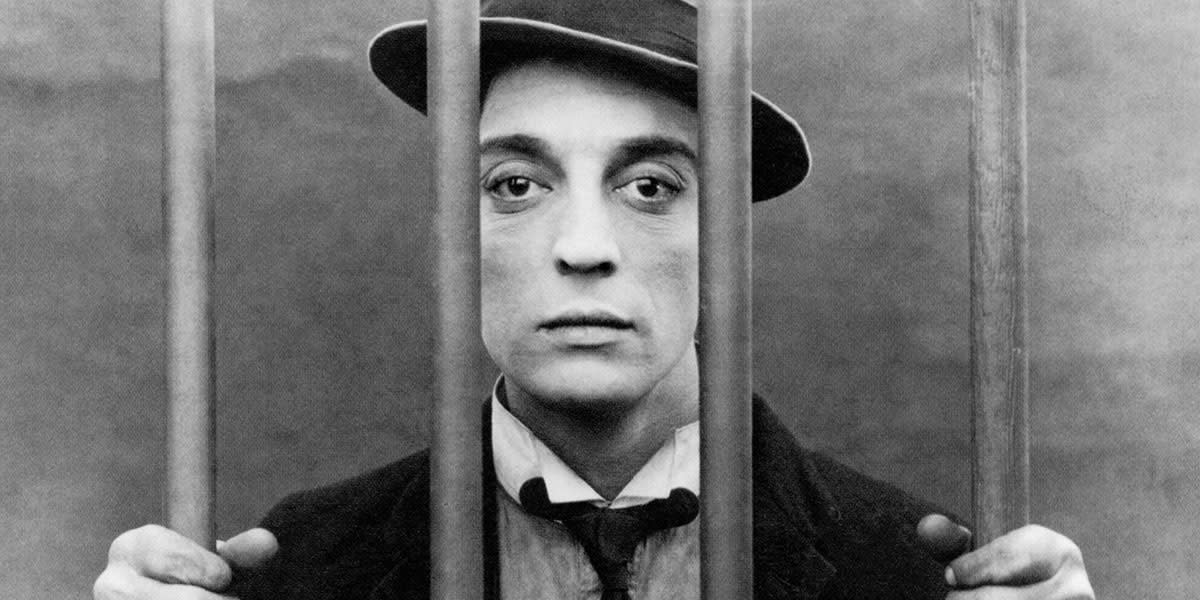 “The evocative power of Keaton’s cinema stems in large measure from the way he combines — in a surreal blend of his own that won him the admiration of the Surrealists — the actual and the apparitional, lifelikeness and a dreamlike strangeness, the dream made all the more haunting for being so convincingly materialized.” —Gilberto Perez

As Gilberto Perez eloquently argues of Buster Keaton in his book The Material Ghost, there is something about this greatest of silent clowns that connects directly to the heart of the film medium itself. The grace with which “the Great Stone Face” pulls off his legendary stunts brings an aspect of the uncanny to physical reality, and that sensation is only heightened by his groundbreaking experiments with trick photography (most famously in Sherlock Jr.) and casual surrealism (a favourite example, precisely because it’s a throwaway moment: Buster painting a hook to hang his hat on in The High Sign).

Given this delicate dance between the concrete and the ethereal, it’s perhaps only fitting that this most physical of comedians should now have some of his greatest films preserved in the bodiless medium of digital cinema. Part of a multi-year project launched by the Cohen Media Group and Cineteca di Bologna in 2015, these pristine restorations sustain the magic of Keaton’s cinema even as the medium of cinema itself moves ever further away from the material.