Black Radicality Needs to be On-Screen

Muhammad Ali was made for cinema

#1 Cinema has loved boxing since the early days. Probably because it is a sport that satisfies our pure desire for attraction and spectacle, the way action films and physical comedy do. For more than a hour, framed by the four sides of the ring, we are asked to watch two bodies moving and confronting each other. If we can bet on a winner, we can’t anticipate the gestures that are going to be made during a match. Boxing is a surprising sport. The ingenuity of Muhammad Ali, who died earlier this month on June 3rd, pushed it even further.

As an athlete, Ali was not just there to fight — but also to entertain, to give and receive pleasure. So he shouted, started dialogues with the other fighter, floated like a butterfly, stung like a bee. Clown, gracious dancer, centurion; Ali’s ring was a dance floor, an arena, a circus and a cinema frame. It is thus not surprising that Ali had inspired many documentaries and films. On and off the ring, he was a poet and a stand-up comedian, who was always serving entertainment. Muhammad Ali was made for cinema.

#2 I read somewhere that the object of cinema was precisely to film ways of being in the world. Somewhere else I read that in this world, blackness was characterized by an incapacity of being. If I understand this clearly, whenever a Black person appears onscreen what is being filmed is an absence. I keep thinking about these two things since Muhammad Ali’s death, a man who fought constantly against a negation of being, both in and out of the ring. Ali’s entire existence refuted the argument that Black people are not or couldn’t be. Ali was big time. Aggressively so. A surplus of presence.

It was as if he had to compensate for all of us stuck in that zone “of non-being.” He mobilized his entire body, his voice and his talent, not only for boxing but for poetry. He turned himself into a character, and became a real-life superhero whose strength seemed to grow as soon as he was confronted with the realities of his people. 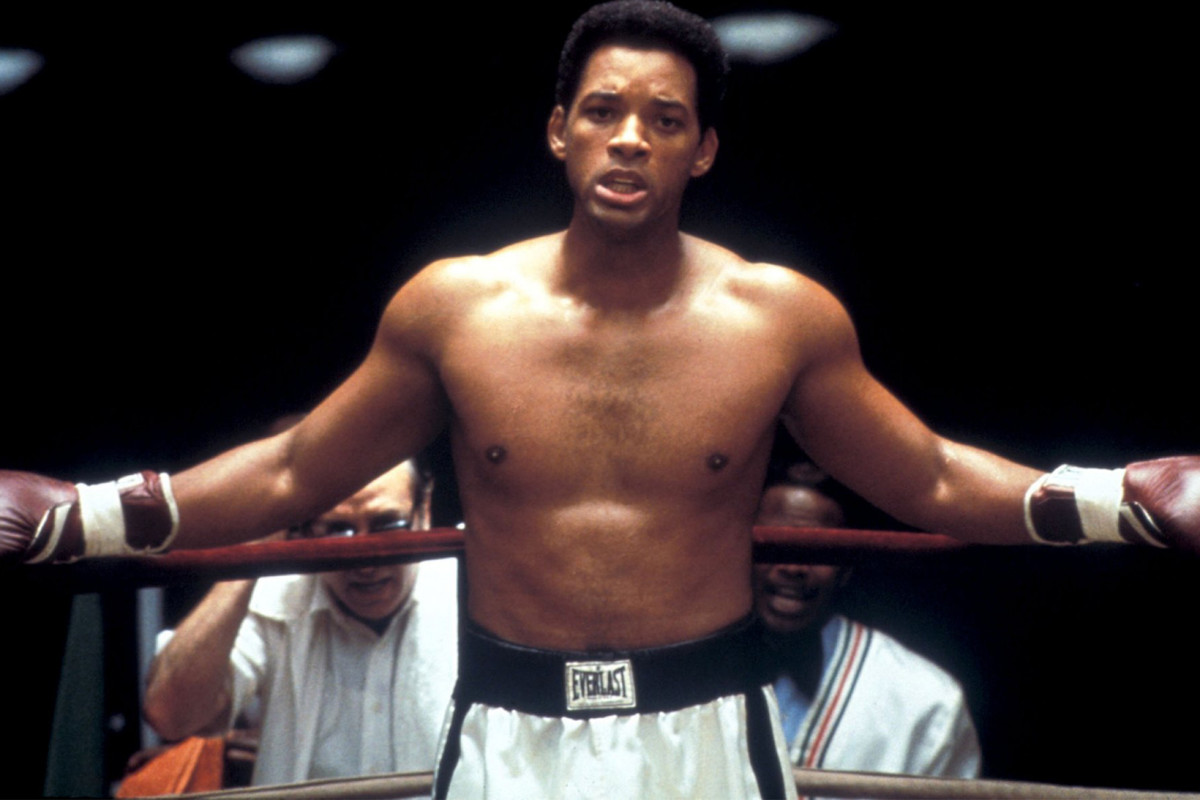 #3 Fiction films have seized the Romanesque potential of Black radical figures for a long time now. Malcolm X, Patrice Lumumba, Nelson Mandela and more recently, Nat Turner and Nina Simone’s lives have been the material for biopics. Except for Spike Lee's furious 1992 joint, almost always the figure is sanitized by focusing on the depoliticized periods of their lives, or by the conventional mise-en-scene and filmmaking choices. 2016's Nina is a good example of how mainstream fiction shys away from exploring Black radicality, preferring a focus on personal trivia instead.

They fail even more often to tackle the relationship between the radical figure and the community he or she attempts to represent. To film someone like Muhammad Ali wouldn’t just be filming one way of being in the world, but also one way of relating to others. By now we know that Muhammad Ali converted to Islam at the age of 22 and that he fought for Black liberation in the internationalist vein of Malcolm X. In the beginning of Michael Mann’s 2001 biopic Ali, we see Will Smith-as-Muhammad Ali listening to Malcolm X with his back against a wall, as if he doesn't want to be seen. Shortly after, he declares himself as a member of the Nation of Islam and changes his name from Cassius Clay to Muhammad Ali. Michael Mann never tries to capture this shift of consciousness. Many documentaries have approached Ali as the athletic body that he was, but not many have tried to make sense of his spiritual journey. 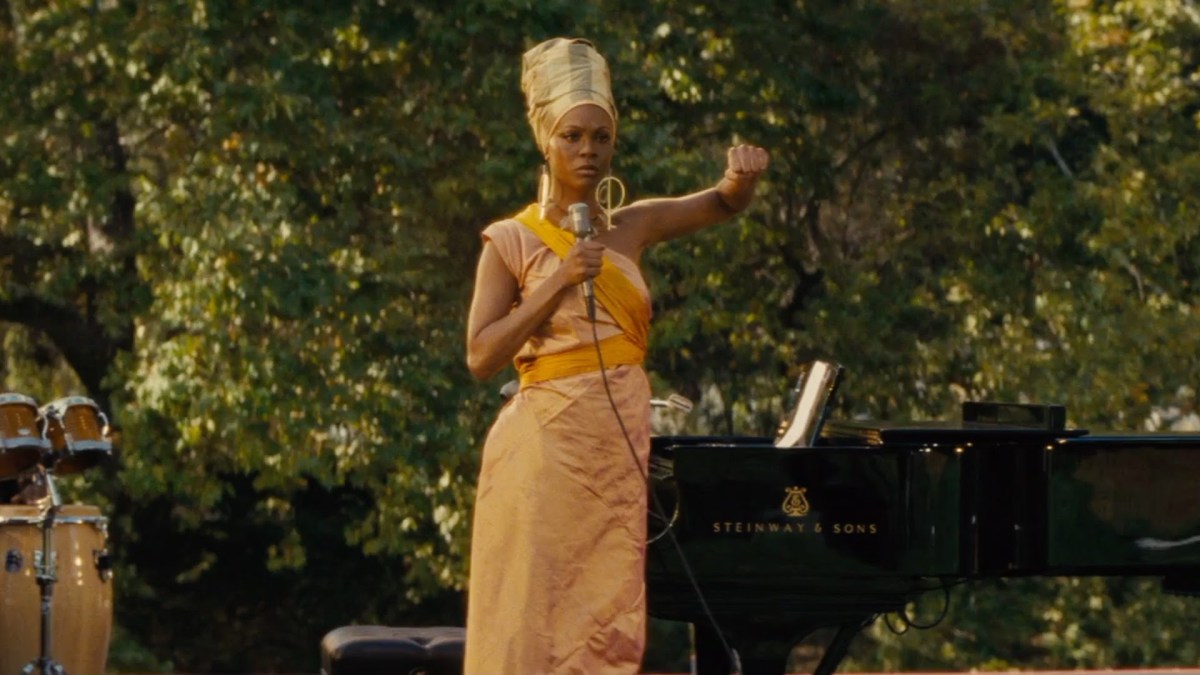 #4 Michael Mann’s biopic suffers from a certain academic lens. It could be helped by more experimentation with his subject. However, there is one scene in the film worth considerate attention.

Having arrived in Zaïre for his cult match against George Foreman better known as "The Rumble in the Jungle," Ali is seen running. Children follow behind him, chanting “Ali Bomaye, Ali Bomaye!”, meaning “Ali, kill him! Ali, kill him!” in lingala, a Congolese language. We have seen this image before: African children chanting and running towards the camera. Except this time, they are not decorative extras. They create a path, directing Ali towards drawings on the wall that represent our hero, not killing George Foreman but eradicating the war, poverty and maledictions that seem to have stricken Congo since its colonization. This is how a movement in consciousness toward love occurs: by the juxtapositions, repetition and accumulation of specific images, sounds and words coming from the outside world and penetrating the mind.

The metamorphosis that might have occurred within Ali is not something that conventional cinema can represent. A shift in consciousness is something unstable and doesn’t follow any linearity. It’s not easy to conceive and might call for more experimental ways of filming and looking. It is where we can give the man a spiritual depth that has been neglected onscreen.

#5 Radicalization is a loaded word. In France, films on the subject abound. Muhammad Ali, he who was both Black and Muslim, represents a counter-narrative to the one we see on-screen and in the media. Films are interested in radicalization when it precipitates terrorism, blood, death and evil. When it comes to Black radicals in fiction (recent example: the 2014 film Dear White People), writers and filmmakers are often tempted by the caricature.

As if being radical was essentially performative, that it wasn’t something that could be embodied, but a “phase.” But what would the kind of radicalization that leads to love, self-love and community awareness look like? Today, as we still mourn Muhammad Ali’s death, would be a good time to think about it.