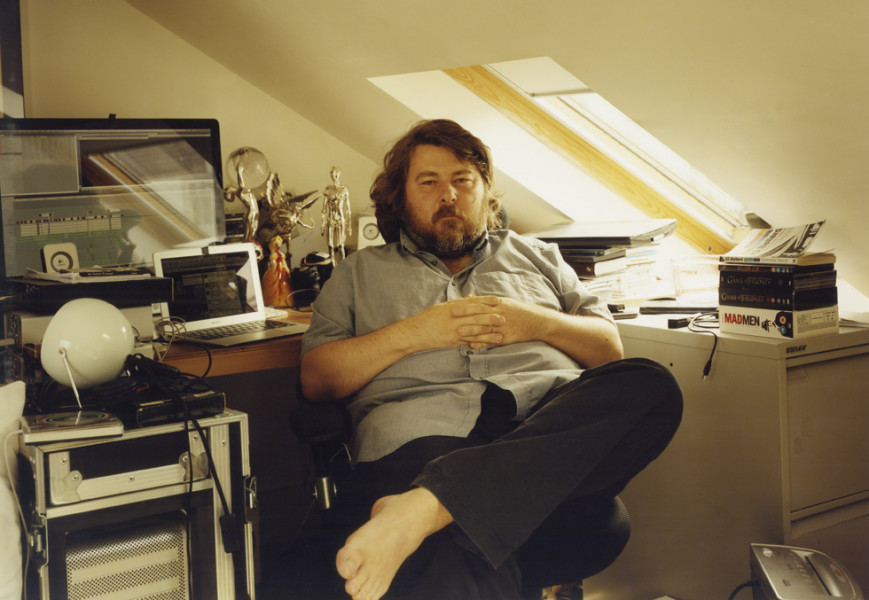 An excerpt from Adam Nayman’s Confusion and Carnage: The Films of Ben Wheatley

After seeing Ben Wheatley's Kill List at TIFF in 2011, I felt as if the movie walked outside the theatre with me; I couldn't shake it. Five years later, I'm about to release the first-ever book-length study on Wheatley's cinema, entitled Confusion and Carnage: The Films of Ben Wheatley, published by The Critical Press. The excerpt below is taken from the book's introduction, in which I try to make the case for writing an auteurist appraisal about a director whose films have thus far fostered more division than consensus. It's telling that since Kill List premiered in Midnight Madness, Wheatley has showed at TIFF in programmes ranging from Vanguard (Sightseers) to Wavelengths (A Field in England) to Platform (High-Rise). (His latest film, Free Fire, premiered at TIFF 16 back under the Midnight Madness banner so perhaps he’s gone full circle.) It’s a prolific and erratic arc that indicates just how difficult it is to categorize his compelling, complex filmography. TIFF's Midnight Madness programmer Colin Geddes has been one of Wheatley's major champions, and I thank him for helping to organize our Toronto book launch tonight at the Royal Cinema, with a double bill of Wheatley's films Down Terrace and Kill List and a live Skype interview with the filmmaker himself.

There has been exactly one rainbow to date in the films of Ben Wheatley. It appears twenty-six minutes into Kill List (2011) and is onscreen for less than ten seconds — just long enough to register in its beauty and its incongruity. Stretched languorously across the widescreen frame, the rainbow hovers over two hired killers as they exit their car en route to a fateful meeting with their employer, who has hired them to assassinate three strangers. It’s a contract to be paid in cash, sealed with blood and finally executed (in every sense of the word) in a field in England.

It seems appropriate to begin a book on Ben Wheatley by talking about a stray moment because these are the Essex-born director’s specialty. Like no British filmmaker since Nicolas Roeg — and no less impressively — Wheatley conjures up images whose brevity belies their staying power in the mind’s eye. The serene velocity of his style does not obscure the power of individual shots: the reason that the rainbow in Kill List lingers is because it disappears so quickly. It’s a blink-or-miss it proposition in a film that offers its share of sequences that all but dare us to turn away. Don’t look now — or else.

“Ben Wheatley’s films constitute a cinema of disorientation,” writes Adam Loewenstein in a perceptive essay in Critical Quarterly, kicking off a 2016 symposium that comprises the best academic writing on the director at this early date. It’s true that Wheatley seems most centered when he’s essaying disorientation, whether it’s the paralyzing paranoia of a gangster in Down Terrace (2009) that his buddies have invited him round to murder him (they have); or the nightmare vision experienced by the disturbed tourist in Sightseers (2012) who suspects that his mousy new girlfriend means to do him in (she will); or virtually any sequence in A Field in England (2014), a film whose title is not a metaphor and yet whose action grows increasingly unbound by time and space, moving towards a pure and obliterating quality of abstraction. And then there is High-Rise (2015), a film about a towering Brutalist building that imposes a kind of fugue state on its inhabitants, who duly reduce its architecture — and each other — to rubble. 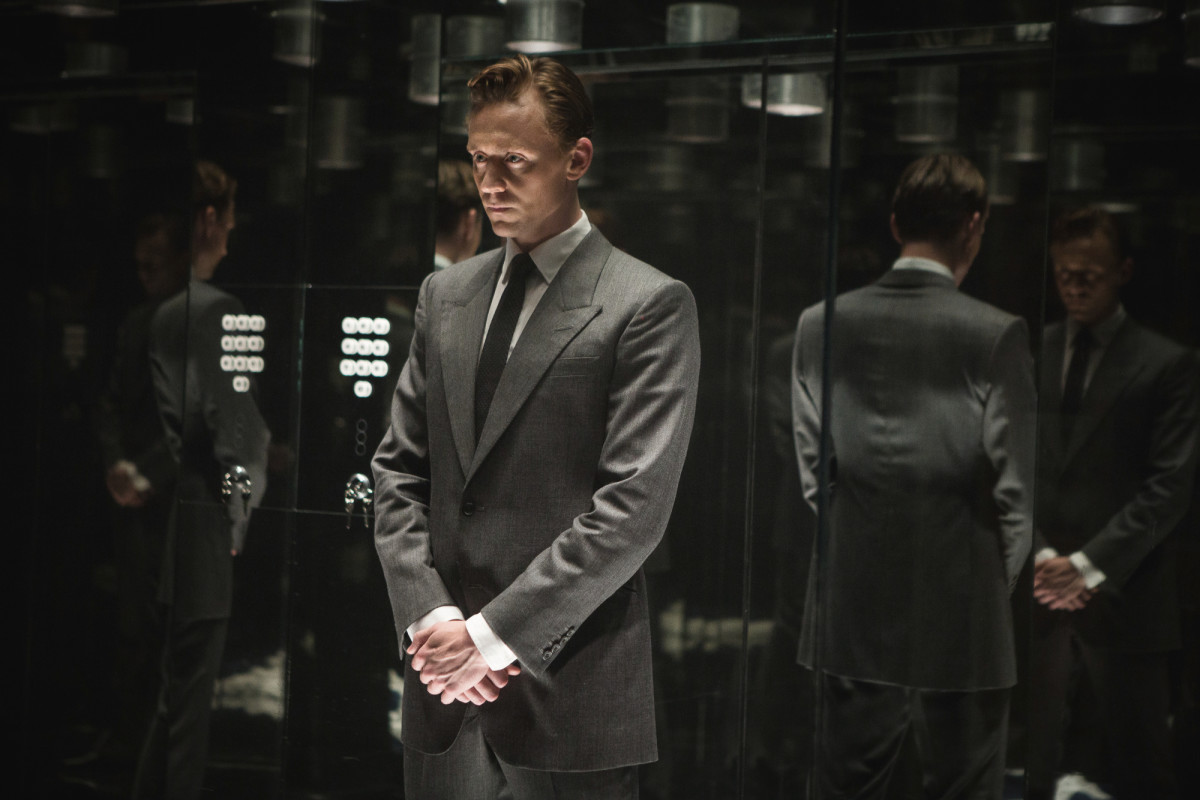 Building off of Loewenstein’s idea of Wheatley as a filmmaker who troubles onscreen space (and in doing so destabilizes narrative expectations), it seems that the central tension in his work is the mutual dislocation experienced by his characters and his audience as well as the director’s own meticulous and sometimes playful sense of control. Starting out as a director of television commercials and online viral videos, Wheatley exulted in the freedom of non-narrative mediums even while confined by tight budgets and timelines. While his feature films have been produced relatively cheaply and spontaneously, their finished forms give the impression of being highly strategized to the point that those fleeting moments become yoked to holistic interpretations. In a YouTube video entitled “‘Kill List’ Review and Explanation,” a bearded American horror-movie enthusiast named Dan Gillette attempts to connect the shot of the rainbow in Kill List to an unlikely external source. “Here’s a thing that I noticed that I didn’t see on any of the other blogs that I read,” he says. “There’s a shot of Jay and Gal getting out of the car, and in the background there’s a perfect rainbow. So is this a movie reference saying that you find the truth at the end of the rainbow, like in the Wizard of Oz, where Dorothy wakes up and it’s all a dream?”

Like the subjects of Rodney Ascher’s documentary Room 237 (2012), whose compulsion to account for certain unusual images and symbols in The Shining (1980) has turned them into versions of the hallucination-plagued Jack Torrance, fans of Kill List are responding to its Kubrickian mixture of mastery and mystery, of maddening ambiguities that seem folded into some larger design. They insist that any film so uniquely accomplished and effective and which works its audience over with the same blunt force as the claw hammer wielded in its most grotesquely memorable set-piece has to have some sort of unifying meaning, and with it, a claim on the sort of artistic validity infrequently pursued and even more rarely attained by the makers of cheapjack horror movies.

It is this book’s contention that Ben Wheatley’s films do reward these sorts of deeper readings beyond the often superficial reception of the director as either a post-Tarantino appropriator or a simply misanthropic genre specialist. To the latter charge, while it’s true that Wheatley’s films deal at times in a kind of hyperbolic nastiness, his interest in penetrating his characters’ inner lives differentiates his work from simple exploitation. Down Terrace, Kill List and Sightseers are all about people whose self-loathing has made them vulnerable and dangerous in equal measure. The director’s alertness to acting — letting the performers set the tone instead of imposing a visual or rhythmic program over top of their work — ensures that his protagonists always come through as idiosyncratic individuals rather than simple types. The slightly larger ensembles of A Field in England and High-Rise are equally vivid, even if these more structurally ambitious films leave slightly less room for improvisation (and as such lack their predecessors’ often gob-smacking sense of spontaneity).

The post-modernist label fits: Wheatley borrows ideas and images from a wide variety of sources, mostly cinematic, but also plucked from theatre, literature and visual art, and he works inside established and commercial sub-genres: the gangster film; the occult horror film; the thrill-killer comedy; the “trip-film”; and the dystopian cautionary fable. These forms are roomy and durable, and yet the director does not hide inside them. Instead, he tends to explode them from within, letting the shrapnel fly where it may. Every one of Wheatley’s films ends with things collapsed or in ruins, but unlike his fellow J.G. Ballard adaptor David Cronenberg — whose own, much longer trajectory from the grindhouse to the art-house gives us one plausible model for evaluating the younger director’s career going forward – he rarely adopts a clinical gaze. Cronenberg looks on dispassionately as men lose their minds. Wheatley’s cinema is wild-eyed as it surveys the wreckage: the “confusion and carnage” briefly alluded to in the dialogue of his debut feature, Down Terrace.