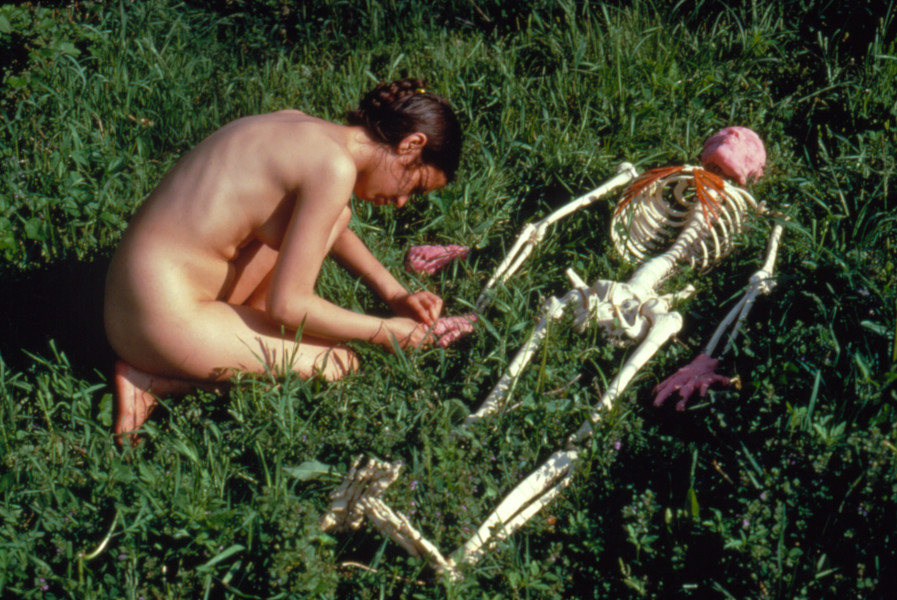 “Nothing ever surprises me when it comes to Ana, because she’s always surprising us,” says Raquel Cecilia Mendieta, niece of the late singular Cuban-American multimedia artist Ana Mendieta, with a calm, warm assuredness. As the film archivist for the artist’s estate, Raquel has come to know the extraordinary life, legacy and work of her aunt well enough to know exactly when to abandon expectation.

Raquel has come to Toronto from Los Angeles to oversee the inclusion of her aunt’s moving image work at TIFF 16. The exhibition Siluetas at Toronto’s CONTACT Gallery (ongoing until October 29), in connection with TIFF’s Wavelengths programming, consists of six short films and two photographic series all adjacent to a larger collection of the artist’s work by the same name. Two additional shorts, Silueta Sangrienta and Anima, Silueta de Cohetes (Firework Piece), screened at TIFF 16 as part of Wavelengths 1 “The Fire Within” shorts programme.

In accounting for Mendieta’s many surprises, Raquel recounts how just the night before, her phone spontaneously began to play a song beloved by both her late aunt and her mother aloud in the packed, silent theatre before the Wavelengths screening. A near-impossible happening as her phone was set to silent mode, Raquel conveys, were it not for the good will of her aunt from somewhere unknown. It’s a lovely anecdote, the sentimentality of which looms heavy, just the way it does in Mendieta’s art. 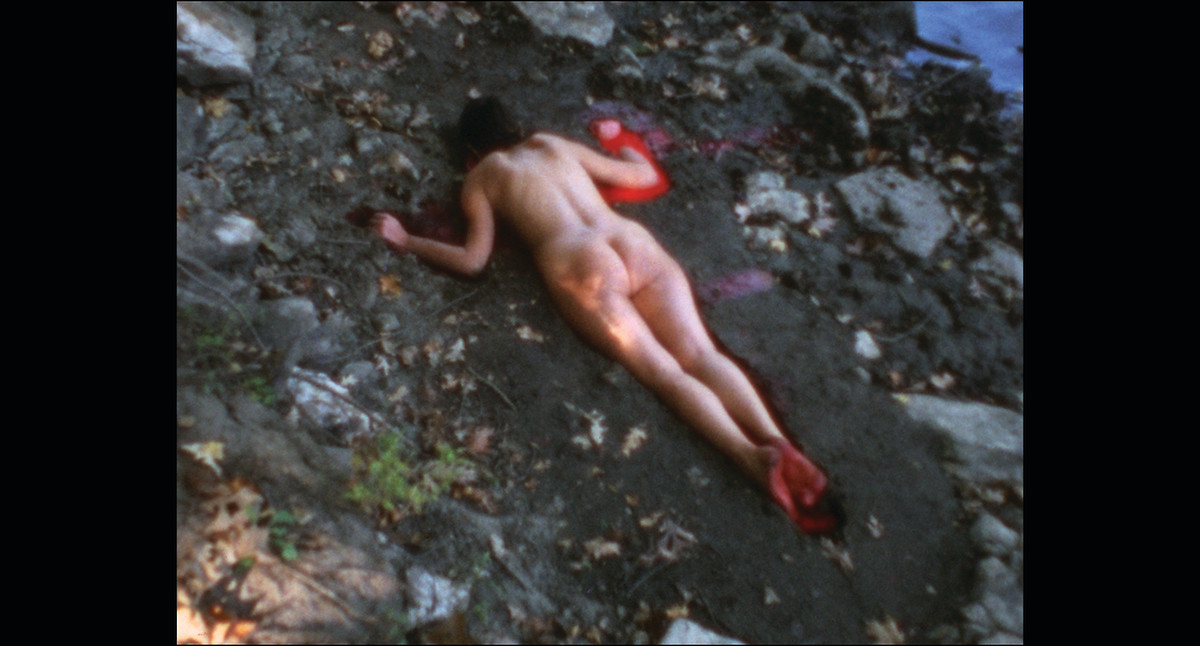 Known initially as a sculptor, painter, performance artist and photographer, Ana Mendieta’s multi-disciplinary works are potent, primal investigations of power, violence and displacement. It’s this primordial, terrestrial quality that resonates so widely with audiences across continents and eras. Her untimely death in 1985, at a time when recognition of her talent was peaking, has informed much of the discussion surrounding her work. The unearthing and wider exhibition of the artist’s rousing moving image work has reinvigorated public interest in her oeuvre, swiftly enveloping the reductive narrative to reframe her immense, evocative talent. Onscreen, Ana Mendieta is present and at work.

Raquel has played a heavy role in the restoration of the artist’s full collection of films and videos. A comprehensive survey of the artist’s work initiated in 1999 by curator Olga Viso, in preparation for a major multimedia exhibition to open at the Whitney Museum in 2004, was the catalyst for a reconsideration of the artist as a true multidisciplinary talent. Together with New York’s Galerie Lelong, which has represented the Estate of Ana Mendieta Collection since 1991, Raquel’s work has been indispensable in solidifying the artist’s contemporary legacy.

The Silueta series is Ana Mendieta’s most cohesive set of “earth-body works” which saw the artist create site-specific, nature-based works in a hybrid of performance and sculpture. In it, Mendieta documents herself creating natural material-based forms and impressions in the earth in the likeness of the female body, and implicating her own naked body in the landscape. These haunting, elemental meditations show the artist in pregnant dialogue with the earth where flames, cracked mud, and pluming smoke become characters in their own right. Notions of death and rebirth come alive with nature and the body functioning as conduits. Mendieta’s work is widely hailed as a foundational contribution to the feminist, land and conceptual art movements, among others.

As a creative who was hesitant to label her own practice, Mendieta’s decision to document her work on film was curious. “At that time, people who were using film were doing more performance art, so it made sense in the beginning when she was doing [what she called] ‘actions,’” Raquel explains. “She didn’t consider herself a performance artist, she didn’t consider herself a photographer, a filmmaker. She was just like, ‘I’m an artist. If anything, I’m a sculptor.’”

Video works from similarly multidisciplinary artists like Joan Jonas, John Sturgeon and Vito Acconci present the most perceptible parallels to Mendieta. As video began to emerge as an artistic medium in the 1960s, the work of nascent video art practitioners like Nam June Paik and Dara Birnbaum presented commentary on the growing, contorting role of technology and mass media in society. Mendieta’s moving image work notably stood apart, presenting something closer to a sacred, dialectical body poetry onscreen.

The artist’s use of real-time and directional movement within the frame enlivened the ideas she set out to engage, boldly inviting contemplation on submission and domination, the laborious and the automated. Raquel believes the artist herself would have taken the same view. “Instinctively, she really liked the way the film captured the process, because her work really was about process,” she says.

Today, the micro-documentarian power of the selfie and Snapchat is at its peak, and new media art often exports distorted representations of the human likeness. The magnetism of Mendieta’s intimate, pseudo-autobiographical filmworks makes more sense than ever: of the 104 works comprising the collection, the artist herself is physically present in 37 of them.

In reviewing Mendieta’s filmworks, the quick realization of the thematic arcs that would dominate her later work astonishes Raquel. “You can see how many films she made until she actually made Chicken Movie, Chicken Piece,” she says, referring to the 1972 filmwork that incorporates death, the artist’s naked body and chicken feathers, all of which would feature prominently in later works. “There aren’t that many. She moved really quickly to these themes that she worked with [for some time].”

Mendieta also exhibited a marked ingenuity in her approach to filmmaking. Her first film, Untitled from 1971, showed the artist making physical inscriptions on the emulsion of the celluloid film itself (like trailblazers Stan Brakhage and Norman McLaren) demonstrating a deeply personal way of relating to the medium and a commitment to experimental, unconventional methodology. Mendieta used a variety of film formats, experimented with in-camera editing and captured footage manipulated by video processor secondarily from a monitor for lively, colourful effect. 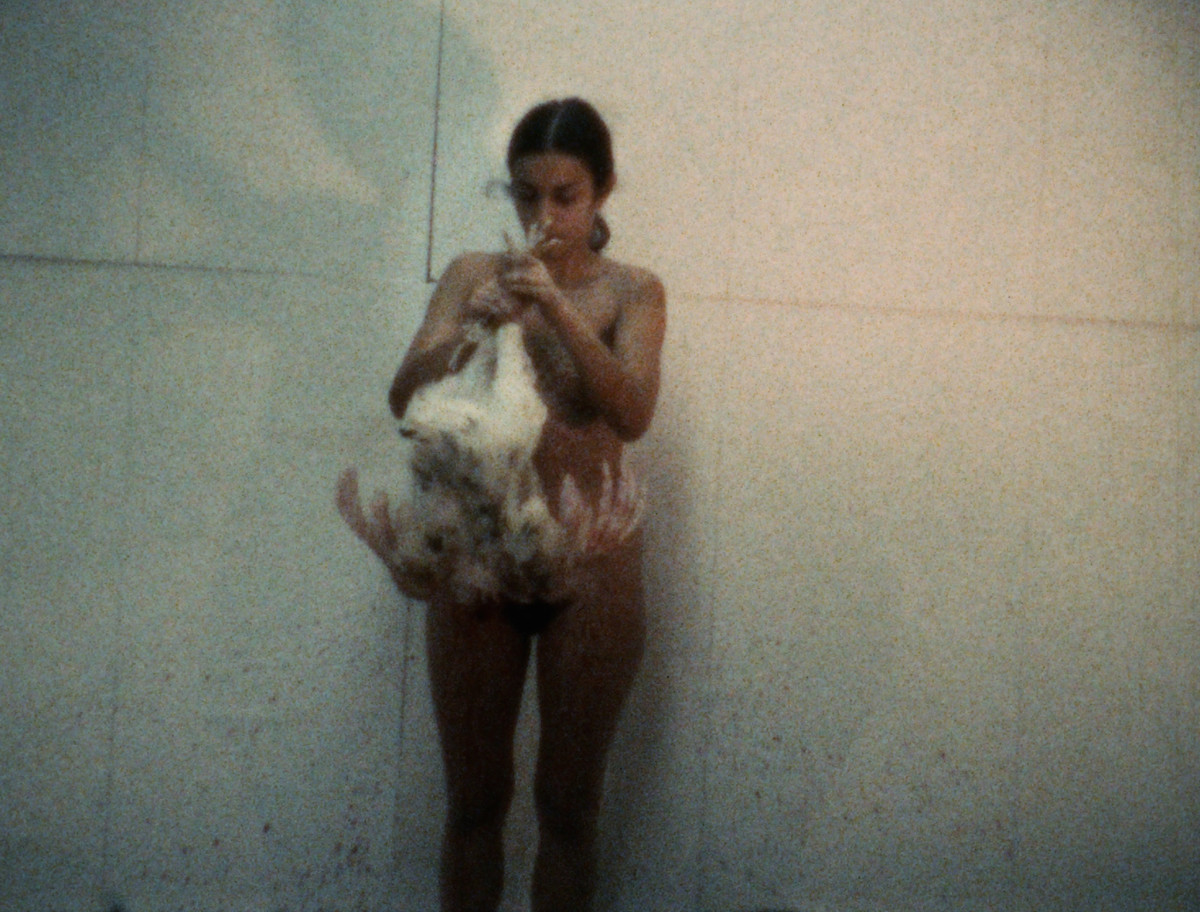 For Raquel, a filmmaker herself whose short documentary Ana Mendieta, Nature Inside is also playing at CONTACT Gallery as part of the exhibition, cataloguing these works revealed a new aspect of her aunt’s artistry. “I laugh when she says that she’s not a filmmaker, you know? I’m like, ‘Well, you kind of were.’”

The screening of Mendieta’s filmworks as part of this year’s Wavelengths programme marks the second time the Estate and Galerie Lelong have endeavored to show her work in a traditional single-screening setting. “Watching it in a theatre setting is very different, and it’s very intense,” Raquel says. “I forgot how audiences interact with her films.” Of the first traditional screening, at Electronic Arts Intermix in New York, Raquel recalls: “We showed [Moffitt Building Piece] where blood seeps onto the sidewalk, and people were chuckling and reacting… it was exciting for me, and I think Ana would have liked it as well.”

The gallery exhibitions where Mendieta’s filmworks have been shown are transformative spaces, drawing on the sensorial effervescence of multiple projection and low lighting to effectively suspend viewers into the landscape with the artist. “When you look at the room… it’s amazing to see these connections come up where you can see her themes,” Raquel comments. “That’s really beautiful and I don’t know if she was ever able to see that herself.”

Where entering the gallery space means submitting to the darkness and disconnecting from our comfortable realities, engaging with Mendieta is, literally and figuratively, about going to the light. Viewers are invited to lock into her vision and reverentially examine the vacancies and prudent borders of her silhouettes. That getting lost, as it turns out, is its own peculiar unearthing.