Their teen angst bullshit is about to have a body count 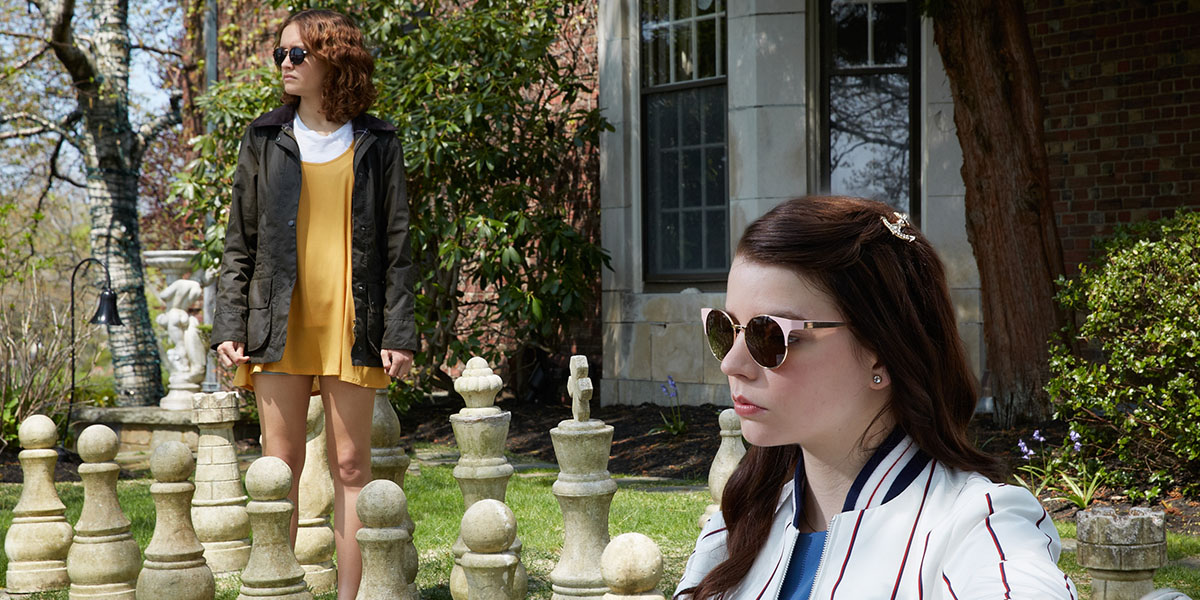 Thoroughbreds was initially a play — and a very play-ish play, too.

There was something about the story that struck me as cinematic, but the draft of the play that we initially sent around during casting was really just two characters talking on a couch for most of the runtime. You can make the type of theatre that's very visual — from Broadway musicals to weird, interpretive downtown experimental theatre — but that's not what I was doing when I was a playwright. I did more dialogue-driven theatre.

The process of adapting Thoroughbreds was to extract the story from the play and find new ways to tell it that were as visual as possible. I wanted to keep some set-piece dialogue moments that really captured what I was going for with the story. I’d certainly condense them, but I did want to have these longer dialogue scenes that were more typical in plays. To keep a good balance of cinematic language, I filled out the rest of the screenplay with moments that were almost purely visual — silent scenes and stuff that felt as far as possible from what you could do on stage. My cinematographer Lyle Vincent and I went for a more heightened style than we might have otherwise, partly just because we wanted to make sure Thoroughbreds wasn't just a play-as-a-movie — that it didn't feel like, "why are we watching this play on a screen?" 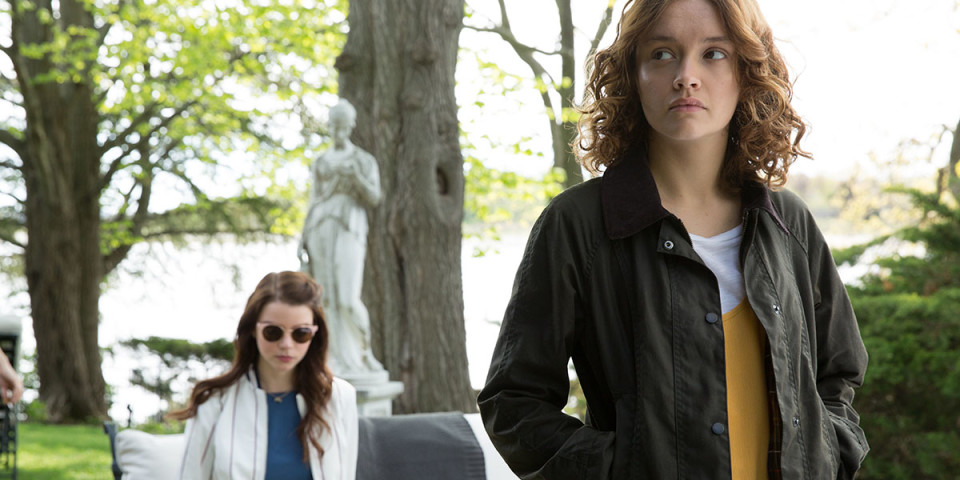 The playwrights that really inspired me were all in this tradition that was started by Harold Pinter, the great English dramatist — these playwrights who do a lot with subtext and silence, an unspoken menace. To make those silences work on screen, I had Olivia Cooke and Anya Taylor-Joy. They're both very grounded, versatile actors who make smart and unusual choices, which was really important for this. I knew that the movie would be carried by these two performances, so I was looking for two actors who I thought were extremely compelling and nuanced, where I wouldn't know exactly what they were going to do next, but I knew it was going to be exciting. That’s Olivia and Anya. 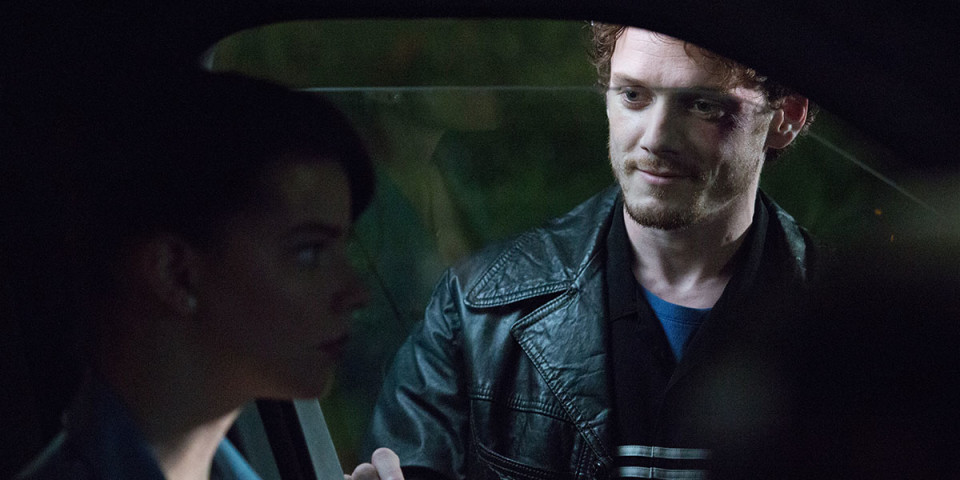 Anton Yelchin's Tim is cornered like a (gun-toting) rat.

Sidebar:
To Anton, with Love
(Thoroughbreds completed principal photography on June 5, 2016 — two weeks before co-star Anton Yelchin was killed in an accident.)

I did feel a responsibility, after, in directing Anton’s last film. I knew from the first day he was on set that we were getting this amazing performance. It's a role that's pivotal and tonally hard-won. It could have really gone off the tracks, but he made it something so emotional and complex. There was a lot of shock and sadness around his passing, and I wanted to do right by him. But, ultimately, we all decided that the way to do that was to edit the strongest performance possible, which was very easy because everything he'd given us was gold. I always knew he’d be a part of the movie that people would be really drawn to and impressed by. We were all very lucky to have had that time to know him and work with him.

Do I see myself in these characters? I do and I don't. Hopefully it doesn't feel this way — I don't think it does — but there's a lot of deep, soul-searching therapy going on on my part in the film. In any good piece of writing, you're always putting some of your own characteristics into characters and investigating them. In me, there’s both Amanda's emotional numbness and Lily’s inability to put her own emotions in context — both of these are parts of myself that I wrestle with a lot — so their story still feels very personal to me, but it's certainly not anything close to my own experience at that age.

Without getting too Black Mirror about it, we're living at a time where technology is shaping the way we see ourselves and how we see the world. It’s become easy — because of how we now interact with reality: through an interface — to get self-absorbed, and in a way there's something very self-absorbed about narrative storytelling, and being a director. Our narcissism is a topic that's ripe for investigation, and it’s something we should be processing and thinking about. With Amanda and Lily, I was trying to be true to their characters and do something interesting with the genre as much as I was trying to say something.

American culture still has some deep-seated, regressive beliefs about the place of women, and behaviour expected of women, so for some audiences there's always something a little bit uncomfortable about female characters defying those norms. I would hope we're past a lot of that, but those things still linger. For me, I never mind a character not being a good person or not being someone you'd want to hang out with. It's just important that the character feels real, so that you can invest in them and invest in what happens to them — not whether you like them or not.

When writing Amanda and Lily, I was definitely thinking about that relationship between audience and character. I think that can be a really exciting line to play on. It’s not just about “is this character bad enough that I can’t endorse them?” It’s more: “At what point do I stop being on their side?” It’s a really interesting thing you can do in films. I always think of the ending of There Will Be Blood, which is one of my favourite film endings ever. It’s this beautiful moment — and a very polarizing moment — where a character that's maybe been an antihero fully blooms into this complicated villain. It’s such a satisfying ending. 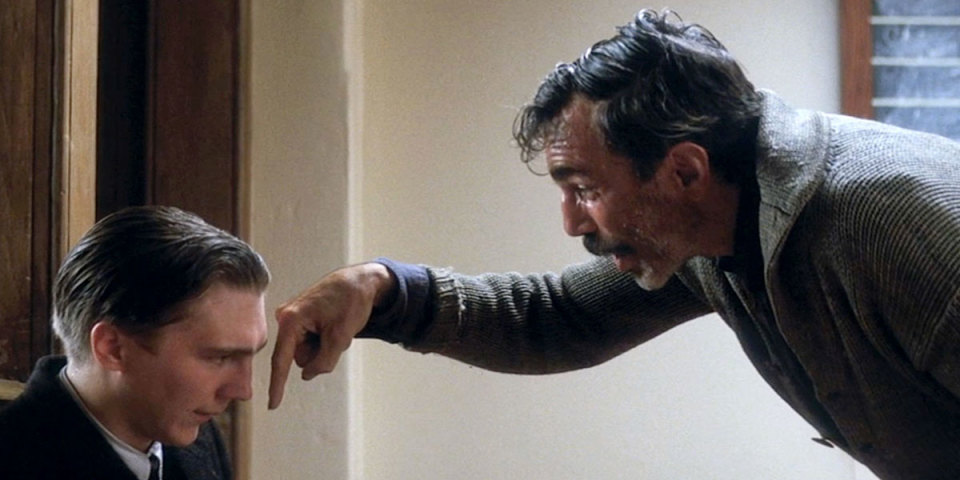 There Will Be Blood's Daniel Day-Lewis drinks up Paul Dano’s milkshake.

The femme fatale type has existed in film for a long time, and if there's any innovation happening right now, it's that that type is no longer the dangerous, unknowable woman who only exists relative to the man who's at the centre of the story. There are now these roles where these great, complicated women are at the centre. It’s really exciting. I hope we continue to get more movies that centre on female characters, and that do it in a whole variety of genres that have been male-dominated in the past.

A vegetarian student (Garance Marillier) at a veterinary college develops an insatiable lust for flesh in Raw.

Speaking of…
A Recommendation:
Raw (Festival '16)

The movie that I keep evangelizing for — that more people need to see — is Raw  (which shocked audiences at TIFF's Midnight Madness section in 2016), a movie by Julia Ducournau that came out last year in theatres. People are sometimes afraid to see it because of the subject matter, the cannibalism, but I’ll use this opportunity to plug it. It was my favourite movie of last year — bar none.

React to The Review:

We believe a powerful film or work of art — or, uh, email newsletter — should generate a reaction. Got something to say? Send us a letter.
Browse more of The Review

In Conversation With... Amandla Stenberg