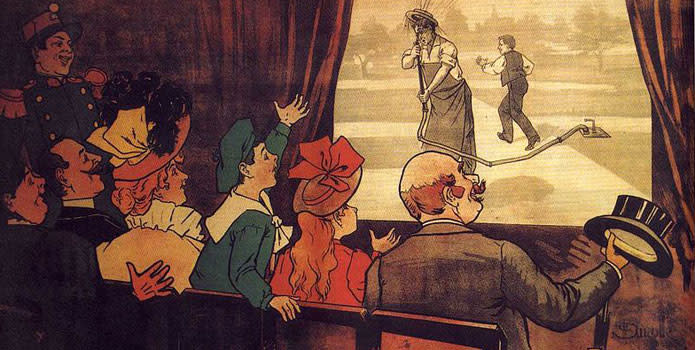 Aboubakar Sanogo on The Lumière Brothers and Africa

Film scholar and curator Aboubakar Sanogo presented a lecture for students and faculty on the work of the Lumière brothers in and on Africa and the resulting films they produced between 1896 and 1903.

Post-secondary students and faculty joined film scholar and curator Aboubakar Sanogo as he examined the work of the Lumière brothers in and on Africa from 1896 to 1903. In having conducted the first ever comprehensive study of what he referred to as the "Lumière Africa Corpus," Professor Sanogo examined some one hundred restored Lumière films out of their total output of 1,425 works. This research took us away from the usual Arrival of the Train (1896), Baby's Lunch (1895), or Workers Leaving Factory (1895), to analyze genres created by Lumière operators, such as Alexandre Promio, as part of the encounter between the Cinèmatographe and the African continent. Professor Sanogo's lecture also unearthed early experiments with continuity editing which raised fundamental questions regarding periodization in early cinema. As a result, Professor Sanogo interrogated the "cinema of attractions" as the dominant mode of accounting for this early cinematic output. Other topics included: early colonial cinema and documentary film as it relates to the "Lumière Africa Corpus". This Higher Learning event was held on February 4, 2011 at TIFF Bell Lightbox.