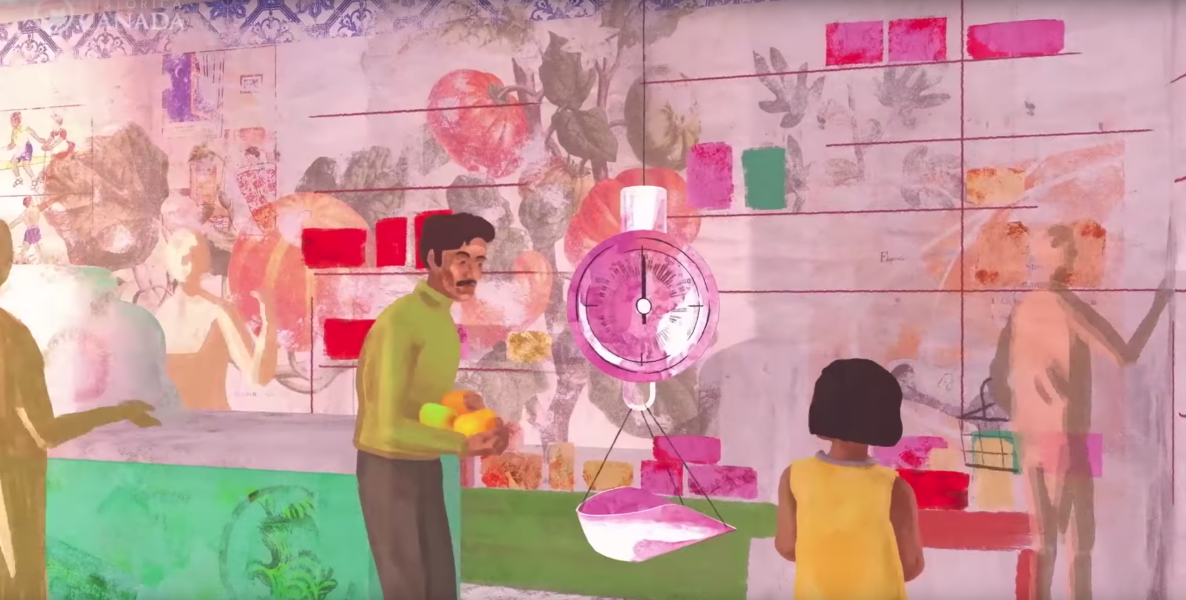 A Part of Our Heritage

If you were a Canadian child of the ’90s who spent their adolescence glued to the television, there’s a good chance you learned about the history of Canada in 60-second increments. The Heritage Minutes series, which aired on CBC and CTV between 1991 and 2001 before its online resurgence in 2012, has woven its way into our understanding of what it means to be Canadian.

The goal of the program, which was created, narrated, scripted and developed by Canadian broadcaster Patrick Watson, was to “recreate events of importance, accomplishment, and bravery in our country’s history,” according to its institutional parent Historica Canada; these included the real-life identity of Winnie the Pooh, a tribute to Canadian WWII pilot bomber Andrew Mynarski (who gave his own life saving that of his friend), and the legal precedent set in 1929 by the Famous Five that women were, indeed, persons. Attesting to the series' impact on our national consciousness, these kitschy-yet-informative televisual history lessons have been (lovingly) parodied by such programs as The Rick Mercer Report, the Comedy Network’s “Sacrilege Moments,” This Hour Has 22 Minutes, and The Beaverton with spoofs that chronicle such milestones as the drunken history of the donair, the creation of Degrassi, and the invention of the ketchup chip.

Today on The Review, TIFF premieres a brand new Heritage Minute — the series’ first ever animated entry — for an audience now learning their Canadian history on the internet. The piece chronicles the origins of Toronto’s Kensington Market, which grew from a small-scale Jewish immigrant market of fruit vendors and kosher butcher shops to a bustling downtown community accessible for any newcomer.

Below, we spotlight five more “firsts” from the historical series that remains, as the series’ narration always reminded us, “a part of our heritage.”

In the Heritage Minute most likely to be a Guy Maddin movie, neurosurgeon Dr. Wilder Penfield (Frank Fontaine) prods the surface of his subject’s brain as he searches for a neural link between the patient’s seizures and her sense of smell. The short culminates in a piece of dialogue that has since become the de facto catchphrase of the Minutes franchise: “I smell burnt toast!” (Interestingly enough, the line was improvised by actor Susan Glover.)

In a lengthy, surreal monologue, MP John Matheson (Peter MacNeil) describes the challenges facing the 1964 parliamentary committee that must determine what design will end up on the Canadian national flag. YouTube commenter TheCanadiangirl410 says it best: “Love this Heritage Minute but can’t help but find it hilarious that a grown man is wandering around in a closed, dark room talking about flags.”

Narrated in the Inuit language of Inuktitut, this profile of the pioneering Indigenous artist Kenojuak Ashevak was the first Minute in a language other than English or French.

Telling the story of Chanie Wenjack, an Indigenous child who died in Canada’s residential school system in 1966, this Minute was narrated by Wenjack’s surviving sister, another of the 80,000 children afflicted by this national tragedy.

First Minute to Profile a Woman of Colour: “Viola Desmond” (2016)

A Black female entrepreneur who was imprisoned for 12 hours after refusing to leave a “whites-only” section of a Halifax movie theatre in 1946, Viola Desmond had her story told by Heritage Minutes the same year that she was selected to be the first Canadian woman to grace the $10 bill. (For more on Desmond’s story, see this article written for The Review.)

Want more Can-con? Explore the Canada on Screen Digital Catalogue to see the 150 essential Canadian moving-image works which were selected by TIFF.